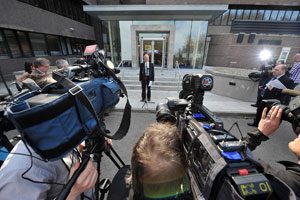 GERRY ADAMS:  ‘For the first time since Partition, there is a justice minister accountable to a locally elected assembly’