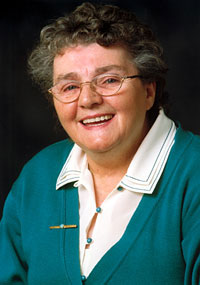 Pledging allegiance to the Queen of England

No one with any integrity would argue that the Good Friday Agreement has ‘normalised’ what is referred to as Anglo Irish relations. Indeed the historical relationships between the two islands has never been either normal or friendly mainly due to the imperialist aggressive nature of the British State headed up by the Monarchy.
It is to this Monarchy, and its current Queen, that the newly elected  members of the Westminster parliament will swear an oath, pledging their allegiance and loyalty to the Sovereign. The precise wording of this oath which all members are required to utter, states:
“I swear by Almighty God that I will be faithful and bear true allegiance to her Majesty Queen Elizabeth, her heirs and successors, according to law, so help me God.”
Members who object to the word ‘God’ can make a solemn affirmation using the same language of allegiance to the British Queen.
The taking of such an oath is highly significant, especially for those who claim to be Irish nationalists. Under the English unwritten constitution the Sovereign ‘personifies the State, is an integral part of the legislature, is commander in chief of all the armed British forces of the Crown and is the supreme governor of the Church of England.’
Those elected to the British Parliament are legally obliged to swear their loyalty and service to this unelected Monarch as a pre-requisite to taking their seats. The historical origins of this antiquated ritual lies in the breach between England and the Church of Rome. Indeed the Oath of Supremacy was primarily directed at preventing Roman Catholics from holding public office, a situation carried through to the present day by the 1701 Act of Settlement which still prohibits Catholics or anyone married to a Catholic from becoming British head of state.
Swearing allegiance to a Monarch who presides over an inherently sectarian state is bad enough but for those who present themselves for election on a working-class or a people-before-profit ticket, the concept of a hereditary monarchy steeped in wealth and privilege to which they must swear their allegiance and loyalty, is surely a contradiction and an affront to the very concept of democracy.
Sinn Féin has consistently refused to engage in this supremacist and deeply offensive sectarian ritual for admittance to an institution that still promotes itself as the Mother of Parliaments and the centre of an imperial empire.
Despite being denied their salaries the elected Sinn Féin members represent their constituents at Westminster level by effective lobbying and one to one access to British Ministers. It’s certainly more effective than talking to themselves and the empty chamber that has come to typify ‘Northern Ireland’ question time at Westminster.
Martin Mc Guinness, when first elected to Westminster, took the matter of the oath to the European Court of Human Rights although the case was denied as inadmissible on the basis that an oath of allegiance to a reigning monarch “is reasonably viewed by a Court as an affirmation of loyalty to the constitutional principle of the British State”.
One wonders if the European Court was talking about the ‘constitutional principles’ of a Monarch whose Government sent its armies to shoot peaceful demonstrators of the streets of Derry on Bloody Sunday.
The elected members in the new Westminster Parliament need to remember as they stand with hands on bibles, that they are swearing to be faithful to a Monarch whose armed forces and intelligence services colluded with Unionists paramilitaries in the murders of over 1,000 Irish men, women and children.
Those who swear with heart and hand continue to lend credibility to this anti-democratic and supremacist ritual. Members of the Assembly, the PSNI and other bodies in the North are only obliged to take a pledge of office to promote the principles of fairness and equality.