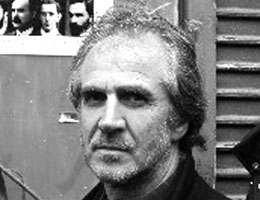 It’s up to Gormley now

The National Monument at 14 to 17 Moore Street, last meeting place of the leaders of the 1916 Rising, is under its greatest threat after An Bord Pleanála approved planning permission for a massive shopping mall development by chartered Land Ltd. which will reduce the historic site to a façade, engulfed by a shopping mall.
The Bord decision came despite an appeal by relatives of the 1916 leaders and by an all-party group of TDs and Senators. Together with the Save Moore St. Campaign, they are seeking the preservation in full of the buildings and streetscape around 14 to 17 Moore St. where the GPO garrison evacuated at the end of Easter Week 1916 and where the Provisional Government of the Irish Republic held its last meeting, around the bed of the wounded James Connolly.
James Connolly Heron, grandson of James Connolly, told An Phoblacht this week that the fate of the buildings, which are a legally designated National Monument, now rests with Environment, Heritage and Local Government Minister John Gormley. “The Minister has the power to refuse permission for such a development in the vicinity of a National Monument,” said Connolly Heron.
The Save Moore Street Campaign has issued an urgent appeal:
“The National Monument as designated honours, in the name of the people by its adoption by both Houses of the Oireachtas, the men and women of 1916. It is in effect, or most certainly ought to be seen to be, the property of the people.
“Chartered Land and their agents have shown in their original application and in the revised plan a breathtaking disregard for its status and standing in order to further their commercial interests.
“No planning authority or Planning Board could possibly countenance this plan if acting in the best interests of this city and in the national interest. The entire area of a National Monument deserves the protection of State bodies unless extraordinary circumstance dictates otherwise.
“The Minister by virtue of Preservation Order No.1 of 2007 undertakes the preservation of the National Monument. The Minister must now carry out his duty in line with that order and immediately take all necessary steps to ensure its protection and preservation for future generations. We call on the Minister to refuse to consent to any development of the Carlton site that does not guarantee and honour the status of the 1916 National Monument.”

The Save Moore Street Campaign is urging members of the public to support the call for the preservation and security of 14-17 Moore St. by writing to: