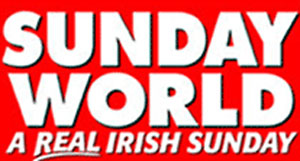 On 21 February the Sunday World apologised to Joe Whelan about an article accusing him of engaging in criminal activity. The Sunday World accepted that the allegations made by their columnist Paul Williams in July 2007, were false.  They also paid legal fees and damages in relation to this.
The Sunday World has been one of the worst offenders when it comes to attacks on republicans and very often the hints and innuendoes involved are very hard to challenge.
In this case very specific allegations were made against Joe Whelan and he immediately challenged them legally.  It took almost three years to come to court. It was only as the case was ready to begin in the High Court that they finally accepted that these allegations were entirely false.
Of course the apology, on page 44, did not have the same headline or prominence as the original article, but nonetheless this is an important case.  Cases such as these hopefully will lay down a marker for those in politics and the media who want to abuse their positions of influence to make false accusations.
An Phoblacht
44 Parnell Sq.
Dublin 1
Ireland