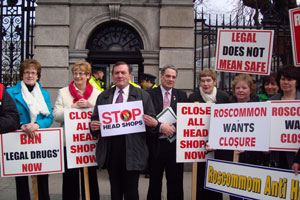 Dublin Mid West Sinn Féin last weekend held a protest outside Green Dayz, a ‘head shop’ in Clondalkin, after being contacted by numerous concerned residents in the area