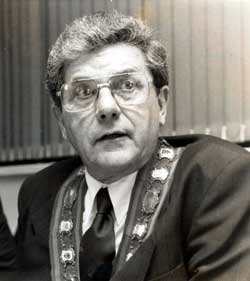 North Belfast Sinn Féin Assembly member Cathy Stanton has said the Orange Order needs to recognise that its activities result in serious violence and cause massive disruption to many people. Stanton's remarks come after a week of violent incidents directly linked to the Order's 12th activities and which are covered extensively in this week's An Phoblacht.

The past week seen a litany of violent incidents including a UVF firing party at a Belfast City Council-sponsored bonfire on the Newtownards Road. The armed and masked gang also read out a statement threatening to destroy‚ the rival LVF gang; a UDA firing party in Ballysillan; business premises burned in Cregagh area as result of an eleventh night bonfire; 30 Homes evacuated after gas pipe ruptured by bonfire in East Belfast; A taxi and passengers were attacked by loyalists in Blacks Road; A PSNI weapon and radio were stolen following attack on the PSNI by crowd at a 12th bonfire.

Meanwhile a woman was seriously sexually assaulted after a bonfire in Bangor. Orange supporters threw missiles at Ormeau Road residents from Stranmillis Embankment witnessed by a Parades Commission Official; A Catholic Church was attacked and daubed with sectarian graffiti in Ballymena; St Matthew's Church in East Belfast faced a protest by supporters of the Orange Order demanding the right to play sectarian tunes outside the Church; a Catholic family were driven out of Ahoghill and a Catholic home was fire bombed on the Crumlin Road.

Cathy Stanton has drawn attention to the fact that in addition to all of this senior Orangeman, Deputy Grand Master McMurdie, interviewed on BBC on Monday the eleventh, regarding links between the Order and unionist paramilitary gangs said: "They are on our side. We might not agree with everything they do but they have been helpful to brethren in North and West Belfast"

Cathy Stanton said: "The Orange Order have this summer embarked upon a strategy to cause massive disruption, particularly in Belfast. They cannot be allowed to hold the rest of the population to ransom summer after summer. It is time that they accepted that they have to treat nationalists with respect and equality. Dialogue is the way forward. They cannot be allowed to run away from this reality any longer. The Parades Commission has to stop rewarding intransigence.