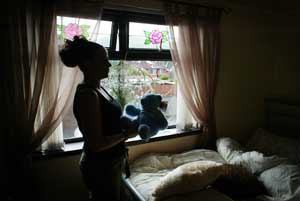 Sectarian attacks against the nationalist community have continued in the wake of the 12 July marches. Unionist gangs have attacked nationalist homes throughout Belfast while nationalists in Ballymena, Derry, Coleraine and Castlederg also bore the brunt of the violence with hoax bombs left at one home and a number of Coleraine nationalists being warned of loyalist threats against them.

However the most serious incidents occurred in North Belfast and in Carrickfergus, County Antrim when lethal blast bombs were thrown at two houses. A device containing ballbearings and other deadly material was thrown through the living room of a house in Carrickfergus on Saturday night. Less than 24 hours earlier a similar device was thrown at a house in North Belfast. Luckily there were no injuries sustained in either attack.

The occupant of the house in Carrickfergus, a single parent with one child, was not in when the bomb was fired through the window of the house at around 11pm on Saturday. Two masked men were seen running from the scene

In the early hours of Saturday morning 16 July, mother of two Sharon O'Shea escaped with minor injuries after a bomb attack. Unionists targeted O'Shea's home in the Mountainview area, near Ardoyne and close to where Orangemen and their hangers on passed during the 12 July march which led to serious violence in Ardoyne.

In that attack, carried out just after midnight on Saturday, the bomb was thrown at O'Shea's bedroom window. Although the device broke the glass it, luckily, fell to the garden where it exploded leaving a crater in the ground, destroyed an iron gate and blew out a downstairs window as well as the glass in a parked car.

Describing the attack as an attempt to kill, Sharon O'Shea explained that her two boys, aged six months and three years, were staying with their father.

She went on to say that the baby's cot, which is placed just below her bedroom window, was covered in glass from the broken window: "If the bomb had actually come through that window I would have been killed. If this had happened last weekend my wee baby would have been hit with glass."

Sinn Féin MLA Michael Ferguson has called on the DUP's Diane Dodds to meet with him and other community representatives following the blast-bomb attack and a stoning attack on two Protestant homes in Blacks Road.

Diane Dodds, MLA for West Belfast visited the Blacks Road area to condemn the attack. According to Michael Ferguson also a West Belfast MLA this doesn't go far enough. "With election to office comes responsibility. When dealing with peace, reconciliation and conflict resolution, that means taking a hands-on approach and giving leadership as we have done in both North and West Belfast in an attempt to deal with the Orange marches.

"I am asking Diane Dodds on one hand to meet with me and other community representatives from Blacks Road to address the ongoing conflict there that began when a 100-strong group of loyalists went into Lenadoon on the 11 July. On the other hand I would ask Diane to encourage the Orange Order to meet with their Catholic neighbours from Mountainview and Ardoyne to undermine the rationale of loyalists inflicting mayhem on nationalists during the marching season every year. Last night's attack is one more example of this."

"It is not enough for Diane to simply drive into an area and make statements of condemnation. We must both condemn attacks from whatever side and then she must join with me in taking responsible action to bring such attacks to an end."

According to McClenaghan the unionists, in a bogus attempt to justify their actions, claimed that houses in the Glenbryn area had been targeted.

"These thugs came down from Glenbryn and attacked the first couple of houses on Alliance Avenue. There was an unmarked PSNI vehicle in the street and the crew witnessed the attack but did nothing.

"The loyalists were brazen enough to walk up the garden path of one of the houses and threaten the owners saying they would be back to get them".

This was at about 4.30am on Sunday morning. Later on that day a gang of up to 30 loyalists, including senior UDA members, walked down to the Ardoyne Road in an attempt to stir up trouble and precipitated stone throwing between nationalist and loyalist youths, across the peaceline, which lasted until 10pm.

McClenaghan said the PSNI did more to heighten the tension through their attitude to nationalist residents.

"They told the residents to, 'F*** off', when they asked them to go into Glenbryn and deal with the loyalist stone throwers. Is it any wonder nationalists look on the PSNI in the same way as they looked on the RUC despite all the claims that they are different?"