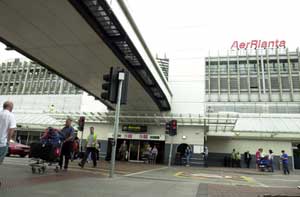 The Irish Government's climate change strategy was in tatters last week after Finance Minister Charlie McCreevy decided three months ahead of the usual budget day announcements that cabinet plans for the introduction of a carbon tax were being shelved.

The decision leaves the Government's commitments to reduce greenhouse gas emissions to only 13% above their 1990 levels largely unmet and with no ideas on how they will actually cut carbon pollution.

"The Government's response to its obligations under the Kyoto protocol has been abysmal and as such the announcement by the Minister for Finance Charlie McCreevy of a u-turn on the introduction of carbon taxes should not come as too much of a surprise".

"It is obvious that there must now be a review of National Climate Change Strategy following the abandonment of a significant instrument for the reduction of emissions included in that strategy. The Minister for Environment must set out exactly how the Government intends to comply with its obligations under Kyoto."

Last year Enterprise and Employment Minister Mary Harney allowed polluting Irish businesses enter emission trading agreements where they continue to pollute but buy emissions licenses from other EU states that do not have growing greenhouse gas emissions. This is not a carbon CO2 reduction strategy. In fact the businesses are exporting pollution.

It seemed that the Irish business community were tmost happy with the McCreevy u-turn; both IBEC and the SFA welcomed the decision. IBEC's Brendan Butler pointed out that greenhouse gas emissions had fallen by 3.3% in 2003 and 1.6% in 2002 with emissions from the business community falling by 14% over the same period.

This might sound like progress but currently emissions are already 25% higher than when the Government agreed to cap the emissions. In the period 1994 to 2000 CO2 emissions increased by 19% with an 82% increase in transport sector emissions.

There has been little progress on other elements of the climate change strategy such as a greater focus on renewable energy or the replacement of coal burning power with the less pollutant gas.

Added to this is a massive road building programme in the 26 Counties with an overriding emphasis on private transport it seems that a proper efficient and C02 reduction strategy is some way off.