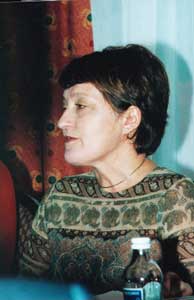 The family of the murdered Belfast solicitor Pat Finucane has reiterated their demand for a fully independent judicial public inquiry following the conviction of Ken Barrett.

Barrett, a former Special Branch agent pleaded guilty to a series of charges which included the murder of Pat Finucane, the attempted murder of his wife Geraldine and of two others in 1991. He also pleaded guilty to possession of weapons and membership of the UDA. Sentencing will be carried out tomorrow (Friday).

The conviction followed a 'sting' operation in which Barrett, believing he was being recruited to work for a criminal gang, cited his record of killings as a way of recommending himself. He was subsequently arrested.

But this wasn't the first time Barrett had boasted of his involvement in the Finucane murder. Over ten years ago Barrett gave RUC CID officer Johnston Brown a detailed account of the killing. At the time Barrett was seeking recruitment as a Special Branch agent and, as with the later 'sting', he used details of his role in the Finucane killing to impress his potential employers.

The fact that RUC Special Branch subsequently recruited Barrett as an agent while suppressing evidence of his guilt tells us more about that organisation than Barrett himself.

Brown secretly recorded Barrett's admissions. Special Branch insisted on a rerun of the interview but this time Brown was instructed not to mention Finucane. At the time the CID officer did not understand why. Years later it was revealed that the first tape had been substituted by the second. Brown narrowly escaped facing serious charges after he appeared to be lying to the Stevens team about the taped confession. The substitution of the incriminating tape was exposed by a passing reference by Barrett to a killing that had taken place after the first tape had been recorded. Brown has also alleged Special Branch attempted to set him up to be killed by loyalists and threatened to falsify incriminating evidence against his son.

Speaking after the conviction Geraldine Finucane said that the one obstacle the British government had said stood in the way of Judge Cory's recommendation of an inquiry had been removed. She said that Barrett's conviction brought "no closure and no peace" for her family.

Many viewed pursuit of a criminal case against Barrett as another stalling tactic in a litany of delays that have included three separate inquiries by John Stevens and consideration by the Canadian Judge Peter Cory.

Despite the British government and their agencies' best efforts to keep collusion under wraps many aspects of the Finucane murder plot are known. To date it has been established that almost every detail was directed by British state operatives.

The weapons were supplied to the loyalist gang by William Stobie a Special Branch agent at the time. The weaponry came from the UDR. Intelligence was supplied by the counter insurgency Force Research Unit (FRU) agent Brian Nelson. The FRU also took Nelson to Finucane's house and on the night of the killing cleared the area of all other crown force personnel to give the gang a clear run.

Following Barrett's conviction, Sinn Fein President Gerry Adams described the guilty plea "as reminiscent of the Nelson trial" and said it came about "as the result of a sordid deal brokered by the British system to ensure that the collusion cover up continues."

Adams said that elements at the heart of the British system who manipulated and directed the activities of unionist death squads, were determined to keep the full extent of their activities beyond the scrutiny of open court.