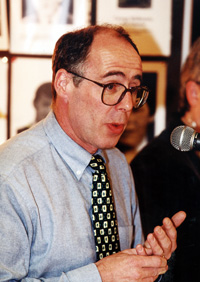 The ill-fated Human Rights Commission was plunged into further crisis this week when yet another commissioner resigned. Patricia Kelly, who had been a commissioner since the body was established in 1999, and another colleague, Frank McGuinness, stopped short of resigning in September last year.

They withdrew from the day-to-day running of the Commission, citing the Bill of Rights and the Holy Cross issue. At the time, they called for the resignation of the Chief Commissioner Brice Dickson. Despite repeated calls for his resignation, backed by both Sinn Féin and the SDLP, Dickson prolonged refusal lead to a string of resignations by his former colleagues.

In 2002 Inez McCormack and Christine Bell resigned, citing the same issues, and in 2003 Patrick Yu resigned, raising similar concerns. At its height, the Commission had 13 commissioners. That number has now dropped to six.

Announcing her resignation last week, Patricia Kelly said she believed that the commission had been "set up to fail" by the NIO. Kelly said the NIO appeared to be content with the mess the Human Rights Commission is in.

Earlier this year, the NIO announced that a new team of commissioners were being sought and that it would mark a "new beginning" for the Commission. Patricia Kelly says she now believes that this too is "flawed".

Two years ago, a review of the Commission's powers and more recently a report compiled by a Westminster committee concluded that the body needed greater powers and a larger budget. Currently, the Commission cannot compel individuals to disclose information and relies on the NIO to fund major protects, effectively giving the NIO a veto.

"The 2001 review has still not been acted upon," said Kelly. "This is sending out a message that the NIO does not want to address these issues." Kelly went on to point out that the Commission was not only inadequately funded but that it also failed to meet international standards in terms of the its powers to operate independently.

"This raises the question, was it set up in the first place to fail?" said Kelly. "The parliamentary report recommended the introduction of a specific statutory duty for the commission to operate with independence and impartiality. The NIO never acted to introduce such a duty and, given the interference of the NIO in the drafting of the Commission's action plan, this is a very serious cause of concern."

Indeed, far from the promise of a new beginning, there is evidence that the NIO plans to downgrade the Commission further. A recent advertisement for the new Chief Commissioner's post [Dickson is due to leave office in March 2005] suggested that the role was part time. "And they are ambiguous about the number of commissioners to be recruited," said Kelly.

Kelly went on to suggest that it was unclear whether those being sought as commissioners are to have proper human rights experience prior to their appointment. "This is a downgrading of the commission," said Kelly.

Under the questionable guidance of Brice Dickson, the Human Rights Commission began to fall apart almost as soon as it was constituted. The dispute within the commission around the unionist paramilitary blockade of Holy Cross Catholic girls school sent shock waves from which the body has yet to recover.

Brice Dickson foolishly identified the Holy Cross blockade as a issue of "contending rights", the children's right to walk to school and the residents' right to protest. This was blatant nonsense and was exposed as such by the international media.

Holy Cross was a sectarian and violent attack against one of the most vulnerable sections of the nationalist community, perpetuated by the racist thuggery of unionist paramilitaries. Dickson's position split the Commission and when it later emerged that he undermined a case taken by a Holy Cross mother against the PSNI policing of the blockade, his reputation and that of the Commission he headed was seriously damaged.