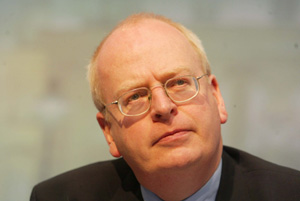 This year is the 30th anniversary of the Dublin and Monaghan bombings. For eight of those years, the survivors and the bereaved relatives of the dead have been campaigning for a full international public inquiry into the atrocities. It was a demand that pre-dated the establishment of the Justice for the Forgotten group in 1996 but which they have championed ever since. Some families who choose not to be represented by the group have also made clear their demand for a full public inquiry.

So where has the resistance to this demand come from? The answer is clear — from the London and Dublin Governments. That was clearly exposed once again in the latest Dáil debate on the issue, which took place on 1 July.

Last March, a special sub-committee of the Oireachtas Committee on Justice, Equality, Defence and Women's Rights issued a report. The previous December, the report of Judge Henry Barron on the Dublin and Monaghan bombings had been referred to them and they had been asked to make an assessment and to come up with recommendations on the next step. The 'private inquiry' by Judge Barron was the Fianna Fáil/PD Government's response to the demand for a full public inquiry. While it fell far short of what the families required, most co-operated with it as a step forward. It was referred to the Oireachtas sub-committee and its report was issued three months ago. Only last week did the Dáil finally debate that report.

As the Sinn Féin Dáil leader Caoimhghín Ó Caoláin said, the sub-committee's report was a disappointment. "When the report recommended a Cory-type investigation in the North, it stated that the judge conducting the investigation could recommend further action, including whether a public inquiry in either jurisdiction should be held. Yet, in Mr Justice Barron's report, the sub-committee had more than enough evidence to call, in its own right, for a public inquiry covering both jurisdictions. However, the majority of the committee failed to do so," pointed out Ó Caoláin. He paid tribute to the minority view of sub-committee member Finian McGrath TD, who held out for a public inquiry.

Both Ó Caoláin and Sinn Féin Justice spokesperson Aengus Ó Snodaigh highlighted parts of the sub-committee report which Minister for Justice, Equality and Law Reform Michael McDowell chose to ignore in his Dáil speech. One was for a motion endorsing the sub-committee's recommendations to be passed by the Dáil and Seanad and conveyed to the British Government for passage in the Westminster parliament also. Yet McDowell presented no motion to the Dáil last week and revealed that, though the sub-committee report was published in March, the government is only now about to consider its recommendations.

Another finding highlighted by Ó Snodaigh was that the government should consider taking a case against the British Government to the European Court of Human Rights if they persist in their non-co-operation with the search for truth and justice. Justice for the Forgotten, on their own behalf, announced just days before the Dáil debate that they are to take such a case and Ó Snodaigh urged the government to "fully support them with all the necessary resources.

"Stonewalling" was how Ó Caoláin described the British attitude to the search for truth. Recently, British direct ruler in the Six Counties, Paul Murphy, wrote in The Irish Times about how he wanted to listen to the voices of victims of the Troubles. "Yet, the same Mr Murphy turned down an invitation from the Oireachtas sub-committee to attend its hearings. The Northern Ireland Office, the PSNI and the North's forensic science department were each invited to send representatives and give evidence at the inquests but refused to do so. This followed their refusal to attend the Oireachtas joint committee's hearings. Their silence and non co-operation exposes their guilt," stated Ó Caoláin.

What had McDowell to say about this obstructionism by the British? He uttered not a word of criticism but instead repeated the "personal assurance" of the British direct ruler that "information was provided in the fullest possible manner, consistent with his responsibilities to protect national security and the lives of individuals". This amounted to what Ó Caoláin described as "meek acceptance" by the 26-County government and he said they lacked "dedication and commitment" to pursue the British on the matter. The government should hold the public inquiry and summon the British Government and "if they refuse to come, let the empty seats expose their position globally".

A key finding of the Barron Report was that the Fine Gael/Labour Government of 1974 did not show sufficient will to investigate the bombings. Aengus Ó Snodaigh said it was important to put this in political context:

"Garda agents systematically supplied the British with information on republicans but this process was actually formalised during the term of the Fine Gael-Labour Party Coalition between 1973 and 1977. British Intelligence became the Garda source of information on loyalists although it was British Intelligence that was directing the operations of loyalists, especially operations in the 26 Counties.

"Information flowed from the Garda through official channels, as agreed by the two governments, and unofficially through British agents in the Garda. Obviously, the role of the Garda in protecting this State from British and loyalist attacks was therefore fatally and deeply compromised but it was following the lead of its political masters, the likes of the then Taoiseach, Liam Cosgrave, the Minister for Justice, Paddy Cooney, and the Minister for Posts and Telegraphs, Conor Cruise-O'Brien, who, in the wake of the massacres in Dublin and Monaghan, blamed republicans for provoking loyalists and warned people in the 26 Counties not to support republicanism."

McDowell reacted with fury to any unfavourable mention of these former Coalition ministers and, earlier, to Jack Lynch. White-faced, he launched into one of his anti-Sinn Féin tirades, saying the republican deputies had "clouded their minds and obtruded on to our consciousness some selective aspect of history about which they want to make points, while washing their hands of their responsibilities for other things which people who were very close to them did which were on a scale equivalent to or worse than some of the atrocities we have discussed this evening".

But McDowell's bluster cannot hide the reality that the subservient relationship of Dublin to London, then and now, has obstructed the search for truth. Fine Gael's Paul McGrath, a member of the sub-committee, repeated the reactionary testimony of Paddy Cooney, who had attended the sub-committee under protest and attacked the Barron Report. McGrath quoted Cooney on his memory of 1974:

"Armed robberies on post offices, banks and mail vans were commonplace. Demonstrations and agitation were being fomented and agitators bussed in. There were hunger strikes and unrest in the prisons. It was a very fraught time."

This was all supposed to excuse the Coalition's behaviour. But a look back at the Dáil debate that followed the bombings shows that the Coalition reaction was to seize upon them as a means of attacking republicans. In his very brief Dáil contribution on 21 May 1974, the then Taoiseach Liam Cosgrave said the blood of the innocent victims was "on the hands of every man who has fired a gun or discharged a bomb in furtherance of the present campaign of violence in these islands". And in case people did not realise he was referring to republicans, he went on to say that "the only unity they are capable of creating is the unity, in opposition, of all decent men and women, their values and methods". Neither Cosgrave nor the then Fianna Fáil leader, Jack Lynch, made any reference whatsoever to British or loyalist involvement. A week later, after the fall of the Power-Sharing Executive, Cosgrave again tried to pin the blame on republicans and stated that "the campaign of the IRA has provoked a massive sectarian backlash".

The Fine Gael speakers in last week's debate failed to mention that their former leader Liam Cosgrave, whom they, and McDowell, were so keen to defend, refused to co-operate with Barron or attend the sub-committee to given evidence. Nor did they comment on the evidence of a Cabinet Minister of the time, Justin Keating, who made perhaps the most revealing point of the three former Coalition ministers who gave evidence (Cooney and Garrret FitzGerald were the others). Keating told the sub-committee:

"If there was to be a revelation of co-operation between British state terrorists and Northern unionist terrorists, the country would have become practically ungovernable. The outrage and reaction here would have been so powerful as to make it ungovernable."

Keating also said he now believed there was collusion (Keating was a Labour Minister and it is worthy of note that only a single Labour TD, sub-committee member Joe Costello, attended and spoke in last week's debate).

The refusal to have any kind of falling out with the British still lies at the root of the Dublin Government's attitude to the search for justice for the survivors and bereaved of Dublin and Monaghan, and of at least 14 other people killed in the 26 Counties by direct British military operations or collusion with loyalists. But after 30 years, the campaigners who went away from the Dáil debate depressed last week are not going to give up. The truth will out.