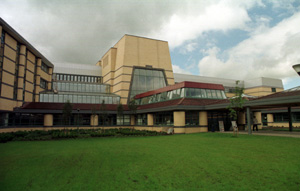 Much was made this week in the media of the poor unfortunate man in Tallaght Accident & Emergency Ward who got off his trolley (so to speak) to relieve himself and on returning, found that the trolley was to be the temporary resting place for another patient-in-waiting.

Although it sounded almost like an urban myth such was the telling and re-telling of the saga, with interchangeable details regarding what happened to him post-trolley takeover, the incident did actually take place. However, it did not happen this week or last week.

The man approached one of the TDs in his constituency — Sinn Féin's Seán Crowe — a few weeks ago having made a complaint to the Patient Advocate in Tallaght hospital regarding the trolley incident, the report of which is yet to be received by the man. Seán Crowe, raising the urgent matter of the continuing crisis of conditions at Tallaght Hospital last week during Matters under the Adjournment in the Dáil, mentioned this incident anecdotally as one of the unbelievable Simpsonesque fiascos that have plagued the A&E Departments of Tallaght hospital (and others) in recent months.

Even though the subsequent statement from Crowe that evening included the incident as one of many to befall the beleaguered hospital and its patients, strangely enough the media only decided to seize upon the story on Tuesday — almost a full week after Crowe spoke about it in the Dáil. Such is the fickleness of the media at times that, when a story was printed on the front page of the Irish Times, regardless of it not being a new story and regardless of the fact that all these media outlets had received the same press statement from Seán Crowe, they suddenly all scrambled for a new angle on the story, ensuring a certain kind of fame for the unsuspecting Tallaght man at the centre of the story.

On Tuesday, every Opposition leader availed themselves an opportunity to deplore the crisis which saw the incident unfold in Tallaght, giving them more than enough ammunition to (rightly) attack Mícheál Martin and his Government again. The story became in danger of taking on satirical status, such was the frequency with which trolleys and Tallaght were mentioned in the same breath, causing one Irish Times journalist to report the next day that the issue sounded like an overheated episode of ER.

However, while this unusual story may have inadvertently caused a certain amount of mirth throughout the Chamber and outside, it was but a cursory glimpse into the chaos and confusion that bedevil the staff who have to work under such difficult conditions. As one newspaper reported, there are many stories of despair and anxiety amongst patients lying on trolleys for days in hospital corridors but many are reluctant to speak out because they fear it would seem an insult or unfair criticism of the staff, when, in fact, the hospital staff are in a no-win situation.

The reason why people in Tallaght and other A&E departments in the country are lying on trolleys, dying on trolleys, arguing over trolleys and giving out figures for trolley cases, (often into the 40s) is simple. This mean, misguided and immoral government will not wake up and smell the morphine; people are suffering, dying, crying in agony and desperation for something to be done to alleviate what many have called a Third World scene, for funding to be made available for newly-built wards, gleaming in their newness and perfection, waiting for the first patients to be treated or operated on but idle because no money is available to run them.

From Tallaght to Blanchardstown to the Health Minister's own hometown of Cork, lie unused, unopened, unfunded departments. Disgrace does not adequately describe such a scenario. In a country that continues to climb the lists of wealthiest, most prosperous and advanced in the 25-country EU, it is highly improper, immoral and criminal for this Government to treat people's health with such disdain and indifference.

If anything is to be learnt from the recent election results, it should be that people need first of all to be looked after properly. Health is a fundamental requirement for any nation. Any amount of perceived prosperity in the shape of new roads, buildings, bridges, airport terminals or state-of-the-art transport systems come secondary when people are deprived of proper healthcare and hospital services.

Perhaps the Government, and in particular the Progressive Democrats, will reflect on that in the coming months before they bestow their brand of governance on the suffering population again in the autumn.