The long journey of Unmanageable Revolutionaries 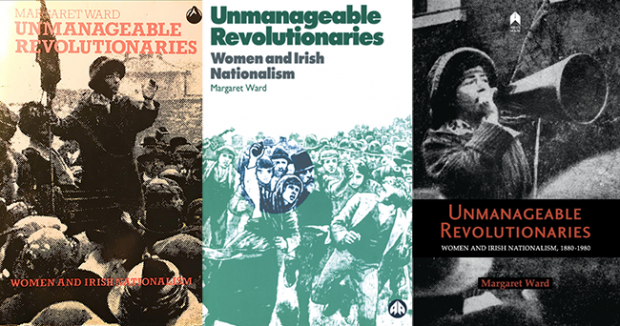 To mark the publishing of a new edition of ‘Unmanageable Revolutionaries: Women and Irish Nationalism 1880-1980’, Margaret Ward writes of the journey she and her work has taken since the book was first published in 1983.

In the mid-1970s, as a postgraduate student in Queen’s University of Belfast, when I proposed researching the history of Irish women’s political involvement, I was told by senior (male) academics that Irish women had not done anything in history – the evidence being that nothing had been written about them. If they had done anything, it would have been written about.

There were no female academics in the Politics department at that time. It was a long struggle before I gained permission to begin my research. I was a feminist activist as well as a student, living through a time of intense conflict, and it seemed crucial that women in contemporary Ireland had a clear understanding of the nature of women’s past involvement in movements for political self-determination. The more I discovered, the more talks I gave to feminist and socialist groups, all eager to learn about our ‘herstory’. The eventual outcome was not an academic dissertation, but a book written for a popular audience.

When ‘Unmanageable Revolutionaries: Women and Irish Nationalism’ was published in 1983, it was widely reviewed and sometimes criticised for having been written “from the perspective of a socialist feminist with nationalist sympathies”. Republican News found it “irritating at times, with its ultra-left reluctance to recognise the progressive dynamic in the nationalist movement”, but said it made a “convincing case for a strong autonomous women’s movement fighting alongside the national liberation organisations, to ensure women are not cheated of victory”.

Reviews from publications outside of the political arena were more on the lines of the Times Literary Supplement, which considered I had made “a real contribution to understanding revolutionary Ireland and…to our understanding of feminism as an aid to arriving at historical truth”.

One of the reviews I most appreciated was from C.S. Andrews, who had lived through those days as an active republican in the War of Independence and the Civil War and knew many of the women activists. He had published two highly-regarded autobiographical accounts of his experiences and his review in the Irish Press concluded “this is a book which must be read by anyone who is interested in the story of modern Ireland. It is well researched, well organised and well written”.

‘Unmanageable Revolutionaries’ was republished in 1989 and again in 1995, this time with a preface that included the campaigning work of Cumann na dTeachtaire, that coalition of republican and feminist women who, in the period of nationalist reorganisation following the Easter Rising, worked hard to ensure women were represented in political and public life and on the executive of Sinn Féin. Their minute book is contained in the Hanna Sheehy Skeffington papers in the National Library of Ireland. Although Hanna was in America for most of the lifetime of this group, it is thanks to her, our greatest feminist campaigner, that we have so many essential archives to inform us of our past. She kept everything in her home, determined that one day a feminist historian would write about those times. 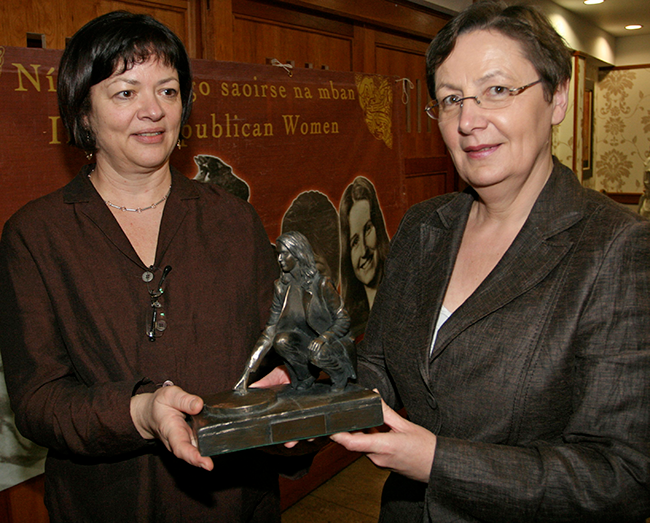 It is interesting to consider how attitudes have changed over the years. In 1983, readers were urged “the book must be used with caution” and people queried why I would use a title that derived from de Valera’s unsympathetic attitudes towards women activists.

Now the phrase ’unmanageable revolutionaries’ has become common parlance to describe the radical nature of much of women’s participation in political movements and research on women’s role during the Irish revolutionary years has become mainstream within academia, thanks to the valiant efforts of many women, from the pioneering Margaret MacCurtain and Mary Cullen in the 1970s to the women who have developed the Women’s History Association of Ireland, supporting young academics and promoting new research.

While women continue to be underrepresented on government bodies concerned with the commemoration of events from the First World War to the end of the Civil War, there is a collective determination amongst feminists that women will no longer be ignored. It is because of this that the Decade of Centenaries was forced to include women as integral to all that took place in those years.

The commemorations in 2016 for the Easter Rising centenary were notable for the focus that was given to women. Researchers have also begun to raise other considerations. What does a truly gendered history look like? What does the existence of gendered and sexual violence perpetrated against women by men from republican, crown and loyalist organisations tell us about male attitudes towards women?

While research into the republican past is now a respectable pursuit within academia, this was not the case prior to the Peace Process. Partition remains an uncomfortable reality for many in the south of the country and research into the experiences of northern nationalists at the time of partition has only begun to enter the history books, helped by the Military Service Pension Archives which gives us the names of former republicans, many of whom suffered discrimination under the northern state or were forced to emigrate.

But how many see a connection between the abandonment of the north by the Free State and the re-emergence of conflict in the late 1960s? The original version of 'Unmanageable Revolutionaries' had a final chapter that briefly considered women’s experiences of those times, but it was written at a time when the conflict was at its most intense and when debate proved to be very difficult and often divisive.

The new edition, illustrated with 80 images embedded in the text, includes an introduction that considers the impact of new source material and advances in research over the past 40 years and a new final chapter on republican women in the north during the 1970s and 1980s.

This replaces the previous concluding chapter. Irish republican women at the start and at the end of the 20th century were engaged in military struggle and the chapter compares their experiences.

Women from both periods suffered arrest and hunger strike. Cumann na mBan organised a successful jail break from Mountjoy in 1921. In 1973, republican women attempted an unsuccessful escape from Armagh jail. Women were once again arguing for greater equality of status within the movement. Now, with the ending of conflict, women from a variety of perspectives have become involved in the political process. There are many parallels between the past and present. And there are lessons we can learn from history.