The intelligence war against the IRA 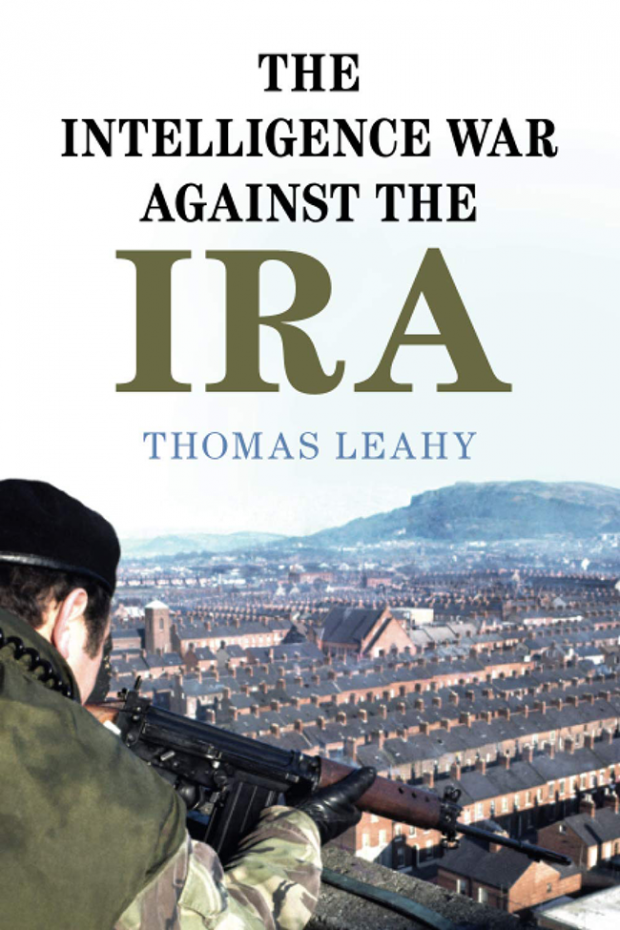 The Intelligence War Against the IRA

by Thomas Leahy,  is published by Cambridge University Press. Price: €25.65

“Ireland’s political hall of mirrors” This description of how “facts” about Ireland are distorted comes from the 1998 book ‘The Irish War’ by former Parachute Regiment soldier turned journalist Tony Geraghty. He used the term when recounting how, on the streets of Belfast in the aftermath of the 1969 pogroms, he witnessed senior British Army officers negotiating with the IRA to remove barricades and bring a semblance of normality back to the Falls area.

As chief reporter for the Sunday Times, his article on the situation carried some weight, but within the British political establishment, it was a ‘no-no’ mostly due to their wishful thought that there was no IRA and I suppose the hope of the British government that everything would go back to ‘normal’.

For Geraghty, the ‘political hall of mirrors’ was that “facts” in Belfast did not exist in London if they upset the political equilibrium.

Reading 'The Intelligence War Against the IRA' by Thomas Leahy, you get the real sense that the intelligence war or the ‘dirty war’ that Britain waged against republicans in the North was not only a ‘hall of mirrors’, but there was plenty of smoke in the hall also.

Leahy’s work, in challenging the accepted discourse ‘that the spooks defeated the IRA’, brings the reader to a different way of assessing the conflict in the North and how it ended.

Leahy is very clear in his analysis that the IRA was not forced to bring its armed struggle to an end because it was penetrated by agents who had compromised the IRA’s capacity to operate thus forcing the leadership to sue for peace.

What Leahy does is give the reader a step by step account of the major organisational phases that the IRA went through during the course of the war, not least the period of the mid-1970s, that saw the old battalion and company structures replaced by the more secure cell structure.

The old structures were easily contained within their defined battalion and company areas allowing for fairly basic counter-insurgency strategies to limit the IRA’s effectiveness. Re-organising into the cell structures was an indication of the leadership’s ability to adapt and change and indeed stay ahead of the game.

By focusing on the political trajectory of the struggle, particularly in the aftermath of Sinn Féin’s successful intervention in electoral politics following the 1981 Hunger Strike, Leahy steers the debate away from the “we beat the IRA” refrain of former RUC and British intelligence types who need to believe they were “the good guys and they won”. 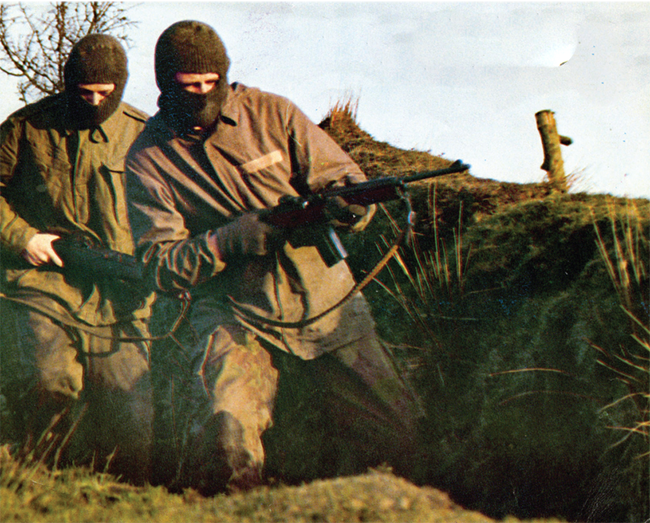 All too often, the names of agents such as Denis Donaldson and Freddie Scappaticci – who denies he is the agent codenamed Stakeknife – come into the narrative as proof that the leadership of the movement was deeply penetrated, thus heralding the IRA cessation of military operations. This is not the case in Leahy’s book.

Leahy counter-argues that “the IRA was not facing terminal decline by the 1990s and that the British state did not ‘win’ the intelligence conflict”.

In the case of Donaldson in particular, while a long-time senior activist, his role in Sinn Féin was not at a sufficiently high or influential level as to have the ear of the leadership, so to speak, therefore his value to the British would be questionable and his ability, as has been claimed by some, to steer the movement towards a flawed compromise would be limited.

However, when we look at how the echo chamber works with commentator after commentator repeating the refrain that the IRA was forced to the negotiating table, what we see are those who simply cannot stomach the political reality that the leadership of the republican movement outfoxed them by moving the struggle away from its military dynamic to embracing the “primacy of politics”.

Indeed, an important element of Leahy’s thesis is that the British, realising they could not defeat the IRA militarily, invested a lot in trying to cobble together a political settlement involving a compliant SDLP and the unionists.

So, while the British obviously continued their military efforts to overcome the IRA through their own means such as covert shoot-to-kill operations and overt oppression, the arming of loyalists and collusion as well as quasi-judicial processes such as the paid perjurer or so-called super-grass system, Leahy addresses the inexorable movement towards a political settlement. 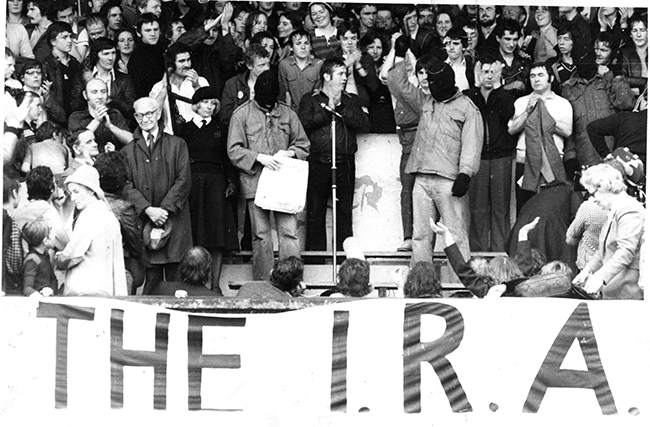 Where I disagree with him is that he argues the “IRA leadership only persisted in its campaign in order to bring the British state back to the negotiating table, albeit whilst obtaining the strongest possible electoral mandate to potentially extract maximum concessions”.

While the leadership of the movement accepted there had to be negotiations – the alternative being never ending war – it seems that Leahy is advancing the idea that republicans set their goals at a low level, that we were at end game as opposed to seeing the developing political/peace process as the beginning of a new phase of the struggle.

Leahy quotes Gerry Adams outlining republican thinking, “There was military and political stalemate. While Irish republicans could prevent a settlement on British government terms, we lacked the political strength to bring the struggle to a decisive conclusion. Military options were not a solution for either side”.

However, the decisive argument for me is that were the IRA so heavily infiltrated to the point of defeat and being forced to sue for peace and save face, as some put it, how could the British not prevent a bombing campaign in England, specifically targeting the City of London that sent real and metaphoric shockwaves through the world’s financial institutions?

Danny Morrison, quoted in the book, puts it:

Leahy also cites the huge arms shipments that arrived in Ireland from Libya in the mid-1980s as both a failure of the intelligence services, proving the lack of infiltration of the IRA especially at leadership level, and as evidence of the IRA’s capacity to carry on the war.

Again, he quotes Morrison saying “the IRA was armed to the teeth [they] called a ceasefire from a position of military strength”. Leahy favours the argument that the intelligence war against the IRA didn’t achieve its objectives.

It is fair to argue then that the answer to the question as to why those in the leadership of the republican struggle agreed to a ceasefire lies in the move towards political actions and establishing the primacy of politics.

Those who see this change in tack as defeat are those who were in the forefront of the war on the nationalist community, those who were behind shoot-to-kill, collusion, torture of prisoners and whose moral code set them up as superior to their republican enemy, but as with the ‘hall of mirrors’, the images reflected back to them are a distortion of the political realities of the North.

They need to believe that ‘they won the war’, but as the calls for a United Ireland intensify and Sinn Féin grows in strength and influence, their fantasy is fading fast.