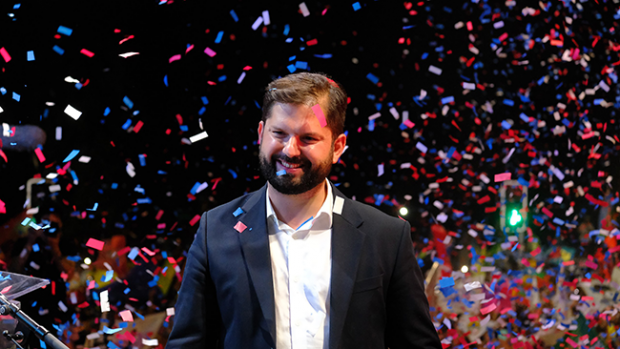 As hundreds of thousands spilled on to the streets of Santiago in December, Gabriel Boric scaled one of the city’s barricades to address the jubilant crowd. The 35 year old former student leader had just secured the highest number of votes of any president in Chile’s history.

As if to amplify the significance of the occasion, the President-elect began his speech in the indigenous Mapuche language, declaring that a new generation of Chileans would finally lay the ghost of Pinochet in the grave and with him, the neoliberal economic architecture that stripped the Chilean people of their dignity.

The young leader of the Apruebo Dignidad political alliance was speaking not merely to those gathered before him on the street, but to Chile’s rural mining heartlands in the north, to the wider Latin American region, and to progressive political forces around the world.

Undoubtedly, a sense of historical justice hung in the air in Santiago, as Boric’s victory made it impossible not to be swept away in the nostalgic promise of Allende’s Unidad Popular victory in 1970.

In reality however, the roots of Boric’s success are to be found on the burning streets of Santiago in the autumn of 2019, when more than a million protestors united in opposition to a swathe of regressive ‘cost of living’ charges that eventually sparked weeks of unprecedented social unrest.

As the situation deteriorated, the billionaire President Sebastián Piñera declared a state of emergency, introduced widespread curfews, and brought the Army onto the streets to support the infamous Carabinero police force. But it was too little too late, the protests spread out from Santiago as hundreds of thousands of protestors also mobilised in Valparaíso, Concepción, and Temuco. 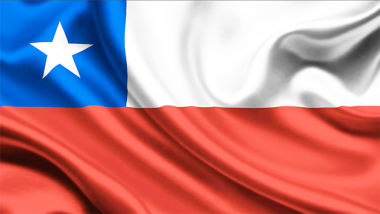 Inspired by a similar experience of repression during the Pinochet dictatorship, cacerolazos (noisy protest) soon sprang up across working class neighbourhoods and the sound of pots and pans accompanied the arrival of curfew each night. It wasn’t long before the call went out on social media for the people to sing from the windows of their apartments. Unsurprisingly, they chose Víctor Jara’s beautiful ballad ‘El Derecho de Vivir en Paz’ (The Right to Live in Peace) to echo defiantly through the streets.

In the daytime too as they gathered in Plaza Baquedano - now renamed Dignity Square - collective inspiration and strength was drawn from the Allende era as protestors chanted; El pueblo unido, jamás será vencido! (The people united, will never be defeated).

Significantly too, the flag of the Mapuche indigenous people was a prominent feature of the protests, reflecting the reigniting of the centuries old struggle for the recognition of the rights of Chile’s indigenous peoples.

Ultimately, at the core of the protests lay an incorrigible truth; the Pinochet regime had bequeathed a smouldering legacy of human rights abuses and a long litany of social rights that were stolen from the ordinary people of Chile. The time had finally come to address this unforgivable failing of the democratic transition.

The ordinary people of Chile want a stake in the political and economic process, but most importantly - as the name of Boric’s political alliance suggests - the people want their dignity back.

There is a sense that the transition to democracy was a false dawn, a mirage. That the people were somehow conned by the political class. A constant refrain from Boric is that the ‘people of Chile were promised more than the rights of a consumer’.

Given the scale and endurance of the protests, Piñera agreed to hold a referendum on a new constitution - the incumbent being the heritage of neoliberalism in Chile, dating back to Pinochet and the Chicago Boys.

It was no surprise in April 2020 that the people of Chile overwhelmingly voted in favour of drafting a new constitution; one created by a new constituent assembly reflective of the diverse social fabric of the nation.

In the wake of the unrest, progressive social movements, trade unions, political parties, and intellectuals continued to engage. A central work programme became increasingly clear; a new constitution drafted by the direct representatives of the Chilean people, of indigenous communities, and with gender equality, justice at last for the victims of the dictatorship, and substantial reforms to the state’s education, health, and pension systems.

Young progressive leaders like Boric - who had learnt the art of protest as a militant student leader a decade before - were also now pushed to the fore as the liberal and centrist political forces struggled to relate to the demands of the social unrest.

Having secured the nomination to be the Left candidate, Gabriel Boric recognised that if he was to win, it would be on the shoulders of those who coalesced on the streets in 2019.

It would be in collaboration with the social movements, the trade unions, the feminist organisations - and also too the Communist Party, who had much more established organisational roots in Chile’s working class districts and northern mining regions. This is why during his campaign he often used the phrase “entramos todos a La Moneda” (we all enter La Moneda) - La Moneda being the seat of the government in La Moneda Palace in Santiago. 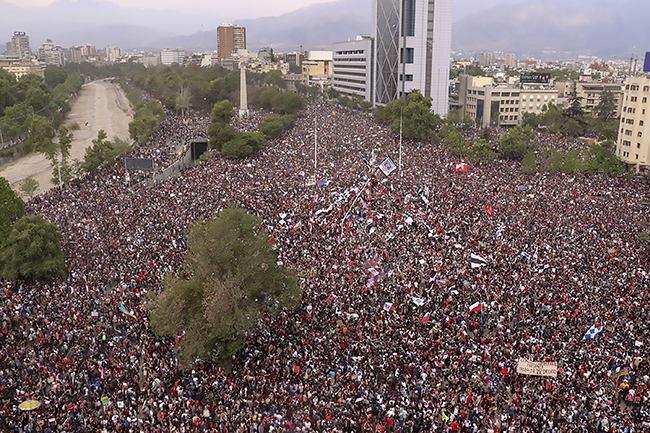 In defeating the far-right Jose Antonio Kast, who is not only the son of a Nazi, but a lifelong Pinochet supporter and long-time friend of Brazil’s Bolsanaro, Boric was heavily reliant on this far-reaching progressive coalition in the final stages of the campaign once it became clear it was a head-to-head contest between the two candidates.

Trailing after the first round of voting, Boric turned to the Communist Party, especially dynamic and popular figures such as Camila Vallejo, to help mobilise Chile’s working class heartlands - such as the urban districts and the northern mining regions.

In steering the working class consciousness away from the anti-establishment, new-right populism of Kast, the Communist Party played a vital role in boosting Boric’s support in the final round of voting. In Antofagasta for example, where mining is the hub of the economy, Boric’s support swung from 20% in the first round to 60% in the second round.

In the feminist movement too, there was a crucial swing in favour of Boric following the first round of voting. Astonishingly, the increasing popularity of the feminist movement or ‘la potencia feminista’ (feminist power) helped mobilise a women’s assembly of 2,000 women who took to the streets and social media with a powerful call for Chile’s women to back Boric. Where once women had been the bedrock of Pinochet’s support, nearly 70% of women under the age of 30 supported Boric in December’s second round poll.

Boric’s victory, like that of Xiomara Castro in Honduras, David Arce in Bolivia, and Pedro Castillo in Peru, speaks to a moment of great opportunity and promise in Latin America at this time.

So too the unbowed resilience of the revolutionary bloc in Cuba, Venezuela, and Nicaragua - despite increasingly hostile and interventionist US administrations - sustains the dream of increased Latin American integration and regional solidarity.

Indeed, each victory in recent times has steadily built momentum ahead of huge electoral battles for the Left in Latin America in 2022. Lula looks set to return to power in Brazil and former M-19 guerrilla Gustavo Petro is well placed to restore democracy in Colombia.

The increasing vulnerability of Castillo in Peru however is a timely warning for Boric that the struggle does not end at the ballot box; there will be many battles ahead.

Indeed with Latin America’s ‘pink tide’ returning as a ‘red wave’ in 2022, the US and its acolytes will undoubtedly seek every available opportunity to nurture internal dissent. They will seek to frustrate Chile’s external efforts to access international capital, to work in collaboration with international powers such as China, and to deepen regional solidarity with neighbours such as Bolivia, who have long sought fraternal diplomatic relations in order to secure access to the Pacific Ocean though Chile’s northern regions.

Chile’s social movements, trade unions, and Communist Party will have to remain vigilant. The internal and external forces which undermine Pedro Castillo in Peru will soon be felt along the Andes to the streets of Santiago.

But hope springs eternal in the land of fire and ice. The hope of eradicating the extractive, exploitative capitalist system; the hope of a society that prioritises the recovery of its natural resources, its indigenous heritage, and the wellbeing of its workers.

In his final address to the people of Chile from inside the barricaded La Moneda in 1973, Allende spoke directly to the ordinary people of Chile. He told them that “History is ours, and people make history.”

It is the ordinary people of Chile who have made history in carrying Boric into La Moneda. Now, he must lead them out from the shadow of Pinochet and into a better world.

Chris Hazard is the Sinn Féin MP for South Down