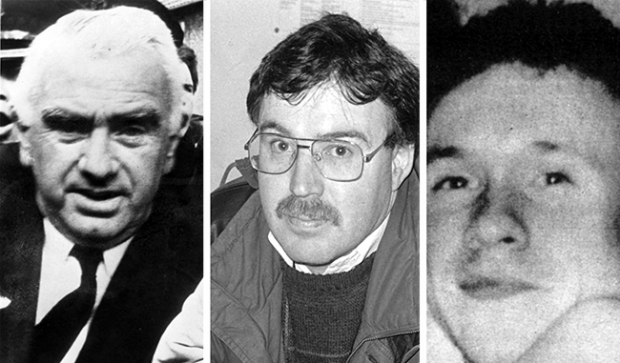 The dozens of people who attended the 30th anniversary commemoration for the three people killed in Sinn Féin’s Belfast headquarters on February 4 1992 heard the former party president Gerry Adams commend the courage of party activists who ran to the aid of those gunned down by RUC killer Allan Moore.

Adams recounted how the RUC gunman tricked his way into the ‘Sevastopol Street’ building by pretending to be a journalist before producing a pump action shotgun which he turned on Sinn Féin activists Paddy Loughran, Pat McBride, Pat Wilson and Kate Larkin who worked in the building providing a constituency service. 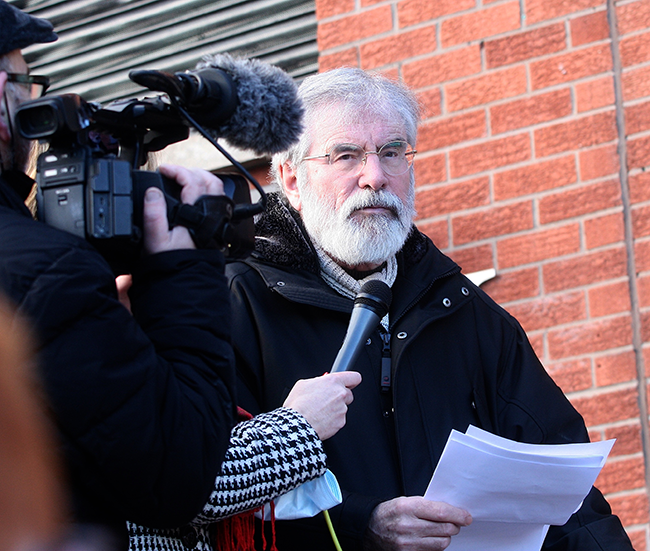 Loughran and McBride were killed as was Michael O’Dwyer, who accompanied by his infant son, was in the office on a constituency matter. Although badly wounded Wilson and Larkin survived the attack.

Adams, who in the company of Martin McGuinness had just left the building, paid a special tribute to Margueritte Gallagher who was in the Art Shop next door and on hearing the gunfire raced out and physically confronted the killer who made off in his car.

The RUC officer, Allen Moore, a member of the notorious Divisional Mobile Support Units (DMSU), was found shot dead by his own hand 15 miles away at Ballinderry on the shores of Lough Neagh.

At the time of his attack on the centre, Moore was being investigated by the RUC. The night before the attack, Moore was found drunk at the grave of an RUC colleague, where he had fired a volley of shots. He was to attend an appointment with a psychiatrist in an RUC barracks in Newtonabbey but failed to do so, instead driving to the Sinn Féin office to carry out his attack.

Adams was at pains to point out that the attack came as no surprise given how successive British ministers, unionist politicians, elements of the media and the Free State establishment were consistently demonising the party, providing a rationale for not just loyalist killers but for everyday harassment of party activists at the hands of RUC and British army patrols.

Indeed, in the immediate aftermath of the killings RUC and British army personnel abused party activists and elected representatives at the scene.

And in a sign of their disregard for those killed and wounded the RUC forensics officers left the bag and spent shotgun cartridges, crucial evidence, lying in the office where Moore abandoned it. 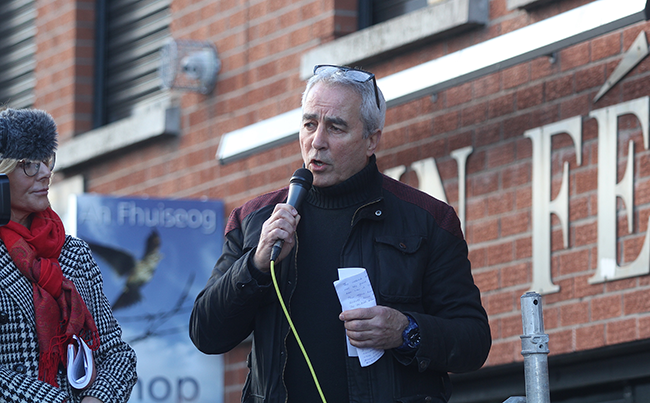 Last Friday’s event which was chaired by councillor Tina Black was a poignant occasion as relatives of the dead lay wreaths in their memory. Among the crowd were many of the activists, like former councillors Sean McKnight and Fra McCann who were on the scene immediately trying to gain access to the building only to be assaulted by members of the notorious DMSU who arrived on the scene and imposed a heavy-handed cordon around the office.

Sinn Féin MLA Pat Sheehan also addressed the crowd, detailing the party’s reaction to the previous day’s events which saw the DUP collapse the Stormont assembly. “Clearly”, said Sheehan, “this DUP stunt is all about their political survival. The DUP is politically bankrupt and the events of last year show the party is in disarray”.

See: February 1992 - A storm of death and repression