Allow the people to have their say 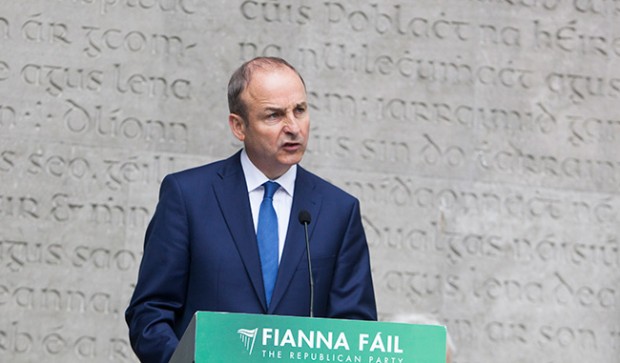 Micheál Martin in his quest to be Taoiseach has set aside pre-election promises and pre-conditions under the guise of the “National Interest”. All except two. He continued to refuse to talk to Sinn Féin and he continued to oppose an Irish unity referendum. Both these actions are about retaining power and opposing fundamental change. In a recent interview, the Taoiseach doubled down on this claiming that a “unity referendum” would be “divisive”.

The Programme for Government makes no mention of planning for Irish unity and when Sinn Féin President Mary Lou McDonald raised the question, the Taoiseach squirmed for five minutes to avoid even uttering the words, “United Ireland”.

We live in Orwellian times with “Unity is Divisive”, “Partition in the National Interest” and a Taoiseach who dare not use the words, “United Ireland”.

So, what is going on with the Fianna Fáil leader, the Taoiseach who proclaims his credentials annually as the leader of the “Republican Party” at Arbour Hill and Bodentown. We have a clear and achievable pathway to unity and Fianna Fáil moving in the opposite direction.

The answer is in the question. Unity is now clearly achievable. It is real and achievable in a relatively short timescale. A new and united Ireland is doable. That is a fundamental challenge to the 26-County establishment and to Fianna Fáil.

Since entering the Dáil in 1927, Fianna Fáil have claimed to oppose Partition, but in 93 years have failed to come up with a strategy to overcome it. They prospered in the Dáil and grew in power and influence in the South. This counter-revolution worked for generations of Fianna Fáil leaders who believed that being Taoiseach was their entitlement.

De Valera’s rhetoric on the North gave way to building the 26-County state to the point of executing and imprisoning republicans. 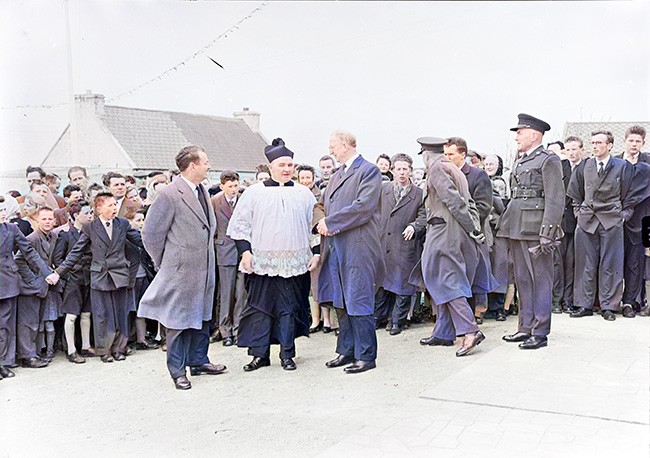 Fianna Fáil under Seán Lemass went further. Speaking in the Oxford Union in 1959, Lemass led out the new strategy to ending Partition. It would be a policy of “good neighbourliness”. He said that the reunification strategy would be to, “build goodwill and to strive for concerted action in particular fields where early practical advantages can be obtained, hoping to process step by step to a new situation in which a reappraisal of the whole problem can be undertaken, unhampered by prejudice”.

This was at best a naive understanding of political unionism and at worst a cover for accepting the sectarian single party state of the Six Counties that was held together by coercive legislation and official discrimination against Irish citizens.

Ten years later, the Orange state would collapse under the demand for basic civil rights and popular resistance, while the Fianna Fáil Government of Jack Lynch stood idly by.

The “Good Neighbourliness” policy of Lemass was more about consolidating power in the 26 Counties than a workable strategy to end Partition. It is premised on the concept that political unionism underwritten by Britain would eventually see the error of its ways and consent to Irish Unity. And, in this scenario, it is only the consent of political unionism that mattered.

The rights and consent of Irish nationalists living in the North did not feature. The Lemass strategy was always bound to fail for those reasons. Yet, a version of it remains the policy of Micheál Martin. Where Lemass outlined it as strategy with the end point of reunification, the current Taoiseach cannot even bring himself to mention Irish unity.

Micheál Martin is no Seán Lemass and this is no longer 1959, when partition had existed for 37 years.

In 1998, the Good Friday Agreement was signed and endorsed by the vast majority of people, North and South. The Agreement is not a settlement. It remains a mechanism to resolve political differences based on democratic and peaceful means. The agreement is organised on the basis of first principles and then their outworking in terms of institutions and rights.

Those first principles, the underpinning of the agreement are the fundamental values of equality, peace and democracy. The consent to future constitutional change is measured in a referendum, the straightforward democratic process of allowing people to have their say and abiding by the result. A process in which the votes of all are equal and no group has a veto.

The pathway to unity has been agreed by the people of Ireland. There is a constitutional imperative on an Irish Government outlined in Bunreacht na hÉireann, where it states: “It is the firm will of the Irish nation, in harmony and friendship, to unite all the people who share the territory of the island of Ireland, in all the diversity of their identities and traditions, recognising that a united Ireland shall be brought about only by peaceful means with the consent of a majority of the people, democratically expressed, in both jurisdictions in the island”.

Micheál Martin has rejected a unity referendum. He puts himself and the office of Taoiseach at odds with the Good Friday Agreement and article three of Bunreacht na hÉireann. 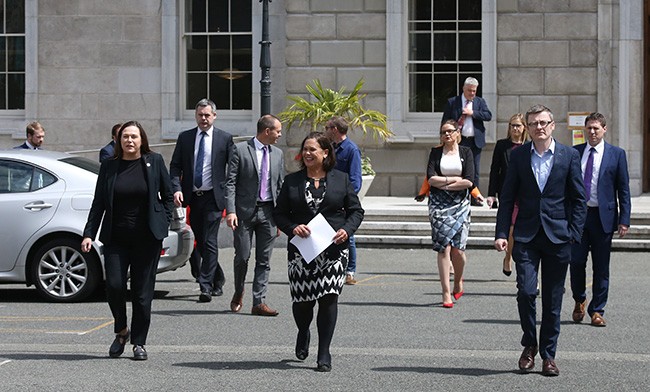 This Irish Government has translated the “the firm will of the people” in the constitution to a different proposition in the Programme for Government. Here the coalition states: “We are committed to working with all communities and traditions on the island to build consensus around a shared future. This consensus will be underpinned by the Good Friday Agreement and by the absolute respect for the principle of consent.”

The proposal continues stating that the new Government will: Establish a Unit within the Department of An Taoiseach to work towards a consensus on a shared island. This unit will examine the political, social, economic, and cultural considerations underpinning a future in which all traditions are mutually respected.”

Deliberately missing is any reference to Irish unity. The Programme for Government commitment is deliberately vague and confuses consensus with consent. Consensus implies a veto. If unionism says no to unity, then there is no consensus. The Good Friday Agreement is clear there can be no veto and consent will be measured in unity referendums, North and South. A position that this Taoiseach rejects.

The setting up of a working group with a vague term of reference gives the impression of doing something while doing nothing. It appears to be that the Taoiseach is seeking to rewrite the Good Friday Agreement and to stall progress on Irish Unity.

No doubt the United Irelanders within Fianna Fáil must be looking on with bewilderment at a Fianna Fáil Taoiseach so entrenched in protecting his position that he opposes the agreed mechanism to unity.

Even more confusing is that Irish unity is popular with voters across the political spectrum in the south as all recent polls have demonstrated.

As we get closer to securing unity, the pillars of the 26 County establishment are getting more rabid in their opposition; promoting strategies that failed 60 years ago and undermining the fundamental principles of the Good Friday Agreement. All under the watch once again of a Fianna Fáil Taoiseach.

This is about protecting almost 100 years of privilege and power. However, change is coming. The unity debate is on. The pathway is clear to secure and win a unity referendum.

Good neighbourliness will not on its own resolve the constitutional issue. It is time for an Irish Government to plan for unity, to promote unity and to allow the people to have their say.

Maybe Micheál Martin would be better focusing on another section of that speech by Seán Lemass where he asks himself the rhetorical question, “why not leave things as they are”. His response to himself, “nothing is ever settled until it is settled right”.