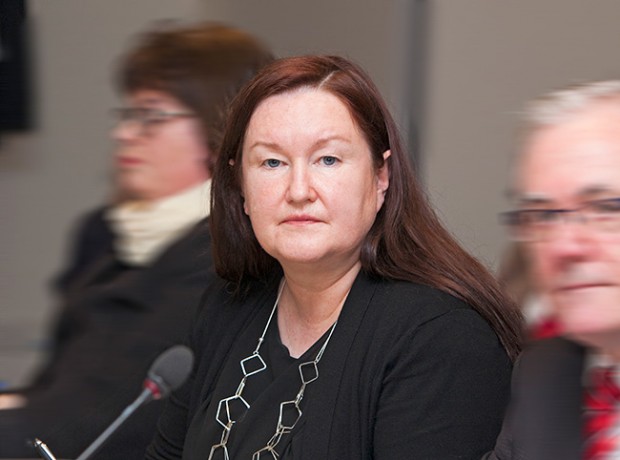 As the fourth industrial revolution defines this era trade unions, civil society and political forces need to find a way to create a common and cooperative narrative.

There is nothing more offensive in our industrial relations system than to see workers being forced to withdraw their labour, lose pay and march up and down outside their workplace in the rain to get what workers in other European countries have as a legal right – namely, to bargain their wages and working conditions collectively with their employer. In this regard, the Republic of Ireland is an outlier. This antiquated industrial relations system is the environment in which we are forced to operate as trade unionists.

When arguing for a modern fit-for-purpose industrial relations system, one robust enough to confront the inevitable challenges posed by the automation and new ways of working coming down the tracks of the Fourth Industrial Revolution, the top priority for trade unionists must be collective bargaining as a right – a labour, civil and human right.

While the right to collective bargaining has been a core trade union movement demand for some time, it is not gaining traction in political and public discourse. For the counter-argument inevitably goes that collective bargaining between unionised workers and their employers reduces ‘competitiveness’, leads to inefficient business practices, and makes industrial relations ‘inflexible’. And that’s not to even mention the legal arguments around how the Constitution doesn’t provide for collective bargaining as a right.

Trade unionists and those on the left have to challenge these arguments head on and clearly articulate our vision for fairness at work and justice in society.

A Superior Economic and Social Model

What trade unionists and progressive political and civil society allies need to do is show that democracy in the workplace, and collective bargaining in particular, is an indispensable component of a superior economic and social model and the bedrock of modern industrial relations.

Union members earn higher wages than non-union comparators. Studies show the link between unionisation and lower levels of income inequality as unions lower differentials by lifting the wages of the lower paid. By negotiating pay rates based on objective criteria, collective bargaining reduces the gender pay gap between women and men and shrinks ethnic, racial and migrant wage gaps.

Researchers at the University of Limerick’s Department of Work & Employment Studies have shown that members of trade unions are more likely to participate in political and other civic activities than non-union members. This is most likely down to participation in workplace democracy activities like electing shop stewards and participating in general meetings to mandate their representatives on negotiating demands and engaging in debates and ballots on the outcomes of collective bargaining.

While space does not allow a description of each of these studies, the following from the OECD shows the extent to which institutional attitudes towards collective bargaining have changed: “Collective bargaining can improve the quality of the employment relationship between workers and firms. It can be a useful tool for self-regulation between workers and employers and bring more stable labour … leading to a more efficient allocation of resources, greater motivation and ultimately productivity.” 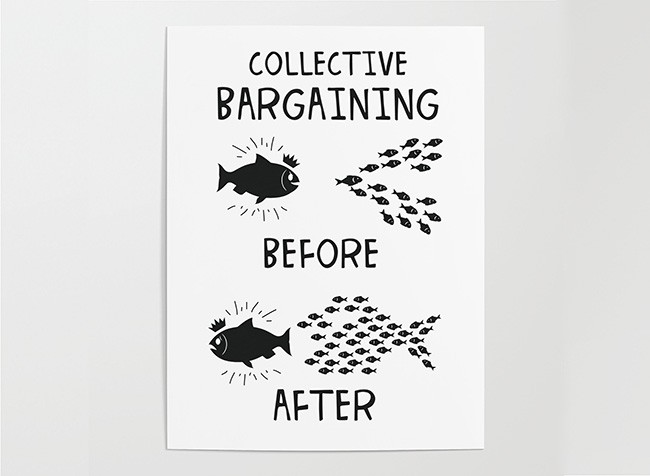 Another argument that is regularly posed against collective bargaining is that it would somehow scare off foreign direct investment thereby reducing our ability to attract multi-nationals. This, too, is a false and misleading claim. SIPTU members bargain collectively in many multi-nationals, for example in workplaces that both research and develop as well as produce pharmaceuticals, medical devices and electronics.

When one looks at Foreign Direct Investment (FDI) throughout the EU we find that countries with high levels of collective bargaining coverage also attract FDI. In Ireland, multi-national employment makes up 22 percent of all employment in the private sector. In Sweden and Denmark, multi-national employment makes up 22 and 20 percent respectively while in The Netherlands, the figure is 18 percent. Collective bargaining rights in these countries are clearly not an impediment to attracting FDI (nor are their higher corporate tax rates).

Describing a situation and outlining an alternative, even when you can demonstrate the benefits, does not necessarily produce a winning strategy. We can draw up political wish lists for workers North and South involving legislating for a worker-friendly industrial relations infrastructure and enhanced workers’ rights, wage increases (including the Living Wage), improved in-work benefits and an end to precariousness – but that doesn’t give us a road-map for how we get there from where we are at present. We need to develop one, and develop it in the specific conditions in which we find ourselves on this island.

There is nothing in the Programme for Government to suggest that the main parties in the Republic’s new coalition have any appetite for extending workplace democracy. Rather than just criticising them for not doing things that we know that are unlikely to, we should focus instead on what we can achieve, what results-rich tactics we can employ. We should start planning now for a better, future political environment.

The first and immediate challenge for the labour movement is to make unionisation relevant and attractive to workers. The harsh reality is that currently most people won’t know what we are talking about when we say ‘collective bargaining’ and fewer still will see a value in campaigning for it. This is all the more the case for the people who need it the most – the low-paid, precarious workers, women, young people, travellers and migrants. Turning this around will require more than just a re-branding. Trade unions and our allies must find a way to connect with the overwhelming majority of workers who are not members, to make unions relevant and to demonstrate the benefits of collective action. 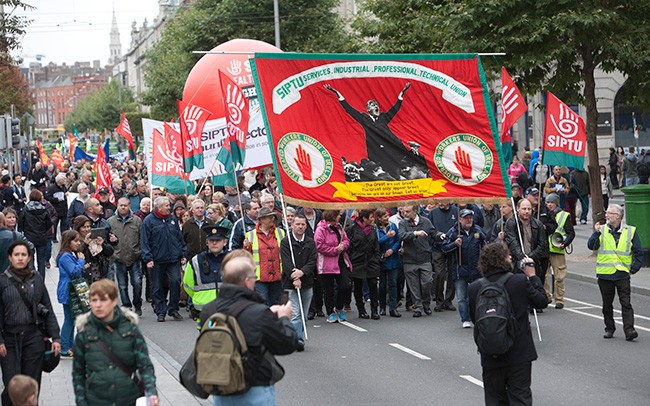 Second, however hostile the current legal-political environment is to trade unionism and there is no doubt that the Constitution and its interpretation is a major challenge in the Republic, it is not a barrier to organising. Nothing can take the place of the hard, dogged, long-term out- on-the-ground work of convincing workers about the benefits of getting organised and supporting them to unionise their workplaces.

A challenge for unions both in Ireland and internationally is a decline in union density particularly among young workers. However, in recent years there has been a marked change in attitude among young people towards trade unions.

We see that ourselves in SIPTU among young childcare workers who are unionising in their thousands so that they can organise their industry for better pay and conditions and improvements in the quality of care and education for children and parents. This sort of largescale organising work is critical for unions as a stronger trade union movement, measured in terms of membership density, has a greater chance of influencing the public debate.

Third, we need to challenge the near-monopoly that business interests have in the public debate. We need to confront the race-to-the-bottom slant that many put on competitiveness and efficiency with a high-road alternative showing that it is this emphasis on investment, innovation, R&D combined with modern industrial relations practices and stakeholder equality that is the pathway to sustainable economic and social prosperity.

This is not, in the first instance, about ‘selecting sides’. Rather, it is about creating alliances with a broad range of forces that cut across party and organisational divides to effect progressive change. This change will be easier (though not inevitable) if we are successful in making workplace democracy relevant to workers, in organising an ever growing number of workers into unions and challenging the business interests in the public debate.

This is quite a task. But no one said it was going to be easy. We can, however, increase our chances of success by working together. Indeed, that is the only way we will succeed.