There is a better Ireland for us all 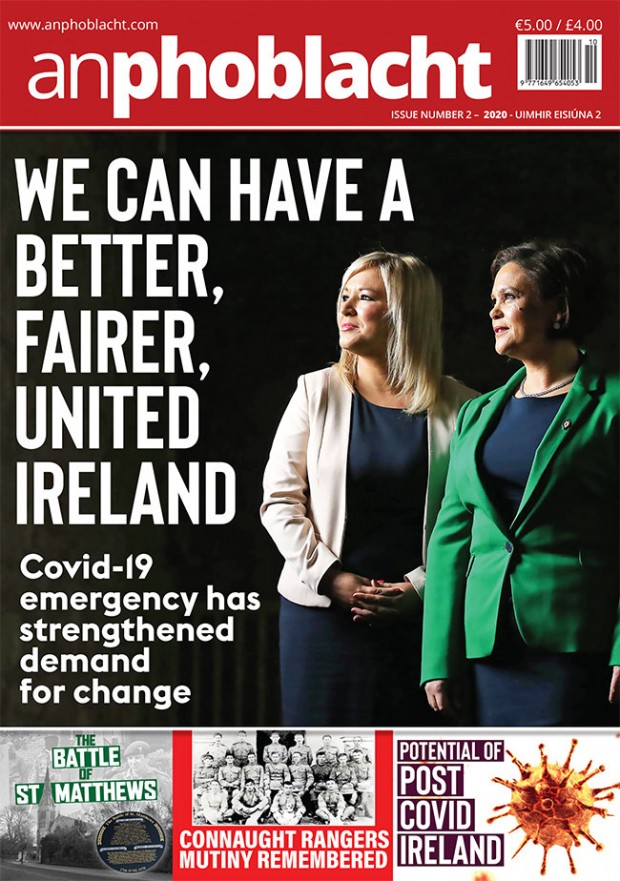 The Coronavirus pandemic created a vocabulary of its own. Terms like ‘flattening the curve’, ‘social distancing’, ‘lock down’, ‘face masks’ and ‘the new normal’ filled our conversations. One term stood out. It was the fact that when it comes to tackling Covid-19, Ireland is one ‘epidemiological unit’. Partition is meaningless when confronting the Coronavirus, as it is for creating an environmental strategy, as it should be when it comes to planning for health, education, agriculture, housing and infrastructural development.

A second impact of the Coronavirus was a demonstration of how important accountable government is, and how critical a combined strategy is now on the island of Ireland. It also showed what is possible when political will exists. Within a matter of weeks across Ireland, the healthcare system was nationalised, and a basic income was established for hundreds of thousands of people. Rent control has become possible as price hikes and evictions were banned. Critically, the austerity myth was shattered. Imagine what could have been possible if this was the response of governments in the 2008-09 great recession.

In one sense Ireland has been transformed amid the tragedies of the past months. We can see what a better, more inclusive Ireland could be. We must not let that vision go.

The people of Ireland have also shown an ongoing example of social solidarity, which has demonstrated once again, the support citizens can give government policies when they are perceived as legitimate and worthwhile. As government formation talks plod on in the 26 Counties it is something the participants in these negotiations should recognise. If there is a new normal, it cannot involve the same old politics of protecting the vested interests of the golden circle that has been a blight on Irish society for too long.