Brexit and the Border – No going back! 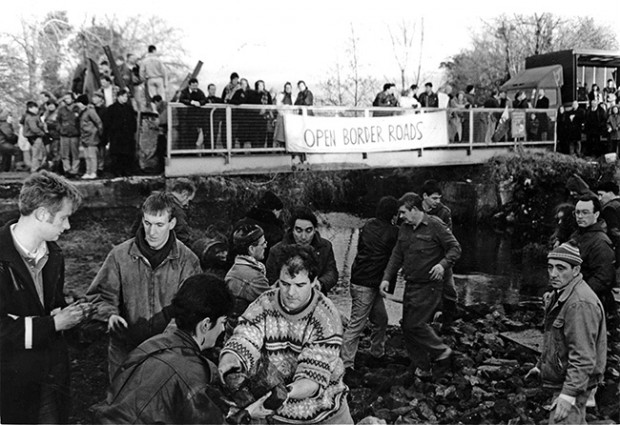 At times in recent weeks, it has been a nightmare scenario facing communities on both sides of the border in Ireland. British Prime Minister Boris Johnson has been wavering between inflicting a no-deal Brexit on the North of Ireland and imposing a hard border on the island of Ireland or just dragging the region out of the EU against the wishes of its inhabitants.

A crash out Brexit, threatened major economic, social and political upheaval in Ireland, but this would impact nowhere more acutely than for those who live in the Border counties of Donegal, Derry, Leitrim, Fermanagh, Cavan, Monaghan, Tyrone, Armagh, Down and Louth.

Farmers, food producers, manufacturers, workers, students and local communities could all suffer, while border infrastructure will re-open wounds from the conflict these communities have worked hard to consign to the past.

These formidable communities, which have faced so much hardship and suffering in the past are determined to resist a Tory administration seemingly hell bent on re-imposing a hard border.

For the past three years, Border Communities against Brexit (BCAB) have sought to raise awareness at a national and European level on the effects that Brexit will have on communities in the border region.

One huge area of concern is that of the freedom of movement of Irish people across what, since the Good Friday Agreement, has become an invisible border.

The reality of a hard border

Since the early 1970s, the British military systematically destroyed roads and bridges between communities north and south of the border in Ireland. For towns like Clones in Co. Monaghan, five of eight roads into the town were closed or featured a permanent checkpoint.

This had dire social and economic effects. Two thirds of the business in the Clones hinterland came from Fermanagh, so road closures wreaked economic havoc. Communities and parishes were divided. People who needed to go through the town to get to work were harassed and abused by the British military and RUC. Farmers had to take long detours to parts of their own farms because of the road closures. 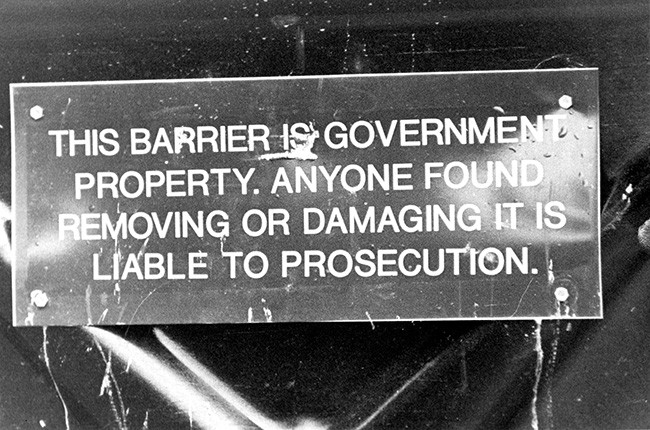 Campaigns to re-open the roads were conducted over the years by border communities. The most sustained and intense of these occurred in 1989 and 1990. This involved local people digging, shovelling, re-building and major practical support from local farmers, digger drivers, business people and community leaders.

Despite the huge numbers involved, the effort and expense required, and attacks by British forces, including the firing of plastic bullets, little media attention was focussed on the campaign conducted by those dubbed the ‘Border Busters’.

Ironically, the ‘Border Busters’ were working at a period when ‘the removal of borders’ across Europe was a major political issue. At the same time that the world was hailing the people of a divided Germany for tearing down the Berlin Wall, the British Government was doing its damnedest to make sure that its Partition of Ireland was maintained through a network of spy-posts and concrete blockades across border roads.

Irish Border Communities however, showed the same tireless spirit in chipping away at ‘Britain’s Berlin Wall’. 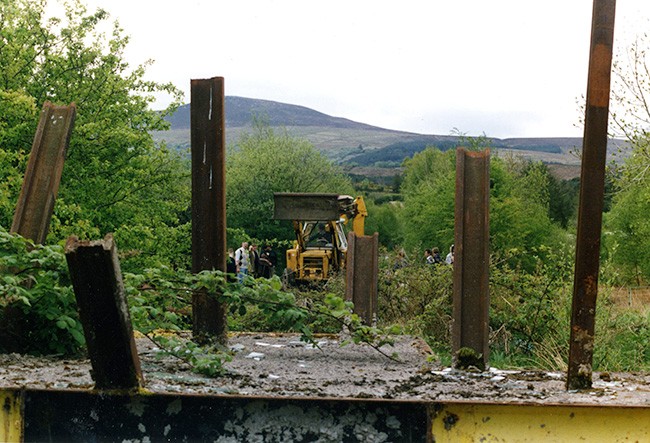 A battle of wills

Local people living along the border in Counties of Monaghan, Tyrone, Derry, Donegal, Armagh, Fermanagh, Cavan and Leitrim engaged in a battle of wills with those seeking to impose a hard border between historic communities.

Ordinary men, women and children spent their Sundays removing concrete barriers or filling in craters to re-open roads just to go to work or church or do their shopping. They were supported by others from right across the island of Ireland who travelled regularly to assist local communities in keeping the border roads open.

Support from beyond the border

With an indifferent national media, the Border Busters themselves raised awareness throughout Ireland around the reality of life in border communities. Politicians locally and nationally were briefed and lobbied. Gradually, the campaign garnered support from the public from throughout the Six and 26 Counties.

Special action days were organised for road openings with buses of supporters coming to assist from Dublin, Belfast and further afield. The campaign was marked by an atmosphere of huge community solidarity. In the early 1990s, a successful ‘Rock the Border’ concert at Lackey, featured the then popular groups The Hot House Flowers and The Big Geraniums. 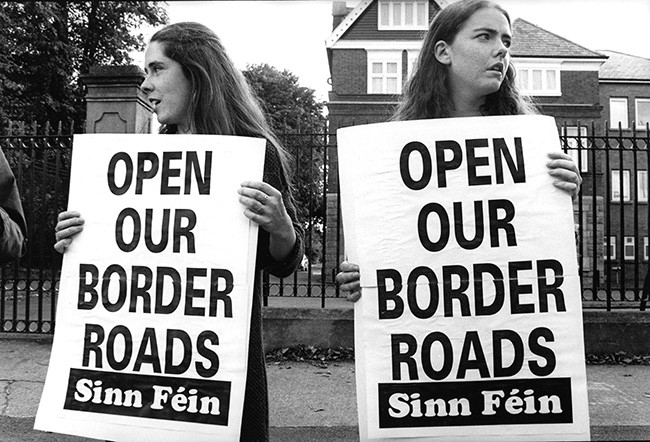 With the British Government now vacillating between a no-deal Brexit and negotiating again with the Irish Government and EU, the border communities are mobilising once again.

A recent public meeting and exhibition in Clones witnessed a defiant message that local people, on either side of the border will not tolerate or acquiesce in the imposition of any hard border or the destruction once again of their roads. Further public events are planned for other counties along the border.

Border communities are seeking the support of everyone throughout the island of Ireland, the EU and across the world for their position. Their message is - ‘We are not going back!’