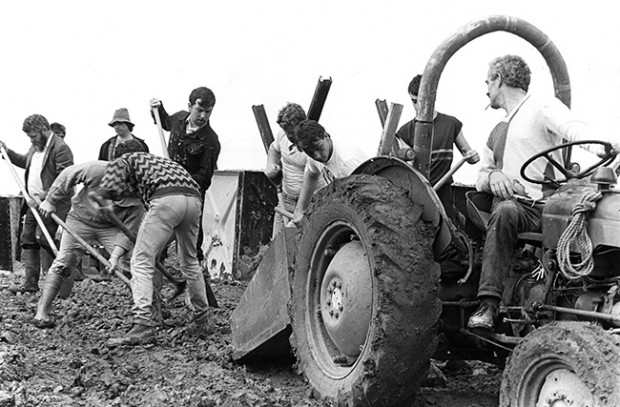 Britain’s border in Ireland became a reality in 1921 with the Partitioning of Ireland. The South of Ireland would see some degree of independence, the North would remain condemned to British rule.

In 1956, the IRA launched a border campaign called ‘Operation Harvest’. This was the first major initiative from the IRA in over a decade to target British rule in Ireland by way of guerrilla warfare against British forces. The core strategy was to take direct action against British occupation and target its personnel and infrastructure along the border region.

The IRA ceased its border campaign in 1962. At that time, little would anyone have known that the presence of Britain’s border in Ireland would come to erupt just seven years later.

As the conflict broke out again, the British Government took fortification of the border to new levels, blowing up bridges, erecting concrete blocks and barricades along the border to literally cement Partition. This was all done in an effort to suppress the growing support for the Republican Movement and to disconnect nationalist communities north and south.

Regions along the border such as South Armagh and Fermanagh were dogged by British bases and surveillance towers, and listening posts. This created an unnatural fear and friction within the nationalist communities in those areas.

This British infrastructures became targets for routine ambushes by the IRA and frequent community protests. 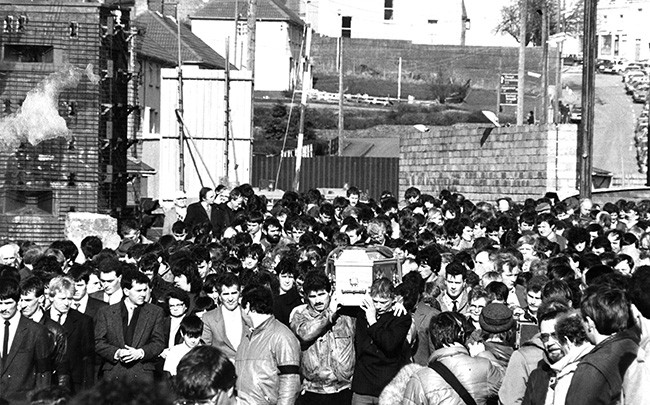 The 1989 collapse of the Berlin Wall and subsequent reunification of Germany led many to hope that Britain’s border in Ireland might fall also in the not too distant future. .

August 1994 saw the historic IRA ceasefire, which paved the way for the Good Friday Agreement bringing hopes of a more peaceful future and a step towards Britain’s withdrawal from the Six Counties of Ireland. In the wake of the ceasefire, Irish citizens and local communities both North and South began intensifying their efforts to dismantle Britain’s ‘hard’ border in Ireland.

Actions were co-ordinated by Sinn Féin, community activists and border action committees to dismantle the physical manifestation of colonialism that had been persistent for generations before.

Roads from Donegal to Derry, Tyrone to Monaghan, began to reopen as the Irish people with hands and diggers piece by piece regained control of their regions. 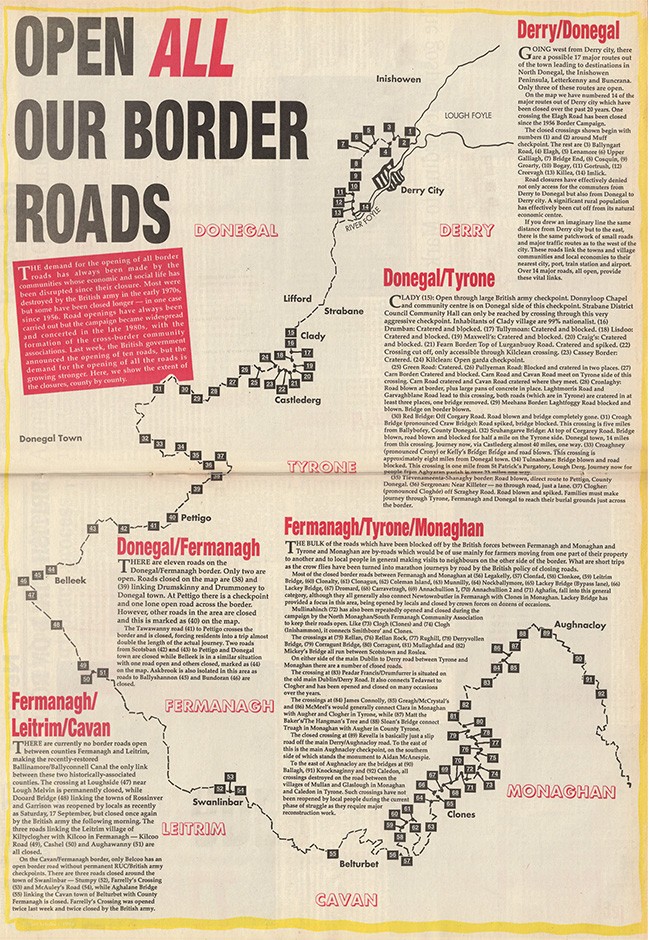 Among those breaking down these barriers was Sinn Féin’s Martin McGuinness. Speaking at the time, the Derry native said “it is the people’s right to remove the borders the British military have placed on our roads” and that the IRA ceasefire “changed everything.”

Brick by brick, road by road, the physical manifestation of the border began to fade. While its physical characteristics did not completely disappear until July 2007, its presence was not easily forgotten as people remember the murder of Aidan McAnespie at the border post at Aughnacloy in February 1988.

Today in 2019 through Britain’s Brexit plan the complex legacy of the border continues, as the North faces the prospect of a ‘hard border’ appearing in the same communities that fought so gallantly against them.

As the eyes of the world are watching, the Good Friday Agreement protects these communities, there will be no return of the dark old days of a hard border or the status quo. Today, the only option to permanently bury the borders of Ireland is through a referendum on Irish Unity.