Vote for our future 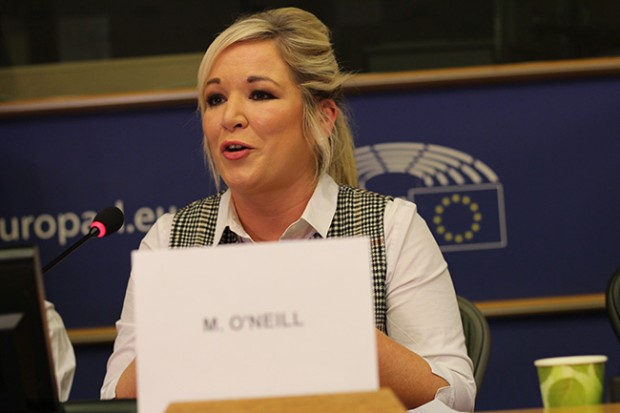 On December 12th, voters have an opportunity to reject Brexit and to stand up for Irish unity. I believe that in Sinn Féin we have the principled politics, we have the strong candidates, and we have the teams of dedicated activists to make our case strongly across the North.

When asked about the coming election I have emphasised repeatedly that this election is about our future. It is a welcome opportunity for the people of the North to have their say on the looming disaster of Brexit.

It is an opportunity for voters across the North’s 18 constituencies to reject the DUP and the Tories, to reject Brexit and the Westminster chaos and its destructive influence on the north of Ireland. Westminster has no answers and no solutions. The debacle in recent weeks of a stalled inward looking British parliament demonstrates the proof that this body should have no say over the future of Ireland. The Brexit farce in Westminster has shown that this institution cannot, has not, and will never act in the interests of the people of the North.

Sinn Féin has strong candidates who work tirelessly on behalf of their constituents, and we stand ready to fight this election. I have been across the North in the weeks since the election was called. In area after area I have met with Sinn Féin activists and supporters in large numbers ready to brave the dark and cold of winter nights to bring the Sinn Féin message to the doorsteps.

On social media you can see the vast tide of opinion in support of Sinn Féin and our principled stand in this election. It is a stand where we have stood back to let an anti-Brexit vote coalesce around the most viable candidates such as Naomi Long in East Belfast and Clare Hanna in South Belfast. Both of whom have a credible positive inclusive stance on the future.

Sinn Féin has successfully made the case to the Irish government and Europe that the north’s special circumstances needed to be recognised to protect our economy against the Brexit catastrophe, to avoid any hardening of the border and to protect the Good Friday Agreement.

In Sinn Féin we believe that there is no good Brexit for Ireland. The EU is not perfect and our MEPs have been working with the party and like-minded progressive allies in the EU to make the case for a better Europe, an EU with more open democratic and accountable institutions.

There are some key constituencies in this election such as North Belfast where John Finucane has an opportunity to unseat Nigel Dodds, one of the architects of the Conservative Party’s Brexit policies and stance towards the North. North Belfast voted Remain in the 2016 referendum.

In 2019 we can make North Belfast a Remain constituency again. The four constituencies of Belfast could combine in a rousing Remain vote. Wouldn’t that send an important message to Europe? 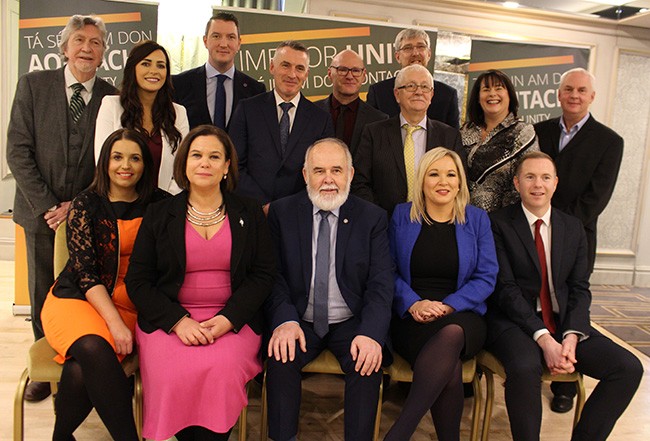 Across the North, it is important to build the Sinn Féin vote, to build an anti-Brexit vote. This can happen by canvassing, postering and leafleting. It can also happen through the conversations we have at work and socially. Brexit is dominating not just our news feeds but our day to day lives. We have an opportunity to get people thinking and talking about why Brexit is bad for the North, bad for Ireland, and then ask what next, what are the steps to a better Ireland?

The election and Sinn Féin’s approach to it must also be seen in the context of our campaign for a referendum on Irish unity. I have said repeatedly that there is a clear movement among Irish citizens towards a united Ireland. I believe it was moving there even before Brexit, but Brexit has become a catalyst for voters to reconsider the relationships on the island and hope for a better more equal inclusive Ireland.

Look at the German example. It is 30 years since the Berlin wall came down. Germany was moving towards a referendum on unity within a year. It is important, I think, to understand that events overtook the country, and events are overtaking the political establishments in Westminster and Dublin.

In Ireland, the issue of a united Ireland is at the heart of any political debate on Brexit and what happens after the elections in Wesminster and the 26-Counties.

The Irish Government has an opportunity now to start planning for a debate on unity. If they do not want to fall into the same trap as the British Government has in terms of Brexit, then now is the time to plan and have that conversation.

In early November over 1,000 public figures representing a cross section of civic society across Ireland signed an open letter to Leo Varadkar emphasising “deep concerns about the negative repercussions which Brexit will have for our country, the Good Friday Agreement and the peace process”.

They make the case that “a clear majority of people in Ireland, both in this state and the North, want to remain in the European Union”. They have asked the Taoiseach to establish an all island Citizens Assembly and this I believe is a progressive step.

There is also a coming Dáil election and I attended the Galway West election convention. A generation is being left behind by the politics of Fianna Fáil and Fine Gael. Families are being ripped off by rogue insurers and rack-renting landlords. The government treats hard-earned taxpayers’ money with contempt while Micheál Martin continues to facilitate weak government through the confidence and supply arrangement.

People need solutions, not stagnation. I can see the challenges facing voters across Ireland. The problems facing Ireland in 2019 need real world solutions, in health, housing and public services to ensure that nobody is left behind, or allowed to fall through the cracks. People don’t need more of the same. They don’t need status quo politics, spin or empty rhetoric.

Sinn Féin is on the frontline campaigning and providing effective, progressive policy solutions north and south

Voter’s interests in this election are best served by voting Sinn Féin for a different future, by sending a clear message to the British Government that we want control of our own future through a referendum on Irish unity.