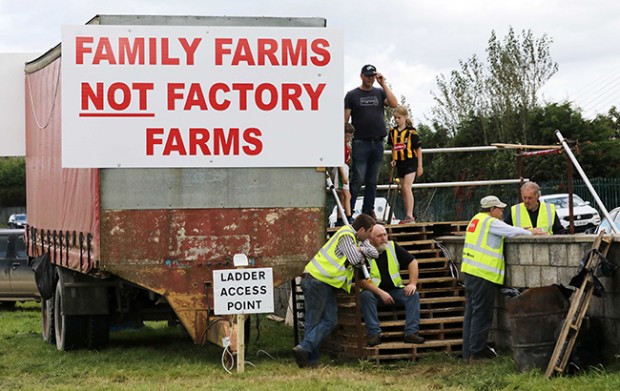 Niall Monaghan, looks at the economic and political forces behind the farmers gate protests across Ireland this year and makes the case for why this is the left´s battle.

The chaotic scenes we have witnessed outside meat factory gates this year are the outworking of a process that began decades ago, a process which threatens the very existence of rural Ireland. The politics of the situation are clear and it would be a grave mistake if the left failed to see the importance of this battle as part of our war against the scourge that is neoliberalism.

What is taking place is the last stand of a group of workers squeezed to breaking point by a small cartel of factory owners. As the largest left wing party on the island, it is imperative that Sinn Féin represents the vanguard of the response. Fine Gael and the EU have already bowed to the interests of multinational corporations, consciously accelerating a decline in Irish agriculture, rural communities and the environment. Allowing this to continue any longer means driving more workers off the land, and eroding the bedrock on which our nation is built.

The market is broken

The meat processing sector in Ireland is highly concentrated and three dominant companies use their position to control prices. The erosion of competition from the sector through mergers, has rendered farmers no longer free sole traders, but piece rate workers dependent on powerful conglomerates. Price increases are consistently rejected and industrial action has been met with court injunctions and intimidation. Make no mistake, when a farmer is barred from entering a factory, the factory owner is locking them out of their place of work. In this case, factories have also locked out the factory processing staff, in an attempt to drive public opinion against what they perceive as farmer ungratefulness.

For the last number of years, factory bosses have walked the line of paying just enough to keep the farmers from all out rebellion. Disgracefully, this does not even cover the cost of production for the farmer. These corporate giants rely on taxpayer money to bail the farmers out of the hole in which they are left, when all their bills are paid.

Essentially, EU Common Agricultural Policy funds are being used to subside factories paying farmers unsustainably low prices. This is the same system used by Walmart in the USA, which operates on the basis that the state should pay a portion of their workers’ wages in the form of food stamps or other subsidies, allowing Walmart to undercut the competition.

Farmers receive approximately 20% of the supermarket shelf price for their labour, with the factories and supermarkets devouring the rest. In terms of value representing labour time, a farmer maintains an animal for years, compared to a factory or supermarket, which holds the produce for days or hours. This unjust division of the profits pushes farmers into the trap of seeking economies of scale, and in the process killing the small family farm model of which Ireland has built its green agricultural reputation around the world. 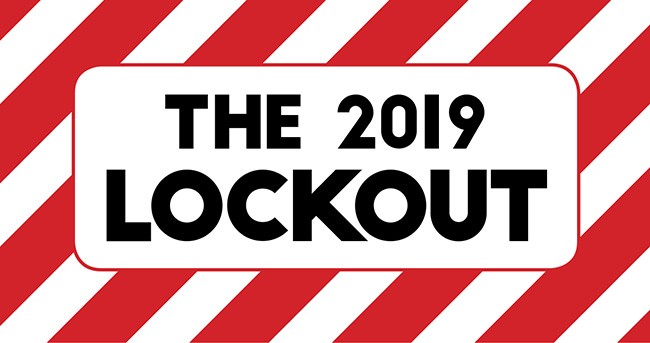 Generally, when we think of expansion it means land concentration but in agriculture a different model, supported by the factories has been chosen. It means abandoning green pastures and cramming massive numbers of cows into small grassless spaces, to be quickly fattened on diets that damage their health. This type of agriculture is called ‘feedlots’ and they now make up 18% of the weekly kill in Ireland according to Department of Agriculture figures for 2018. Many of these are owned by the factories and are tactically used to dampen prices when supply decreases, a situation which would have traditionally caused prices to rise for farmers.

The distortion of the Irish beef market exists within a broader European context of trade liberalisation and a will to withdraw direct support to farmers. Political thought in the European Commission holds that free trade is fair trade. Fair for who is the question? The liberalisation of agricultural produce access in exchange for car and pharmaceutical markets has not paid dividen for our farmers.

The Irish Government´s failure to take a stand against trade deals, which lead to the oversaturation of beef in the EU market, illustrates an ignorance to what is an EU cheap food policy. Why produce here what can be sourced in the developing world for half the price? Marx would describe this as corporate interests lowering the cost of the basic commodities workers need to survive, thereby allowing the payment of lower wages without mass rebellion.

The system of low prices and EU subsidisation of multinationals may have been able to continue if its development was not being paralleled by a consistent reduction of the agricultural budget at EU level. An increasing proportion of EU politicians reject EU financial intervention in the agricultural market, but instead of tackling the factory bosses to normalise market conditions they have chosen to slash subsidies to farmers. 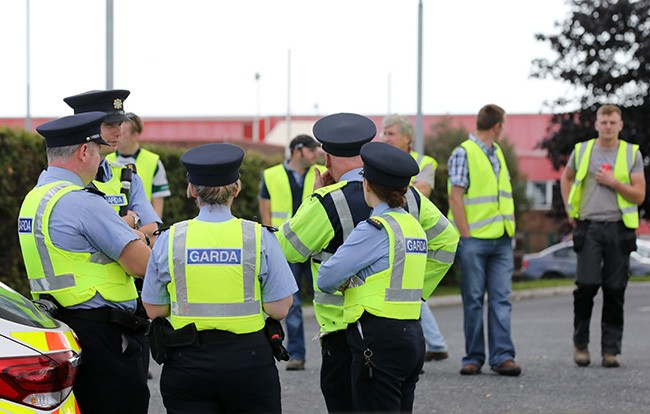 EU figures show that the CAP budget has fallen in almost every review since 1985, the latest cut is forecast at a further 15%. Of these funds the division is highly unequal. It has been a fact for some time that 80% of the funds go to 20% of farmers. Small farmers receive meagre sums and undertake substantial commitments to the environment to be eligible. Inequality is built in, as it operates on a system known as historic entitlements. This means that farmers who were more productive 20 years ago still receive higher payments based on that activity, as opposed to what they are doing now. Bizarrely, entitlements to payments can also be bought and sold. This could be described as the commodification of recycled value in the form of labour time.

Sinn Féin is fighting to reform the sector on the two fronts. Firstly, Sinn Féin believes the only way to reverse payment inequality is to abolish the system of historic entitlement and replace it with an equal per hectare payment across the country, adding an extra supplement to help sustain small to medium farms. The total EU payment any one farm could receive would be capped at €60,000 and the savings generated fed back centrally to boost the overall payments of all farmers.

Secondly, the powerful factories and supermarkets must be challenged to return profitability to production for the farmer. This involves legislating against unfair trading practices, such as below cost selling and offers being made far below an agreed cost of production. The market share of the big three factories must also be reduced, and the state should facilitate greater collective bargaining. A tough stance at home must be matched in Europe by a rejection of cuts to CAP and the Mercosur trade deal, which could flood the market with 99,000 tonnes of cheap beef.

A sectoral reform of this magnitude would restore profitability for farmers, halting the endless need for intensification and allowing a reduction in per hectare animal stocking levels. The knock on effect from this is a reduction in livestock emissions, improved health of our pastures and restored biodiversity. The benefits are not just environmental; ensuring the survival of the network of family farms guarantees a future for rural communities. This is a demonstration of what a left vision offers, an internal congruence between just standards of living and environmental restoration, in contrast to the current system’s need for increased extraction of resources and exploitation of the worker.

Unfortunately, for some, the relevance for the left of the farmers struggle has been diluted because they are land owners. This interpretation must be re-examined. In reality, many farmers are land custodians who often only make enough to survive, and refuse to sell the near unprofitable land due to a sense of duty to the generations that farmed it before them.

The profiteers of the sector are those large factory and supermarket bosses who extract the lion’s share of value from the farmers labour, enabled by an EU that rejects regulatory protections. For us to abandon this fight is to ensure taht right wing populism, with its archetypes of sponging immigrants and climate conspiracy leftists, finds a new home in rural Ireland among the disaffected. Let this not be a prime example of the triumph of the right being a result of the failure of the left.