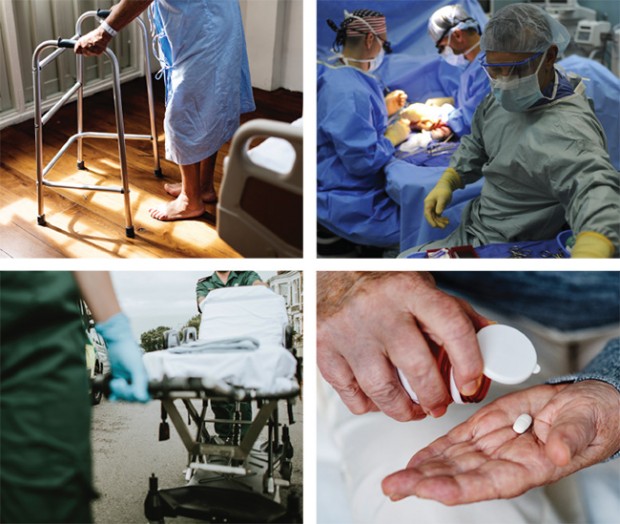 “A state of complete physical, mental and social wellbeing and not merely the absence of disease and infirmity”; that is how the World Health Organisation defines health.

It is of little surprise then that the future of our health and social care system is, and will continue to be, a major talking point in the debate around a New Ireland. Unfortunately the discussion around health tends to focus on the differences between the two systems that exist on the island ie the universal public health and social care model in the north and the 2-tier public/private health system in the south. This is understandable given the importance of protecting the universal healthcare we enjoy in the north.

Sinn Féin’s position is clear, healthcare needs to be universal, free at the point of delivery, and based on need, not one’s ability to pay. We don’t want a two-tier health system anywhere on the island-we want a universal healthcare system for all the people on this island. We want an all-Ireland National Health Service.

While both systems are different they share a host of challenges similar in nature and scale. Michelle O’Neill’s transformation plan for the health and social care system in the north Delivering Together-published in October 2016 – and the Fine Gael coalition government Sláintecare report into health in the south-published in May 2017 – when taken together clearly demonstrate the extent to which challenges facing health and social care on the island are shared.

Increasing waiting times, persistent health inequality, a growing aging population, mounting pressures on GP services, lack of care packages in the community, recruitment and retention difficulties in the health workforce and the lack of provision of mental health services, are all issues that will sound as familiar to those in Ennis as they do to those in Enniskillen.

There are strong similarities between the solutions put forward by Delivering Together and the Sláintecare strategy. Both reports advocate the need to increase prevention efforts, build capacity in primary care, provide more services in the community, improve access to health and social care, and tackle health inequalities. Importantly, in both cases cross-party political consensus was secured in support of the way forward.

Most significantly in the context of our goal for an all-Ireland NHS is the fact that Sláintecare recognises “the need to establish a universal single tier service where patients are treated on the basis of health need rather than on ability to pay” in the south. It also identifies integrated care, specifically “timely access to all health and social care according to medical need” as one of its eight fundamental principles.

The direction of travel for the health system in the south therefore is towards integrated universal health and social care system. 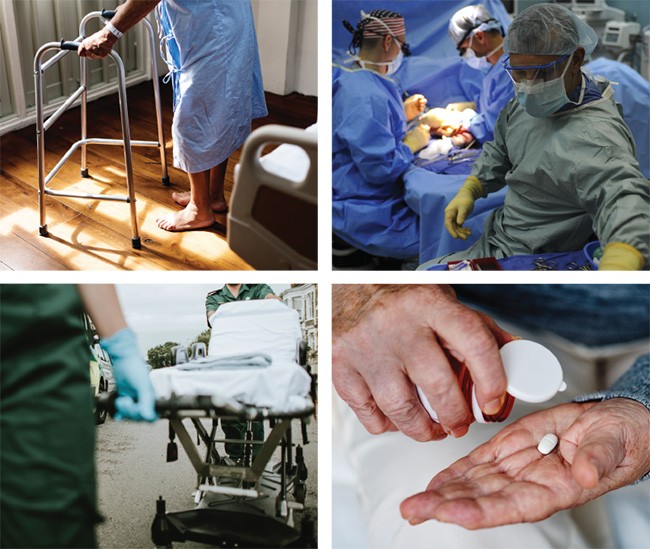 Michelle O’Neill’s transformation plan is about ensuring universal integrated health and social care in the north is protected and delivers better outcomes to people into the future. We are on the same path.

While the direction of travel suggests the health service in the south is moving closer towards the universal service we want to protect in the north it should be recognised that some all-Ireland and cross-border health services are already in place dealing with challenges already facing services and providing better health outcomes of people on the island. The reality of these services having developed over the years, with health ministers on either side of the border that were less than enthusiastic about the development of cross-border or all-Ireland health services, is testament to the practical need for them.

The All-Ireland Congenital Heart Disease (CHD) Network is one of the best known services. A service review in 2012 concluded that heart surgery at the Royal Belfast Hospital for Sick Children was no longer sustainable because the population of the north meant that numbers of procedures carried out each year fell short of what was required of a sustainable service. Were it not for the all-Ireland service children requiring heart surgery in the north would have had to go to Birmingham.

The issue of lack of sustainability of specialist services, whether due to a lack of patient demand or qualified staff, applies to many other services. Recently we have seen the loss of paediatric pathology services in the north. Those in the north who want to access this service now need to go to Liverpool. I have met with the Health and Social Care Board and they agree that an all-Ireland network in Paediatric Pathology is the way forward, not only to make the service available on the island for people in the north but also for the service to be more resilient and sustainable nationally.

There are many other examples of cross-border services currently being delivered such as the radiotherapy unit in the North West or the Memorandum of Understanding between ambulance services in covering the border region. And much more potential for providing specialised services for everyone on the island such as Deep Brain Stimulation where patients requiring it in the north are referred to Britain.

Realising an all-Ireland universal health and social care service to its full potential can only be done in the context of a New Ireland delivering a truly National Health Service for the island. 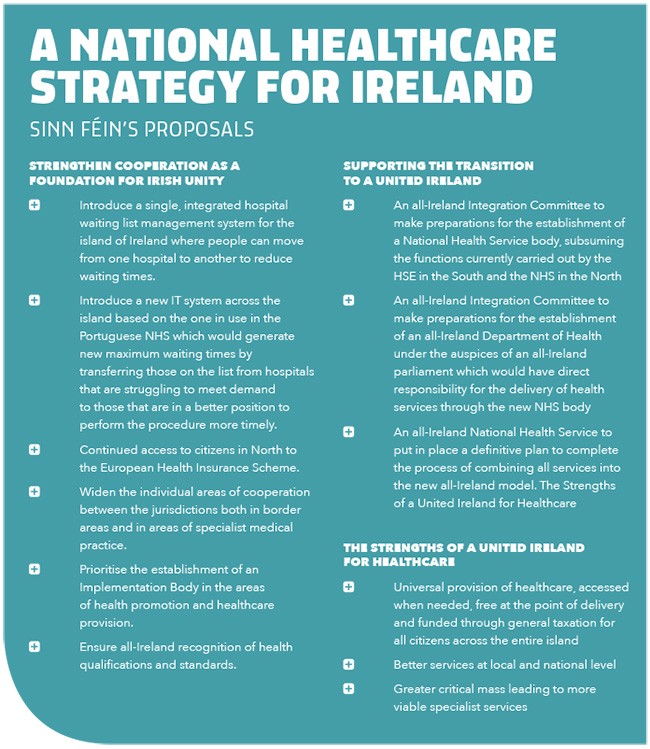 A National Healthcare Strategy for Ireland

Strengthen Cooperation as a Foundation for Irish Unity

Supporting the Transition to a United Ireland

The Strengths of a United Ireland for Healthcare