A united Ireland in our lifetime 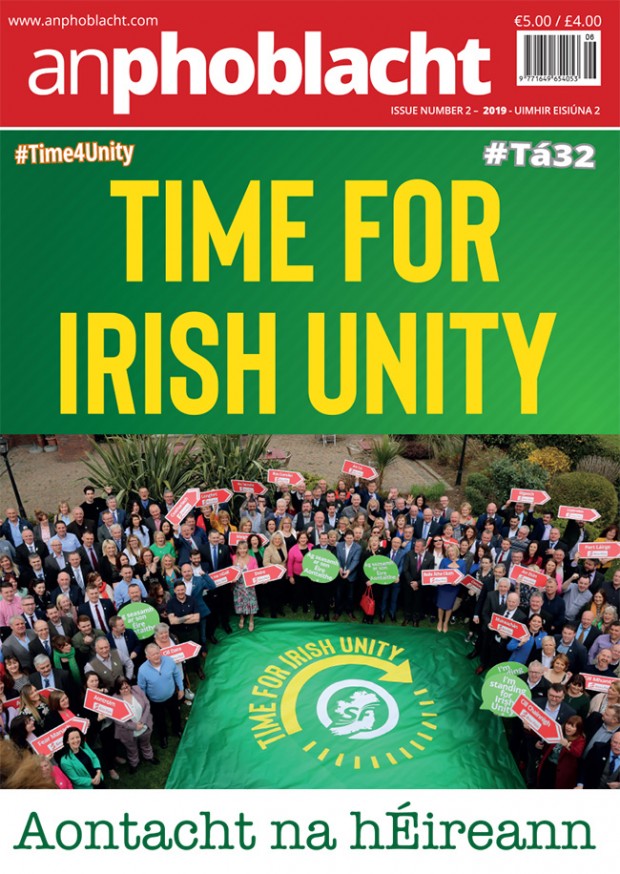 The republican united Ireland is not a Dáil takeover. It is not a question of the North joining the south. There will be no ‘Super Dáil’. However, what if there was a transition to a genuinely representative consensual Irish parliament or assembly?

This is the goal for all Irish republicans. But let’s be clear what this united Ireland is not. It is not some utopian dream of a magical mystical green island, where political unity magically wipes the slate clean of the many inequalities, injustices, problems and issues undermining society north and south. Creating a better Ireland is going to be a difficult task.

The republican united Ireland is not a Dáil takeover. It is not a question of the North joining the south. There will be no ‘Super Dáil’. However, what if there was a transition to a genuinely representative consensual Irish parliament or assembly? How would we structure that assembly? What if there was a local government system that put power and resources back into the hands of communities? Luke Callinan takes on this issue and the imbalances in economic development that have neglected rural Ireland in his article.

What if there was a national health service for the island, where quality medical care would be delivered free to all? What if there was a housing strategy that bypassed the banks in league with vulture funds and profiteering vested interests? What if planning was truly in the hands of communities best equipped to take these decisions. Pearse Doherty outlines a vision for an all-Ireland economic policy, which has at its heart a commitment to job creation and a guarantee of economic dignity for all.

The ‘to do’ list for this new Ireland is vast. There is so much to be done. There is unfinished business on a range of equality issues beginning with gender, but encompassing many other areas.

There are whole communities, families, children, who have been written off by the failed institutions that govern this island north and south. A republican united Ireland would be the sum of all the people of Ireland. It would prioritise a campaign to finally tackle the poverty that has blighted this island for centuries.

Finally, there is a climate change crisis to be faced up to. What better example than this of a need for a united Ireland strategy. This edition includes a range of voices and opinions on a united Ireland, including Colin Harvey, Paul Burgess, Mícheál Mac Donncha, Dave Gibney, John McGibbon and Brian Carty. I hope you find views that interest and challenge you.

Let’s get to work on promoting the idea, starting the conversation on what that better Ireland could be.