Bring on the Productive Economy

If the left is to enter into and eventually lead the economic debate it must promote long-term sustainable growth. 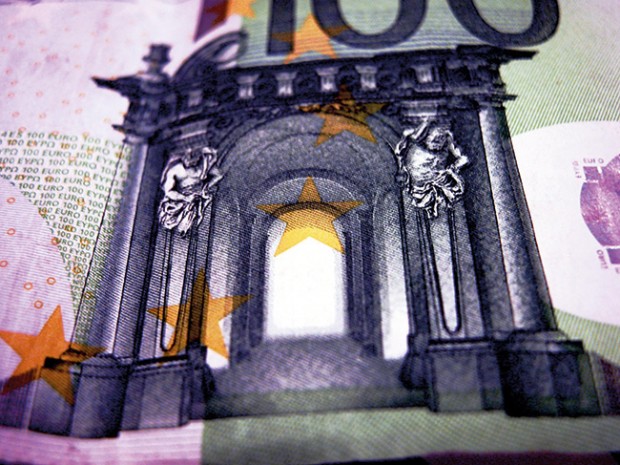 We need a new business model focused on long-term wealth creation in contrast to the unproductive house-flipping activity prior to the crash.

Too many people on the Left treat the economic debate as an extension of the budget – arguing for increased public expenditure here, increased taxation there, and ranking resources in order of priorities.  While these arguments need to be made and won, the economy is not a function of budgetary options.  If we are to enter into and eventually lead the economic debate we must promote the long-term sustainable growth of the productive economy – that space where people produce goods and services that other people want to buy or need.

There are three basic elements to growth:

These three elements make up productive, long-term and sustainable growth.  And while this may seem rather dry (it is) this is the stuff of the economy.  And the implications are both widespread and challenging.  Let’s go through some of these elements.

Investment is the driving force of a modern economy – and it goes beyond just public investment.  We need to revamp the tax and grant regime to discriminate in favour of productive enterprises – particularly, in the indigenous sector.  More importantly, we need a significant strategic investment bank and public competition with private retailers.  This requires a re-think on privatising AIB which could serve both these functions as an aid to the productive economy.

Unblocking bottlenecks to labour supply is essential.  The lack of affordable childcare is not only a burden on households and businesses (money spent on high-cost childcare is less money spent in the productive economy), it also strains labour supply.   Expanding labour supply is also negatively impacted by precarious employment; especially if this bars people who, for example, are balancing caring duties, or find themselves trapped between uncertain work and the social protection system.

In addition to unblocking bottlenecks, we must invest in our human capital, or education and re-skilling.  In the future, education will become increasingly important in driving innovation and productivity.  However, Ireland fares poorly in this regard.  We would have to increase education spending by €2.5 billion just to reach our EU peer group average; we are under-investing in early childhood education; while the high cost of third-level education is essentially a tax on learning.

In addition to education, Ireland is a major under-spender on research and development.  Again, to reach the average of our EU peer group, we’d have to spend more than €1.3 billion.  In both education and R&D, we need to devote substantially greater resources.

One of the key issues in promoting sustainable long-term growth is to grow businesses that have the capacity and willingness to bring together investment, education and R&D in order to promote innovation and increase productivity.  And here we run into some problems.  Multi-national investment has been vital in inserting the Irish economy into the global chain of capital-intensive and digital companies.  Without this investment, Ireland would be a much poorer place. 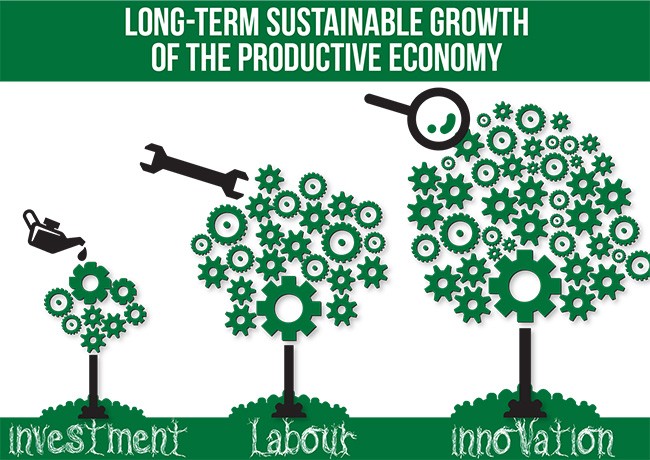 However, when we turn to indigenous businesses – which accounts for over 80 percent of employment in the market economy – we find an under-performing sector by European comparison.  Indigenous activity is over-concentrated in the low value-added, low-waged sectors (wholesale/retail, hospitality) and under-represented in the higher value-added manufacturing sector apart from food.  Given that small and medium enterprises are less likely to export or, when they do, are over-reliant on the British market, we need new strategies, rather than the old, and largely discredited, stand-bys (lower wages, lower taxes, lower regulation).

We need a new business model that is focused on long-term wealth creation in contrast to the unproductive house-flipping activity prior to the crash.  This will entail the creation of new generation enterprises committed to investment, training and education, innovation – working to a longer horizon than the next quarterly report or annual accounts.  This new model sees business as a social space – composed of a series of contractual relationships between stakeholders: managers, shareholders, workers, suppliers, creditors, the community, the environment; a collective asset operating within complex markets.

In this, work is transformed – from the pernicious ‘labour is a cost’ to labour as a co-equal with capital in creating income and wealth, disassembling unproductive hierarchical practices.  This requires not only the privileging of labour (collective bargaining, employee participation and management); it also require facilitating a plurality of enterprise forms:  public enterprises (national, regional local), community-owned businesses, hybrid private-public companies (not to be confused with PPPs), labour-managed enterprises, networks of self-employed workers (in cooperative form), etc.

This can be jump-started through a new grant system that offers – through public agencies and a public bank – an enhanced suite of supports and patient capital to enterprises dedicated to these responsibilities of investment, innovation and labour-privileging.  It can also be facilitated through legislation that recognises the rights of the producers – the workers – promoting collective bargaining, the ending of precariousness, and in-work benefits through an expanded social wage.

But we should be aware that this requires a long-term, cultural struggle – to steer the public debate away from the vapid notion of the individualistic, American-cowboy motif of the lone entrepreneur struggling against red tape, taxation and unions to create wealth.  Rather, business endeavour and innovation is a social activity – men and women working together in the workplace, in networks, in a community of like-producers.

The fundamental starting point is women and men, applying their skills to expanding investment, to create goods and services that people need or want to purchase, in a social space in which they play an ever increasing role, where capital becomes more an instrument than an organising principle, blurring the division between public and private markets.  This can unleash the economic and social potential of civil society.

It is high time that progressives and trade unionists champion this vision and campaign for the step-by-step programme that will slowly piece these together, challenging employers’ prerogatives and their ideological monopoly over what makes up a competitive and efficient economy.  This is about privileging the producers.

Welcome to the new productive economy.

Michael Taft is an economic analyst and trade union activist