Fiachra McGuinness speaks one year on... 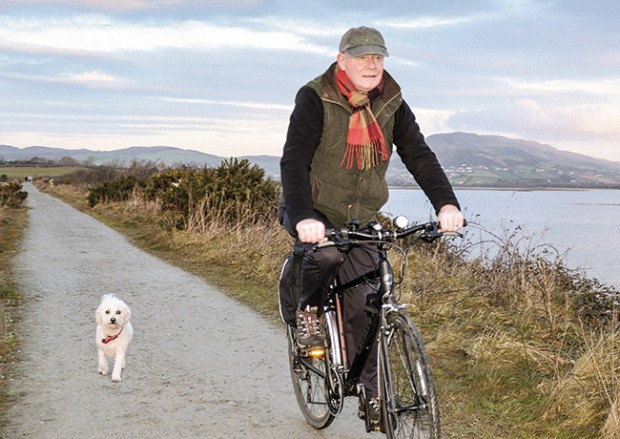 With a series of events taking place later this month to mark the anniversary of Martin McGuinness’ death, Fiachra McGuinness recently talked to the Derry Journal about the impact of his father’s death one year on. An Phoblacht reprint Fiachra’s comments to the ‘Journal’.

“Obviously the death of my father was devastating for us as a family and the last year has been very tough on us all,” Fiachra said.

“I know Martin McGuinness meant a lot of things to different people but to us, first and foremost he was a loving daddy, a granda, a brother, a husband. He doted on his family and it leaves a huge hole when someone like that is lost and we miss him every day. We always will.

“But we have strength together and we have had unbelievable support from people right across the world who had nothing but respect and admiration for my father and we are very thankful for that. It does help and it does give you the strength to keep going because we know that is what he would have wanted.

“In a way we are also lucky that we can take great pride on what he achieved during his lifetime. He was a massive figure in Irish politics and helped to transform this society so that our children are growing up in a better place than he did. That, to me, is the greatest achievement of all – to give that gift to future generations.” 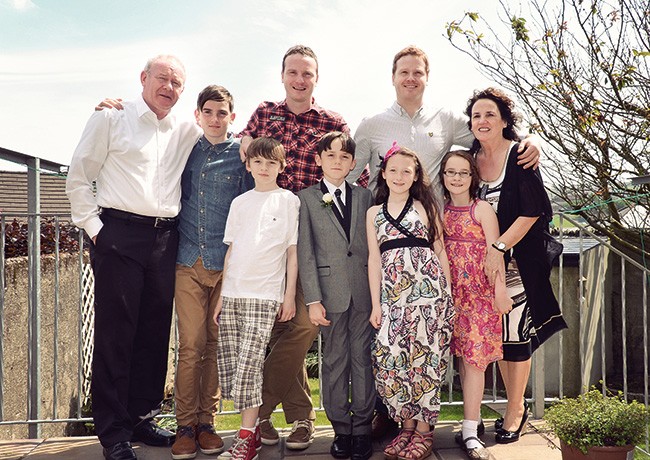 A huge part of Martin McGuinness’ political life revolved around his role as Deputy First Minister. And his resignation from that post set in train a set of events which has ultimately led to the current political crisis at Stormont. But does Fiachra McGuinness believe politics would be in a different place now if his father was still here?

“I don’t see how things would be different because it is not through a lack of leadership in Sinn Féin that there is still no Executive in place, it is because of the DUP’s failure to embrace the rights and equality that is needed for a power-sharing government to genuinely represent all of the people.

“I have heard this said many times that things would be different if my father was still here but I don’t see how people can come to that position if they actually read his letter of resignation. He knew exactly what it entailed when he resigned. It was a very difficult decision for him to take because he knew that restoring the institutions wasn’t going to be easy. But he was absolutely adamant that any government had to treat all the people equally. Those words are etched on his headstone because that is what he fundamentally believed and he knew that radical change was needed in order to make that happen.

“Of course he would have been frustrated by the DUP’s behaviour over recent weeks and their decision to renege on the agreement to restore the institutions. That was a mirror image of their decision to renege on the deal to build a peace centre at Long Kesh which he said himself, marked the beginning of the deterioration of the DUP’s behaviour in government.

“He knew there had to be an end to that kind of disrespect and failure of leadership. My father may be gone but the bar he set is still there. There have to be rights, there has to be equality and reconciliation if we are to move forward as a society and I look around at the calibre of leadership and activists in Sinn Féin and I know we will get there. And I know he would be so, so proud.”

A series of events will take place to mark the anniversary on March 21st, and Fiachra McGuinness admits it will be a difficult period for the family.

He said: “Of course, it will be hard but, as ever, we will get through it as a family and I’m sure it will be inspiring too. Gerry Adams will be speaking about his memories of my father at an event in the Millennium Forum which I am sure will be very emotional and events like the Gaelic blitz and ‘The Chieftains Walk’ are really fitting ways to remember my father because they all represent things that he loved and were synonymous with him. So we really hope that the people of Derry get behind the various events taking place and help us remember our Chieftain.”