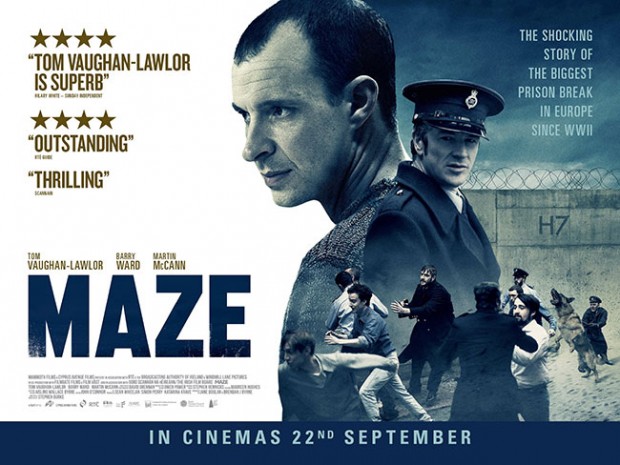 I first saw the movie Maze when it was screened earlier this year at the Galway Film Fleádh.

I had previously met up with actor Tom Vaughan-Lawlor when he was conducting research for his role in the film, playing Larry Marley, the mastermind behind the mass escape from the H-Blocks, Long Kesh, in September 1983.

I also had the opportunity to visit the set in Cork Prison when the film was being shot and met with writer and director Stephen Burke. I had met Stephen almost 20 years earlier when we screened his film ’81 at the West Belfast Film Festival. That film is set during the time of the Hunger Strike and remains, in my opinion, one of the best films made about that time, depicting events happening on the outside rather than on the inside.

At the screening of Maze in Galway, I was in the company of Larry Marley’s sons, all of whom I’ve met on numerous occasions over the years, so I was anxious on their behalf to see just how the film would portray Larry and the events of the time. 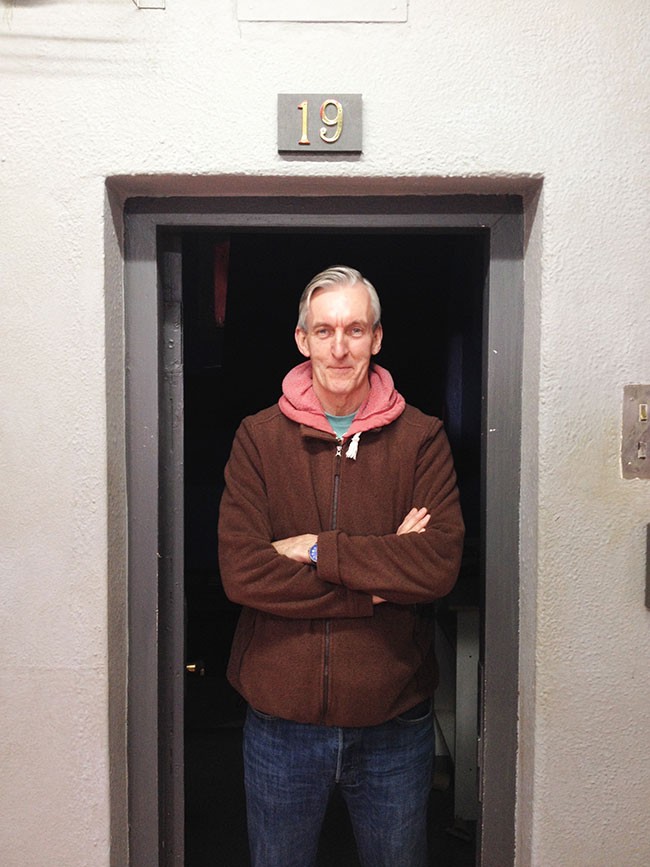 • Laurence McKeown on set in the old Cork Prison

It’s difficult to relax and allow ‘the suspension of reality’ to kick in when you know intimate details about an event being portrayed on screen, was there at the time (though in another Block, unfortunately!), know the look and feel of the place, the attitudes and thinking of the time, and so forth. And I know now that that tension between my personal knowledge and what I was watching on screen spoiled my enjoyment of the film on the night. It wasn’t the fault of the film-makers; the fault was all mine.

Having had the chance to watch the film again when it was premiered by the Belfast Film Festival I was able to get so much more out of it.

No longer was I looking at it with an eye anxious to see if it ‘ticked all the boxes’ regarding its ‘republican credentials’ but could enjoy it as a movie.

And it is an excellent movie. 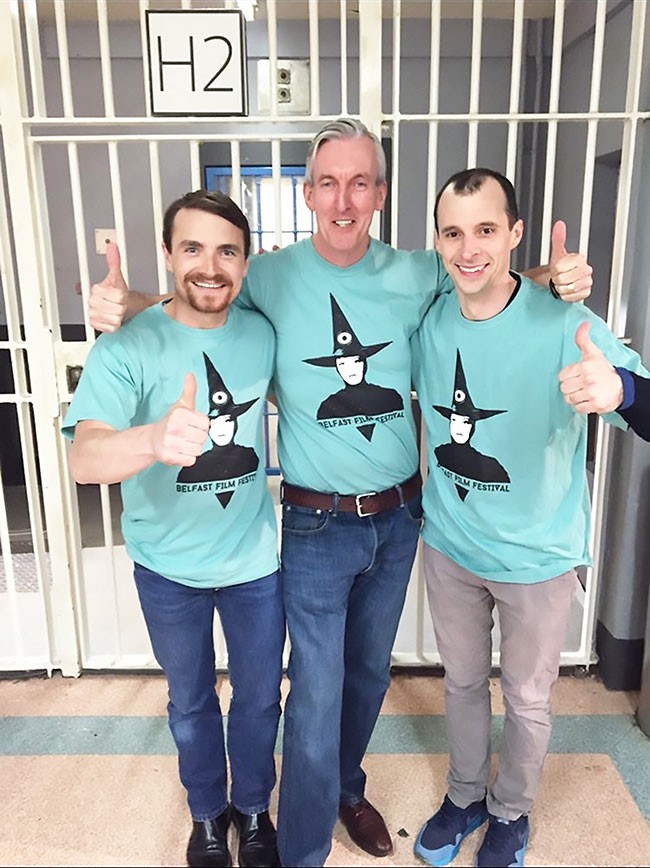 No, it doesn’t reveal all the minutiae involved in the planning and execution of the escape (no film every could) but what Stephen Burke did, by focusing on the character of Larry Marley, was to form a thread between the Blanket Protest and Hunger Strike, the situation the prisoners faced in the aftermath of the Hunger Strike, and their commitment to pursue their struggle unbowed, unbroken, undefeated.

The film, whilst focused on the aim to escape, sets it within the wider political and historical context of all that has gone on before within the prison, shows the integrity of the prisoners, and portrays them for what they were: ordinary human beings as well as captured IRA Volunteers.

For me, what was most significant about the 1983 escape – apart from its planning and implementation – was the absolutely outrageous thought that IRA prisoners could carry out an escape on such a huge level, and less than two years from the ending of the Hunger Strike. Less than two years from when they had spent their days, for up to five years, in a 10ft by 6ft cell 24/7. That someone could actually imagine taking over one of the H-Blocks in what was regarded as the most secure prison in Europe, then driving to freedom in the prison food lorry was absolutely outrageous.

It was that audacity of thought that was Larry Marley; ‘An Diabhal’, as he was affectionately known to us.

Films of this nature do not attract funding. I know it was a battle for Stephen and especially for his partner and producer of the film, Jane Doolan, to get it financed. Their commitment, resolve and determination to achieve their goal reflects the values and principles of those they have portrayed on screen. And, for that alone, they are to be commended. 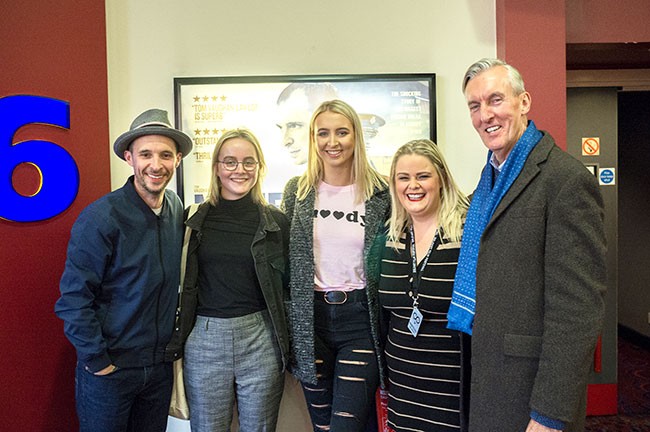