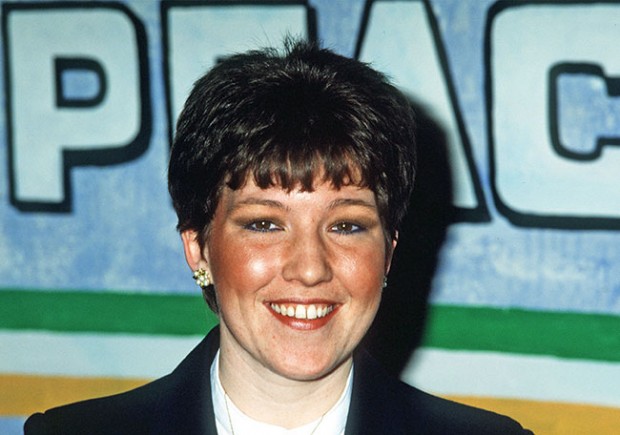 SHEENA did not see her killer. She sat with her back to her assassin who, holding a handkerchief over his face, shot her through the heart. With a final coup de gráce he stood over her and fired one last shot into her head. The remarkable life of Sheena Campbell was over.

The Queen’s University Law student and Sinn Féin activist lay dead on the floor of the York Bar in Belfast, her cries for freedom silenced, the shadow of collusion hanging over her body, her young son Caolan left without his mother.

It is 25 years since the murder of Sheena Campbell on the 16 October 1992. She was 29 years old and entering her second year in Law when she was shot by the Ulster Volunteer Force. There is a strong argument to be made that there was British state involvement with loyalist paramilitaries in the targeting and assassination of Sheena.

Evidence clearly shows that arms of the British Government in Whitehall – Military Intelligence, the British Army, the Ulster Defence Regiment and the Royal Ulster Constabulary – colluded with unionist death squads in the assassination of Catholic targets.

The British Government used state violence on citizens in its jurisdiction as a means of political control.

Political conflict academic Ted Robert Gurr (1986) defines state violence as a rational, intentional choice and proposes that one of the necessary preconditions for the use of state terror is the existence of a class, group, or party that the ruling elite see as a threat to its continued rule. Sheena Campbell – the girl from Ardowen in Craigavon, with the infectious laugh, vibrant personality and blue eyeshadow – had been identified by British Intelligence as a threat to the Establishment.

The killing had been well-planned.

Only two weeks previously, Sheena was stopped at an Ulster Defence Regiment military checkpoint and her diary and university timetable was taken from her. 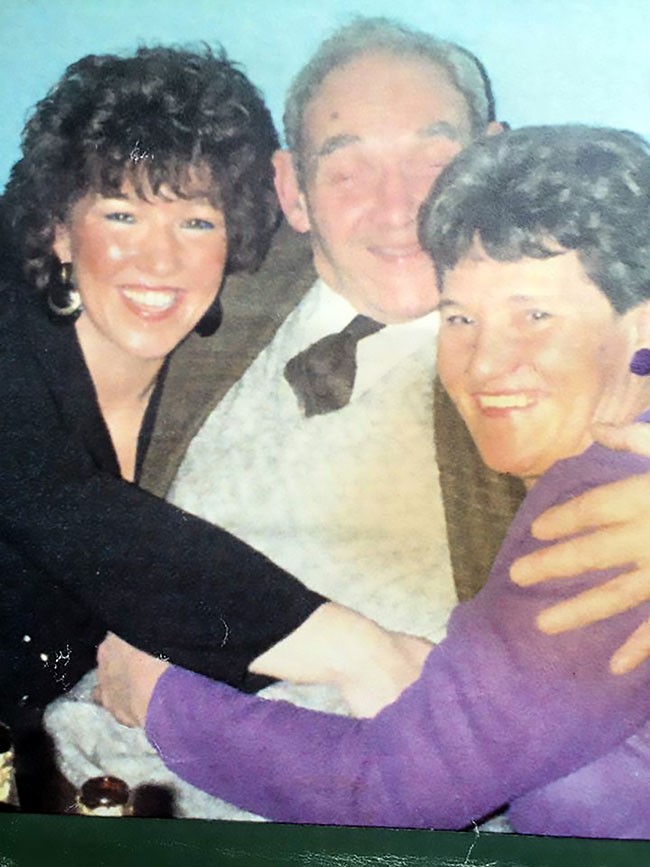 • Sheena with her grandad Seamus Cairns and her mother Jean Fagan

The UVF assassin entered and exited the York Bar with ease despite a prominent security presence in that area at the time. Within minutes of her killing, Sheena’s car, which had been parked over a mile away from the shooting, was impounded and taken to Ormeau Road RUC Barracks.

Her murder remains unsolved despite her family learning at her inquest that two men had been arrested in possession with the murder weapon just months following her killing.

One year and twelve days later, on 28 October 1993, two of Sheena’s cousins, brothers Rory and Gerard Cairns, were shot dead in their home by masked UVF gunmen in front of their sister Roisín. It was her 12th birthday. There is also overwhelming evidence that the state colluded with unionist paramilitaries in the targeting and assassination of the brothers.

Within the structures of Sinn Féin, Sheena Campbell was a rising star, an important backroom strategist. Gerry Adams credits her with turning the party’s electoral theory into practice by developing the Torrent Strategy, reconstructing the way the party approached elections and canvassing.

Sheena orchestrated three politically-significant and successful council by-election campaigns in 1991, including the election of Francie Molloy in an area traditionally with an SDLP majority.

• Sheena with her son Caolan, who was only ten years old when she was killed

A political activist from her early teenage years, founding a local Youth Against H-Blocks group, by her early 20s Sheena was Chair of the Upper Bann Sinn Féin Comhairle Ceantair. She sat on the party’s Six-County Executive and the Ard Chomhairle.

In 1985 and 1989, she stood as a council candidate and as Sinn Féin’s representative in the 1990 Upper Bann by-election, campaigning on a policy of lasting peace.

Sheena was a visionary. She was brave and intelligent, organised and methodical, working tirelessly to achieve the dream of a united socialist Ireland. When Sheena walked into a room she lit it up with her smile and sparkling eyes; her love of life was contagious. She is greatly missed.

While her memory will live on through the foundations she helped put in place for Sinn Féin’s electoral successes, and through precious memories of those who knew and loved her, the thought of where she would be today and what she would have achieved is too painful and real for her family.

Sheena Campbell, a law graduate, full of passion and sheer determination, moving mountains, charming the opposition, leading from the front while dancing to the revolution.