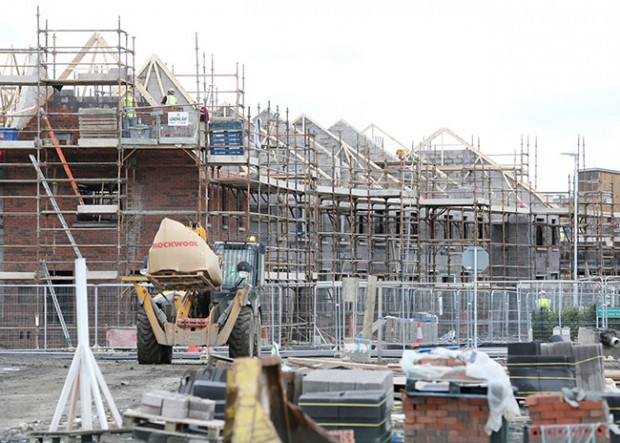 MOST PEOPLE are fortunate enough never to have to experience homelessness. But for those of us who have, it can be a traumatic experience, notoriously difficult to escape from, with far-reaching and long-lasting consequences.

There has been much written about the effects on life chances and health of children and young people who have experienced homelessness. Children enduring such isolation spend the rest of their lives struggling to catch up with their peers. Having lived through intermittent periods of homelessness as the child of a single parent, and then again as a lone teenager, I felt as though my life was on hold.

Homeless teens generally avoid involvement with the child welfare system, yet they are ineligible to use shelters and are too young to qualify for financial assistance. This is a pervasive problem, making this already extremely vulnerable age group most at risk of exploitation.

At 16 to 18, I fell between the cracks in the system. Unable to claim benefits, not a ward of the state, unable to rent my own home, I found myself ‘sofa surfing’, working behind bars for £3 an hour, while I somehow managed to study for my A-Levels.

As a young member of the ‘hidden homeless’, I faced significant barriers in accessing my education, something my peers took for granted. I was not a ‘problem child’, or of ‘low morals’, nor was I a ‘delinquent’ or any of the other pejorative terms used to describe homeless teens. And nor would it matter if I had been.

As it was, I sought sanctuary in school and was an A-grade student who worked from the age of 13. The stereotype of the homeless teen is a false one. Given the wrong set of circumstances, anybody of any age could find themselves in a position where they’re dependent on others, living in temporary accommodation, or worse.

As a firm believer in the transformative power of education, I managed to make it to university, albeit three years behind my peers. I fear that for homeless youngsters today, however, against whom the odds are stacked even higher in a system rigged entirely against them, schooling is an almost impossible goal, forced low down the priority list by basic survival.

Having volunteered in many shelters, it is plain to see that, in the years that have passed, little has changed in terms of negative public perceptions of the homeless, compounding feelings of inadequacy that never quite leave, making this my first self-disclosure, known until now only by those very close to me at the time.

The current crisis has not happened in a vacuum, and while the publication of individual personal stories may have emotional power and appeal to people’s sense of justice and compassion (and in that regard are useful for drawing public attention to the issue) this approach detracts from a more serious analysis of how class power and ideology operates in Ireland.

The homelessness epidemic is the outcome of deliberate political choice; it is how economic and political power manifests itself in Ireland.

We have, on the one hand, a class of people denied the right to a home and subjected to exorbitant rents; on the other hand, landlords who impose and receive these rents and the speculators who profit from limiting the supply of housing.

Meanwhile, state subsidies and tax breaks continue to line the pockets of developers and landlords to the tune of millions of euro without promoting the provision of homes in significant numbers. All of this points directly to the failure of a housing strategy that relies on private sector finance and delivery.

As Fintan O’Toole has written in the Irish Times:

“If tax breaks for developers created a stable housing market and good urban planning, we’d be living on Paradise Island.”

This is not news, and yet an individualistic assessment of inequality continues to dominate – that poverty is a result of people’s own inaction, lack of ambition and general fecklessness. It’s an idea propagated by an economic and political elite whose power rests in the myth that there is no such thing as class or class struggle Ireland. 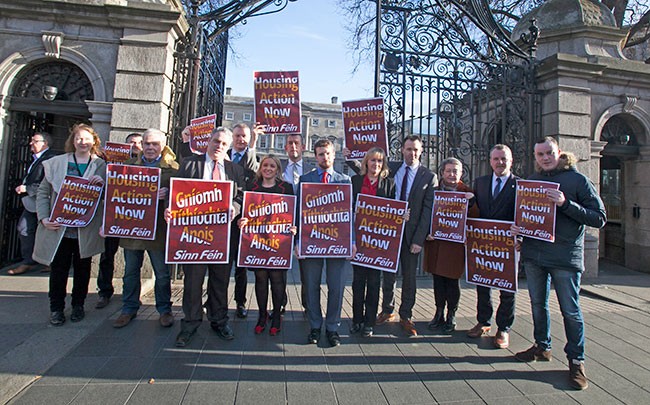 The moralising of poverty and the notion of the undeserving poor has a long history in Ireland, remaining long after the welfare and poor law reforms. This is due in no small part to the very specific relationship between church and state, with the moral and political authority of the former left untouched or indeed strengthened by successive national revolutions.

The absence of a fully-functioning welfare state meant that church institutions, along with charities, were granted key roles in health, education and welfare provision. With the demolition of the workhouse came a new type of institution in which to warehouse the most vulnerable in society: mother and baby homes, industrial schools, Magdalene laundries and orphanages.

These religious institutions coercively confined the ‘immoral’, thus saving respectable Irish society from risk of contagion whilst maintaining that theirs was an act of mercy as opposed to a way in which to dominate and condition the poor – the hand that feeds also controls, after all.

Nothing illustrates the divide in societal values quite so starkly as the homeless epidemic insofar as the balance between private and public interest has been too far weighted towards the private. 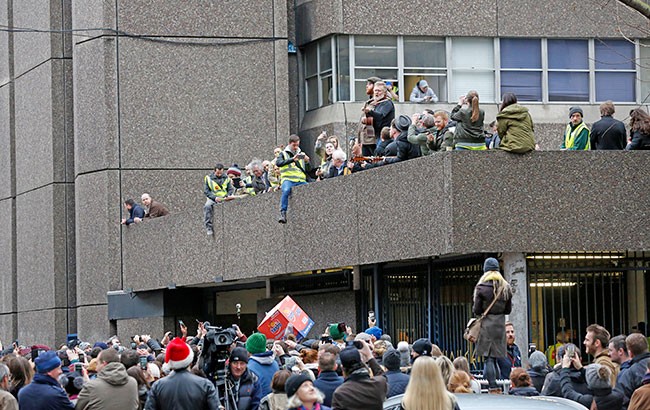 The rise of neoliberal political philosophy and the financialisation of the housing market in the decades preceding this scandal provides an important context: severe cuts in public investment in social housing and an increasing emphasis on the privatisation laid the basis for the acute crisis that sees mothers such as my own finding themselves walking the streets from 8am till 8pm with young children, trying to find somewhere to stay.

With so few HAP (Housing Assistance Payment) tenancies available, private sector housing will continue to be out of the reach of the majority of recently homeless people, regardless of how ‘affordable' they are deemed to be.

Even for those who are working, in minimum wage employment an average of 60% of their income would be spent on rent alone.

I was unusually lucky in that I was eventually allocated a tiny council flat and yet it was still all but impossible to make ends meet. Merely creating roofs for people fails to tackle the structural inequalities that perpetuate the cycle of poverty. 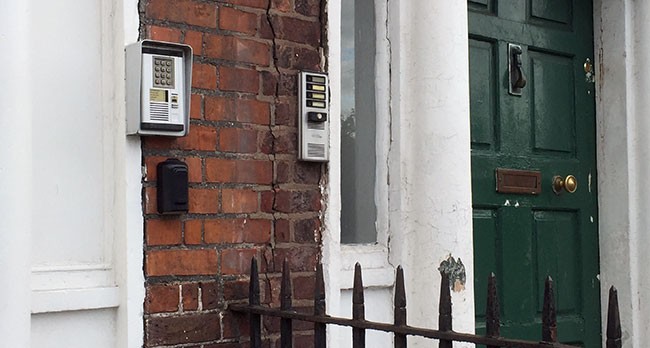 On the Government’s own estimate, the state can build a social home at an average cost of €191,000.

Unite the Union has noted that if the Government were to increase Employer’s PRSI contributions to EU levels this would raise an additional €8billion for public investment. Committing just half of this additional revenue (€4billion) to social housing would provide an additional 20,942 social homes and create tens of thousands of additional jobs, both directly through the front-loaded investment in construction and related sectors and indirectly through induced employment (demand created by the increased purchasing power of those employed).

If the Government was serious about tackling inequality, surely making sure people have a safe place to sleep at night, council-owned, secure homes must surely be a policy priority.

With conservative targets set and ultimately missed, the regurgitation of earlier announcements and ‘plans’ presented as new, leaving the scale of the crisis in no way matched by policy implementation, it is little wonder that people are angry.

Of course, no government could solve the issue within the space of a couple of years but the lack of any discernible political will to confront such enormous financial issues as the role of NAMA; the land hoarding of developers who receive tax cuts, then wait for prices to rise before they build, leaving buildings and areas derelict; and the abdication of the responsibility of local authorities and public agencies to provide housing (not to mention the billions in back taxes owed by Apple) is a clear demonstration of where the leading parties’ priorities lie.

If we are to see a real, discernible improvement in the homeless situation, then is time for time for a pluralist approach to ensure a broad-based housing campaign on both parts of the island, including the development and advancement of solutions along the lines of those being proposed by the constituent parts of the Irish Left.

This would attract popular support and be a step towards the abolishment of a rule that shouldn’t exist, one to which I and others like me don’t wish to be considered the exception.