Is unionism up for genuine power-sharing? 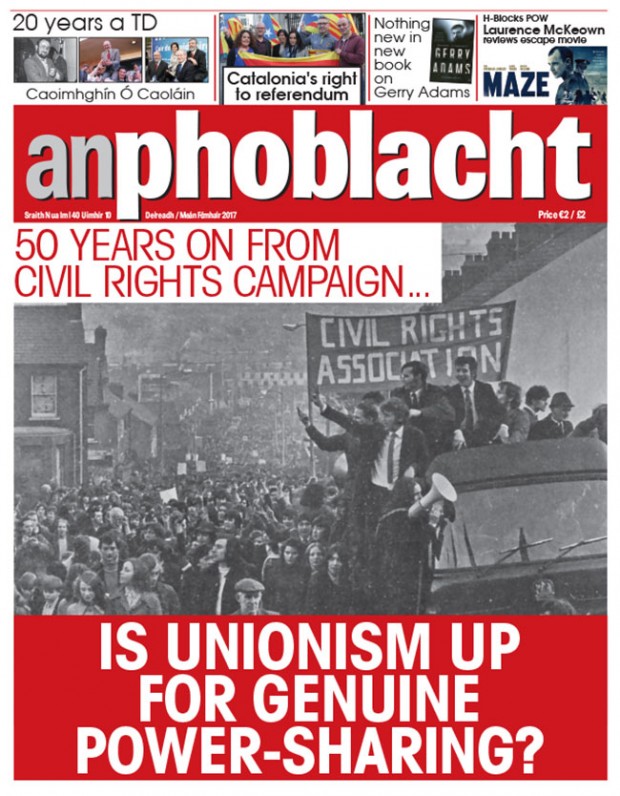 ALMOST a year ago, the institutions in the North were rocked by the Renewable Heat Incentive scheme scandal. Amidst allegations of incompetence and corrupt practices, the scheme could cost taxpayers £400million over 20 years.

This was a scandal too far for institutions that had leaked public confidence due to the actions of the DUP and British Government and their failings to honour agreements.

Martin McGuinness was clear that the institutions can only work on the basis of equality, respect and integrity.

Since Martin McGuinness resigned in January, Sinn Féin has worked tirelessly to have a sustainable Executive established. Institutions working on behalf of all citizens equally are in the best interests not only of republicans but for all in society. Sinn Féin wants to be in government North and South – but not at any price.

Sinn Féin in government in the North held their partners to account on the scandals and on the refusal to recognise equality and the rights of all. It is a level of accountability that has been missing from the many government permutations in the South. It is an accountability that threatens the hegemony of Fianna Fáil and Fine Gael.

The recent pronouncements of the Fianna Fáil leader about the fitness of Sinn Féin for government sound more like the extremes of unionism than the leader of a ‘republican’ party. In his arrogance, Mícheál Martin forgets that it is up to the people to decide who can be in government.

It is clear that, despite the spin of Fianna Fáil and unionism, Sinn Féin wants the institutions up and working for all.

The question that is unclear is the intention of unionism.

Since the Westminster election in June, the DUP has given a blank cheque to support a dysfunctional right-wing Tory Party and their disastrous Brexit policy. It appears that some in the DUP much prefer supporting the Tories in Westminster than power-sharing in Belfast.

Unionism needs to make it clear if it is up for genuine power-sharing – a partnership of equals – or if it wants to continue with the fantasy of a perpetual unionist dominance that has long since ended.

A partnership of equals that will respect the rights of all and operate with integrity.