The republican roots of the Irish public sector 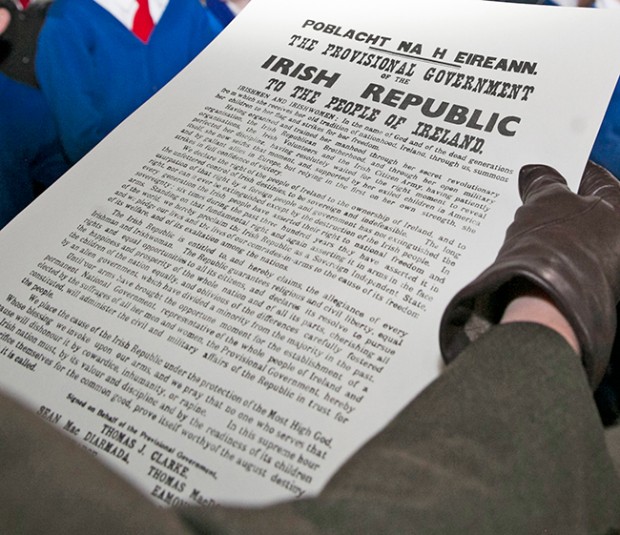 The 1916 Proclamation asserts: ‘the right of the people of Ireland to the ownership of Ireland’ and ‘declares its resolve to pursue the happiness and prosperity of the whole nation and of all its parts’

WHEN I GET ON A BUS in the morning I see the service as a tangible manifestation of the thinking of Fintan Lalor, Wofe Tone, the 1916 leaders and the first Sinn Féin government of 1919. It might seem silly when you see this written down but this is your bus, your public sector, your right to the sovereignty of the nation.

I also see the public sector in Ireland rooted in the philosophies of the United Irishmen, the Fenians, the 1916 Proclamation and the 1919 Democratic Programme.

The structures of the Irish public sector were partially formed and shaped in the 20th century by the ideas and struggles of these people and groups. Its botches and fiascos in the intervening years can be attributed in part to a failure to remember the principles that drove the struggle for independence.

At a basic level these principles were about the creation of institutions and services for the people which were equal and just in their operation.

It meant the building of a public service that would promote the welfare of all.

Wolfe Tone highlighted the evils he saw in the 1790s, writing:

“We have no national government; we are ruled by Englishmen, and thus servants of Englishmen, whose object is the interest of another country, whose instrument is corruption; whose strength is the weakness of Ireland.”

Fintan Lalor wrote repeatedly of his thinking on the scope of an independent Irish government and administration and on the need for a radical reform of how Ireland was run.

In an 1848 article in The Irish Felon, Lalor wrote his classic synopsis of this, propounding:

“Ireland her own, and all therein, from the sod to the sky.” 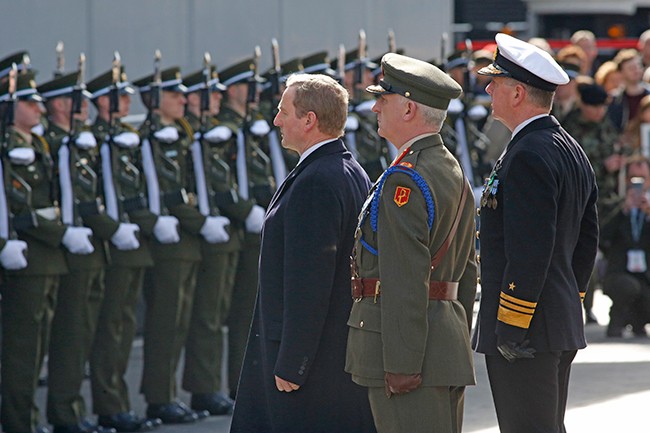 • The state should stand with the First Dáil 'in accordance with the principles of liberty, equality, and justice for all'

This thinking is returned to in the Fenian proclamation of 1867 that asserts:

“We have suffered centuries of outrage, enforced poverty, and bitter misery. Our rights and liberties have been trampled on by an alien aristocracy, who treating us as foes, usurped our lands, and drew away from our unfortunate country all material riches.”

The proclamation asserts the Irish people as “the real owners of the soil” who “never lost the memory and hope of a national existence”.

The 1916 Proclamation asserts “the right of the people of Ireland to the ownership of Ireland” and “declares its resolve to pursue the happiness and prosperity of the whole nation and of all its parts”.

The 1919 Democratic Programme of the First Dáil gives the first clear road map to actually bring the Irish public sector into being. It declares:

Specifically, the Programme, promises to “promote the development of the nation’s resources, to increase the productivity of its soil, to exploit its mineral deposits, peat bogs, and fisheries, its waterways and harbours, in the interests and for the benefit of the Irish people”.

It also commits to “adopt all measures necessary for the recreation and invigoration of our industries, and to ensure their being developed on the most beneficial and progressive co-operative and industrial lines”.

Perhaps the most crucial lines in the Programme’s text is the declaration:

“We desire our country to be ruled in accordance with the principles of liberty, equality, and justice for all, which alone can secure permanence of Government in the willing adhesion of the people.”

So when we look at the issues confronting our bus drivers and the cherry-picking of profitable routes for the private sector, when we think about wage cuts being forced on public sector workers, when we think about an underfunded public hospital sector, with patients on trolleys, with hundreds of thousands of people waiting for an appointment, when we see another round of privatisation proposals, for me it is time to stop and think about the “right of the people to the ownership of Ireland” and how that principle holds up in the Ireland of today.

Infrastructure and services on the cheap 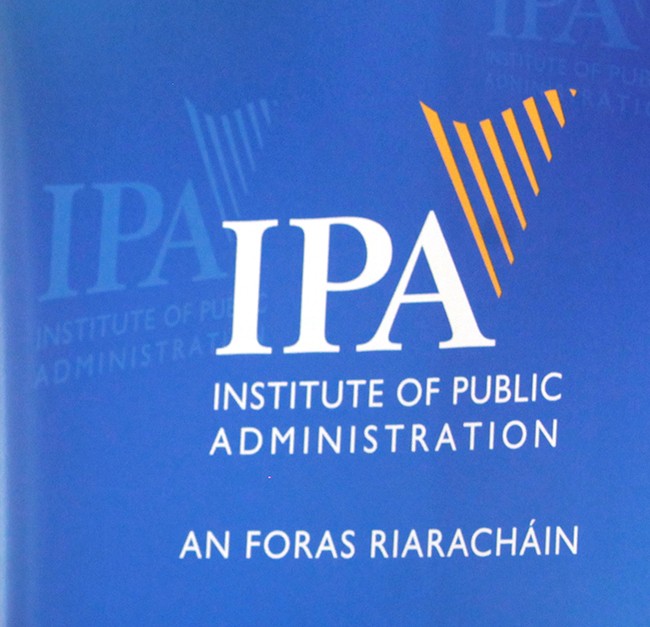 IT’S EASY to be negative about the public sector in Ireland but recent studies by the Institute of Public Administration (IPA) show a more vibrant, dynamic and effective public service than what some might think. The Irish public service ranks fourth in the EU for the quality of its public administration, though the IPA found that “at 39% of GDP in 2014, Ireland’s public spending is significantly below the European average” and the 26 Counties has the lowest level of public procurement in the EU.

Public sector workers in Ireland make up 15% of the labour force. In the EU, the percentage ranges from 13% in Spain to 32% in Denmark.

The scale of what our limited public sector achieves is impressive. 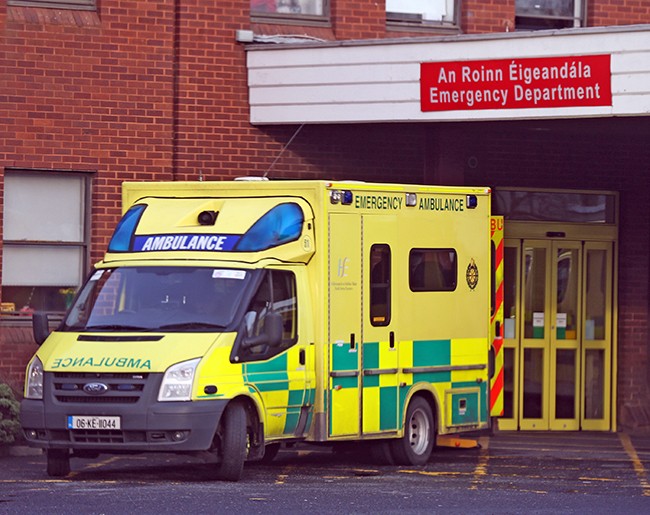 This was all done in an economy which has the lowest level of public procurement in the EU.

The scale of cuts in public transport funding are startling. Public service funding for Bus Átha Cliath has fallen by 32.6% since 2008. Bus Éireann had a 19.4% cut. In Iarnród Éireann, the cut was 45.8%. With the recession ending, the number of bus journeys on Bus Átha Cliath and Bus Éireann has increased in recent years but the funding hasn't increased to match demand. A 2013 Dáil question revealed that services comparable to Bus Éireann across Europe receive a subvention between 32% and 70% of costs. The Bus Éireann subvention that year was 35%, showing Ireland at the bottom of the public service funding league.

We need to celebrate the public sector 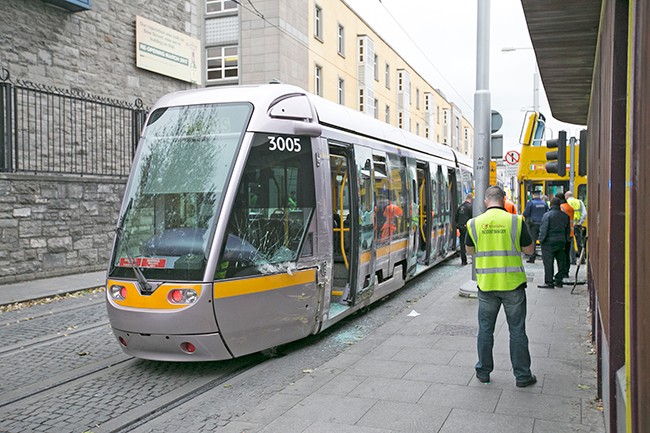 ON THE DARKEST, coldest winter mornings there is for me no more welcome a sight than the distinctive lights of an approaching Bus Éireann coach. Most days I don’t think too much about the logistics of the journey, of all the workers involved in getting me to where I'm going: the drivers, mechanics, cleaners, administrators and managers who get 1,300 buses on the road every day. Across the island this month, upwards of 2.9million people are going to work each day. Many of them, like me, are dependent on public transport such as buses and trains, and Dublin’s LUAS light rail lines. Even those lucky enough to have a car might not think of the huge public investments that make it all happen.

Waiting for the bus, I can’t ignore the sounds of the nearby Dublin Airport, taking the first several thousand of that day’s passengers. In 2016, 27.9million people passed through the airport. The runway and terminals are run as a commercial business now but it was state investment of taxpayers’ money that made the airport possible. It was a green field when the state began to build and now it is a glittering, profitable private sector jewel. The bus crosses under the M50, the total cost of which was over €1.5billion of taxpayers’ money over the decades it took to get it from the drawing board to completion. Along the M50’s periphery you might notice the electricity switching stations, built again with your taxes that make sure the lights are always on and link the city to the power stations near and far. You might notice the water towers, again a public sector investment: €2.7million for each one. They are vital to maintain water pressure in a growing city.

Some days I pass through Ballymun, rebuilt with €942million Government (i.e. taxpayers' money), private sector developers unwilling for years to take on the massive reconstruction needed to save this community. Further down the arterial road towards the city centre is Dublin City University, a state-run, taxpayer initiative that has brought third-level education permanently to the city’s northside. Later I go past the Mater Hospital, the massive public wards and theatres dwarfing the dependent private hospital by its side. There are other examples of our public sector at work. Across the island 1,190,701 children attend primary and secondary schools, built and run mostly by the state. There are 243,450 people at universities and colleges (again built by the state), North and South. We could go and list the hospitals, housing projects, economic development centres, ports, roads, parks, libraries and museums, all built and often run with public money – our money.

Ireland as we know it couldn’t function day to day without the infrastructure and services provided by the state but do we value enough the scale of what has been achieved to keep the lights on, to have the bus arrive on time? We need to value our public sector, to protect the assets we have paid for and, most importantly, to ensure that those working in it have a fair wage, decent working conditions, the respect of management and the acknowledgement of us who use the services.