If Europe won’t protect our fisheries, the Irish Government must 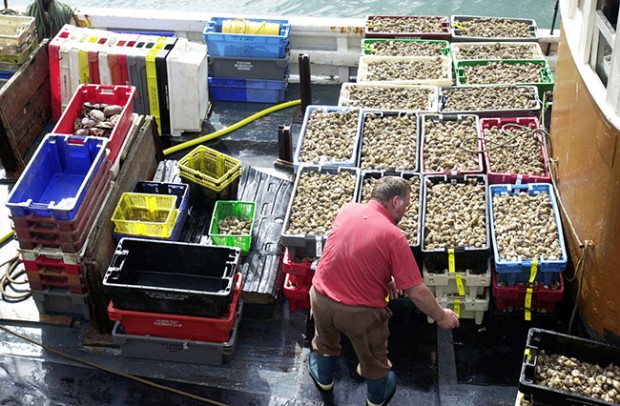 As a small island nation, fishing is an integral part of the fabric of communities up and down our coast – and an €891million industry that directly employs 11,000 people

SINN FÉIN MEP Liadh Ní Riada has just been appointed by the GUE/NGL group in the European Parliament as their Brexit Rapporteur for Fisheries.

The appointment is a reflection of the Ireland South MEP’s work on the EU’s Fisheries Committee, a role she has been highly active in.

As well as holding public meetings in coastal communities around the country on fisheries issues, she is the first MEP to facilitate a meeting in Brussels directly between representatives of the Irish fishing industry and the body that advises the European Commission on fisheries issues.

Writing exclusively for An Phoblacht this month, Liadh outlines the danger posed to the Irish fishing industry by Brexit, what needs to be done to prevent disaster and beyond Brexit, and why the EU needs major reform of its fishing policy.

If traditional fishing communities are to survive, the EU must establish proper technical and legal distinctions of small boats from large vessels

IT’S TELLING IN ITSELF that, just weeks since the EU’s first Brexit summit at the end of April and almost a year after the referendum of 23 June 2016, it’s already something of a cliché to point out that the British Government not only had no plan for Brexit but not even a clear understanding of what it means.

What’s more shocking is the almost cavalier attitude of the Irish Government to Brexit and the effect it will have on Ireland, North and South.

While they have taken something of a half-baked wait-and-see approach to issues such as a ‘hard Border’ and the status of the North, this looks positively proactive when compared to their attitude to the potentially devastating effects of Brexit on the Irish fishing industry.

In April, I met Scottish Government Brexit Minister Michael Russell in Cork for an insight into how discussions between Scotland, Westminster, Ireland and the EU were going.

His frankness and honesty in discussing issues which have so far been shrouded in half-truths and ambiguity was refreshing.

When I raised the issue of how the main stakeholders were approaching the issue of the Irish fishing industry his response was to the point.

“It hasn’t even been brought up,” he responded.

While I am not surprised that the British Tory Government at Westminster has little regard for Irish fishermen, I find it unsettling in the extreme that the Irish Government is not demanding more prominence for what is going to be an extremely complex issue.

There will, of course, be those who will baulk at this criticism and claim that there are two years of negotiations to go. This is a depressingly blinkered approach to what will be one of the most difficult issues of the negotiations. Hurriedly concocting a hodgepodge fisheries policy mid-negotiation at some unspecified point down the line will spell disaster for Irish fishing communities. The fact that the Irish Government has yet to raise the issue (even as part of an overview or setting out of their priorities) has coastal communities rightly concerned.

Irish fishing is an €891million industry that directly employs 11,000 people, mostly in coastal regions, and many more across the country in knock-on enterprises.

It is also, as a small island nation, an integral part of the fabric of communities up and down our coast, with traditions and skills being handed down through generations.

Brexit poses a two-pronged threat to the Irish fishing industry. 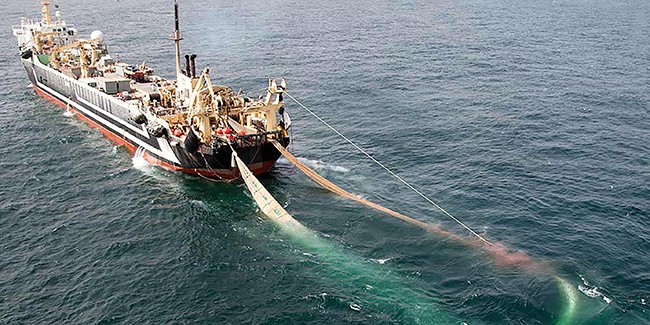 Firstly, Tory Prime Minister Theresa May’s ‘Fortress Britain’ approach to Brexit means they have already signalled their intentions to pull up the drawbridge on British waters and simply expel all non-British boats from their territory.

Given the close proximity of Irish and British waters, not to mention current informal agreements around fishing North and South, an average of 36% Irish landings are taken from waters that Britain claims.

If Irish boats are barred from these waters it will not only have a huge effect on those livelihoods but will also put a significant extra strain on Irish stock as that 36% will then have to be taken from an increasingly crowded pool.

And what of Carlingford Lough and Lough Foyle?

Britain currently claims the entirety of both bodies. Brexit forces these territorial disputes to a head. Could we end up with the ludicrous situation in which fishermen in Carlingford and Greencastle would be violating international laws by simply taking to the water on their doorstep? It may sound preposterous but, given the Tory attitude to these negotiations, that is exactly where an ineffectual or indifferent Irish Government will take us.

Secondly, and even more devastatingly, we face the possibility of Brexit pushing the European boats currently in British waters into Irish waters.

A post-Brexit Ireland would have more than 33% of the most productive fishing grounds in the EU. Where else would those boats want to go?

This is simply unthinkable and would lead to the destruction of not only the Irish fishing industry but could quite possibly have an irreparable effect on Irish fishing stocks.

This must be an absolute red line for the Irish Government. If Britain exercises full control of its Exclusive Economic Zone (a sea zone prescribed by the UN over which a state has special rights), the Irish Government must insist that Ireland simply cannot bear the brunt of foreign fleets displaced from British waters.

If indigenous fishing industries are to have any hope of surviving then the Common Fisheries Policy must be revised. Crucially, International Transferable Quotas and relative stability have to be reviewed.

As it stands, pre-Brexit, a mere 5% of the total catch in Irish waters is processed here.

Around 1.2million tonnes of fish are caught annually in Irish waters yet only some 20% of the total catch is allocated to us; the rest of the 80% usually goes abroad.

Out of the 250,000 tonnes that goes to Irish vessels, just 50,000 tonnes are actually processed in Ireland, and it is from processing where the value is added.

Post-Brexit, who knows what those numbers will be? The only thing we can be assured of is that they won’t be better

Insisting that vessels which land all their Atlantic catches in Irish waters must process in Ireland would be a start.

The damage foreign boats being pushed into Irish waters would do to the fishing industry here is also just one aspect of that threat.

The fact is such a move could threaten the very sustainability of Irish fishing stocks.

Around 58% of fish stock that is taken from waters claimed by Britain is by non-British vessels, some 650,000 tonnes annually.

If that extra burden is put on Ireland it will not only kill our indigenous industry but could very well turn Irish waters into a barren dead-zone in a generation.

Domestically, we must also ensure that there is a fairer distribution of existing quotas. The reality is that quotas are currently skewed in favour of a small number of wealthier, more high-profile ports. If the industry is to survive right around our coast then we need to see some flexibility in quotas when it comes to distribution.

While regulations are important, the current implementation of the penalty point system needs serious review. It seems to be relentless in its targeting of indigenous, small-scale fishermen, lumbering them with excessive penalties for relatively minor infractions in many cases. 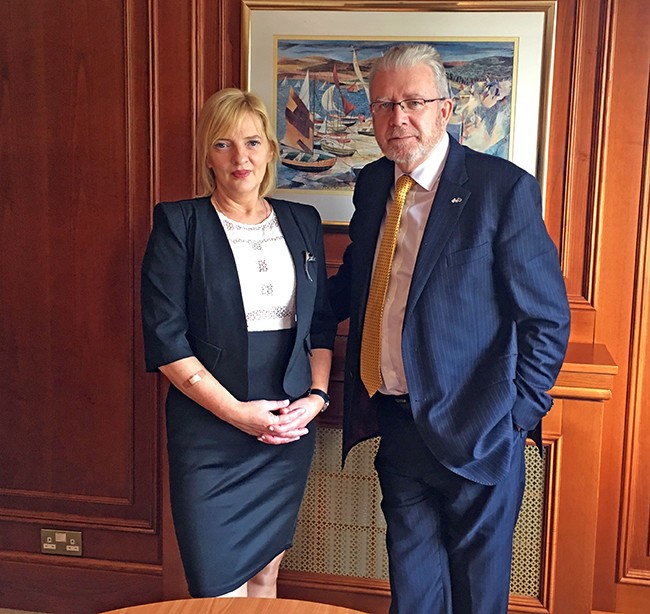 Another major factor that is contributing to the threat posed to the Irish industry and environment is the continued impunity that super trawlers are operating with.

Beyond Brexit, the EU must allow member states to have an open and free discussion on how these vessels operate in their waters.

Crucially, the EU must stop tacitly backing multinational ‘super trawler’ operators at the expense of ordinary fishing communities. These destructive behemoths are wreaking unchecked havoc on coastal communities from Cork to Donegal.

Let’s not pretend we don’t all know what’s going on here.

Super trawlers and wealthy, large-scale industrial vessel owners have benefited from a cosy relationship with national authorities, many of whom are working with these powerful entities whose significant business interests give them unaccountable political sway.

More often than not they are not inspected properly and blind eyes are turned while our own smaller fleets face the full weight of the law.

We know they have a dubious history when it comes to obeying regulations around quotas, catches and dumping.

We know all too well the environmental and economic damage they do to the territories they enter with nets that can easily ensnare more than a dozen jumbo jets.

Australia has made moves to ban these monsters outright. Shouldn’t the EU at least be talking about the possibility; at least be discussing the views of member states?

Yet the European Council seems determined to reject any changes to regulation surrounding them.

During the recent debate on the characterisation and definition of fishing vessels I put forward a number of modest amendments that were supported by the Committee but shamefully opposed by the Council.

The fact is there are major flaws in legislation that do not properly distinguish between small-scale, traditional and artisanal fisheries and large-scale industrialised fisheries.

My proposals would have balanced out some of these glaring inequalities, such as taking into account other vessel size attributes besides vessel length, their social role in coastal communities, the ecological impact of their gears, fishing and fuel capacity, processing ability and output, and the economics of the enterprise.

Legislation needs to take a step in the right direction in regulating these industrial floating factories that have been catastrophic for local communities and their small fleets, marine biodiversity and stocks.

The Common Fisheries Policy, Relative Stability and its ITQ system has enabled governments to auction off fish to multinational predators operating these colossal factory ships pushing out ordinary small fishermen.

If traditional fishing communities are to survive, the EU must establish proper technical and legal distinctions of small boats from large vessels. The de facto EU policy of supporting these multinational giants at the expense of ordinary fishing communities must come to an end.

If the EU won’t act then the Irish Government must.

They must use every available resource at their disposal to stop, search and inspect these 'super trawlers' every time they enter Irish waters. Let it be known that as soon as they are in our territory they will come under the most rigorous watch and relentless scrutiny.

As GUE/NGL Brexit Rapporteur for Fisheries I will be reporting to a significant block of MEPs from across 13 countries and I promise to use whatever influence I can bring to bear to stand up for our fishermen, our environment and our coastal communities.

If the Irish Government would display a similar intent (rather than letting Ireland take a back seat in these talks and just hoping that the Tories will be reasonable), perhaps those communities could rest a little easier.