McGrory to step down as North’s Director of Public Prosecutions 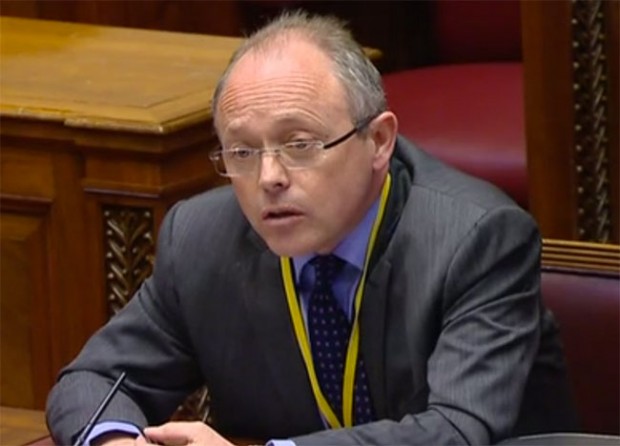 THE surprise announcement by Barra McGrory that he is to step down as the North's Director of Public Prosecutions (DPP)in September, after almost six years in the justice hot seat, comes in the midst of a hyped-up campaign by unionists and the right-wing media over his department’s decision to press charges against British ex-soldiers over the killings of nationalist civilians in the North.

McGrory refuted suggestions that he bowed to pressure from these parties. Sources say his decision was not connected to the recent attacks on himself and his office, adding that he intends to return to private parctice.

Unionists and their Tory and media allies have consistently attacked McGrory since his elevation to the job in November 2011. Much of their ire comes from the fact in his private law practice he represented senior republicans over the years, including Sinn Féin leaders Gerry Adams and the late Martin McGuinness.

However, more recently with the DPP pursuing cases against British ex-soldiers for killing nationalists in the North, former military personnel have launched a campaign calling for immunity from prosecution for state forces involved in conflict-related killings.

Reacting to the news on behalf of Sinn Féin, the party spokesperson on justice and legacy issues, Gerry Kelly, accused the unionists and the DUP’s Jeffrey Donaldson of hypocrisy, saying it was their campaign the undermine McGrory and his office that made him a “controversial” figure.

Kelly cited figures that destroyed claims by Donaldson and other unionists of DPP bias against the British service personnel.

According to Kelly, of 17 legacy cases since McGrory took office, eight have focused on republican killings, three on loyalist and three on British soldiers.

The real reason for unionist anger, many suspect is that, as McGrory was the first Catholic to be promoted to the office of DPP, many unionists ‘didn’t want a Catholic about the place’.