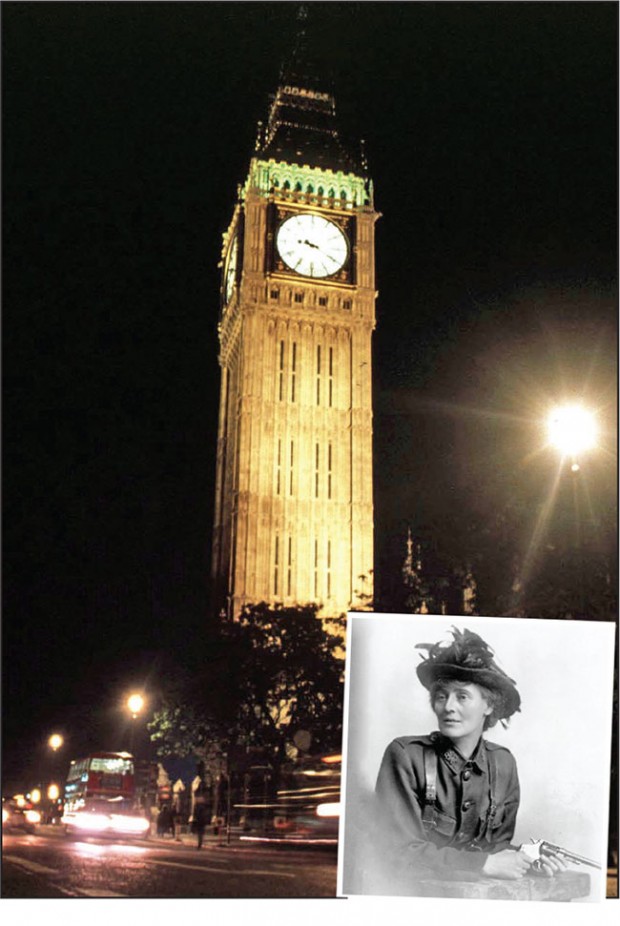 THE BBC Newsnight round-table discussion between the North’s main parties on Tuesday 17 May demonstrated that the SDLP hierarchy would sooner see pro-Brexit, pro-austerity, pro-partition, unionist MPs take their seat in the House of Commons than see Irish republicans elected by people who voted for them on an openly abstentionist platform.

When John O’Dowd raised the DUP’s receipt of a £425,000 ‘dark money’ from the mysterious ‘Constitutional Research Council’ during the Brexit Referendum, the DUP’s Jeffrey Donaldson didn’t give an answer. Before Wark could pursue the point, the SDLP’s Claire Hanna helped ‘Sir Jeffrey’ out by chipping in: “This is the sort of distraction that we get.”

Claire Hanna was more interested in attacking Sinn Féin for its longstanding abstentionist policy from the Westminster Parliament than putting the pro-Brexit DUP on the spot.

“Does John think he’s a better Irishman than Davitt or Parnell or O’Connell or other people who found it in themselves to represent their people? Are you a better nationalist than the SNP and Plaid Cymru?”

How the Scottish National Party and Plaid represent their voters is their business. Claire Hanna slipped up, however, in citing the Repeal Movement or Irish Parliamentary Party to have a dig at Sinn Féin’s abstentionism. Sinn Féin’s antecedence resides in the radical republican tradition in Ireland.

Any cursory reading shows that Daniel O’Connell was no republican. In an open letter to the people of Ireland, he declared: “Let our allegiance to the amiable and exalted personage who wears the crown of these realms be as affectionate as it ever shall be unbroken.” 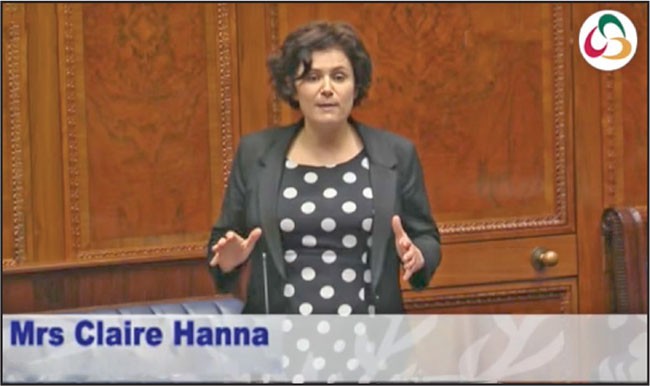 In fact, in order to join the Repeal Association, one had to take an oath of allegiance to the British monarch.

In 1843, William Smith O’Brien stated he would not attend Westminster again, writing to a colleague:

“It is not my intention to beg any more from the British legislature . . . I am persuaded that our voice will be much more potent when reinforced by the public opinion of Ireland than it would be if spoken in the House of Commons.”

As for Parnell, Davitt and the rest of the Irish Parliamentary Party, it is clear that – even with over 40 years operating inside the Westminster system, even with a sizeable number of MPs, and even when holding the balance of power and acting as kingmaker in shoring up the British Government’s majority – they still failed to secure their stated aim of Home Rule! How long were the Irish people expected to wait?

During the height of Parnellism, the Irish Parliamentary Party filibustered, obfuscated and breached procedure to see Home Rule secured. In our own time, SDLP MPs sign Early Day Motions saluting the bravery of the British military in Afghanistan (Mark Durkan, 23 February 2009) or expressing delight at the burial of King Richard III (Alasdair McDonnell, 18 March 2015).

It can hardly be said that the SDLP are taking the fight to ‘The Belly of the Beast’.

There have always been those advocating withdrawal.

Michael Davitt himself argued privately within the Irish Parliamentary Party that they should withdraw and form an assembly in Dublin of Irish MPs. Parnell would regularly threaten to withdraw from the “Saxon Parliament”.

In Michael Davitt’s last contribution to the House, in October 1899, he lamented at his own attendance:

"When I go I shall tell my boys, ‘I have been some five years in this House, and the conclusion with which I leave it is that no cause, however just, will find support, no wrong, however pressing or apparent will find redress here, unless backed up by force.’ This is the message which I shall take back from this assembly to my sons."

John Devoy (whom Pearse called “the greatest of the Fenians”) put it succinctly in 1877, asking about the Irish Parliamentary Party:

“Do they really believe that the battle for Ireland’s rights is to be fought out on the floor of the House of Commons?”

The SDLP may well ask if Sinn Féin MPs consider themselves better than Davitt, Parnell or O’Connell.

Do the SDLP Westminster candidates consider themselves better nationalists than the likes of Count Plunkett and Michael Collins?