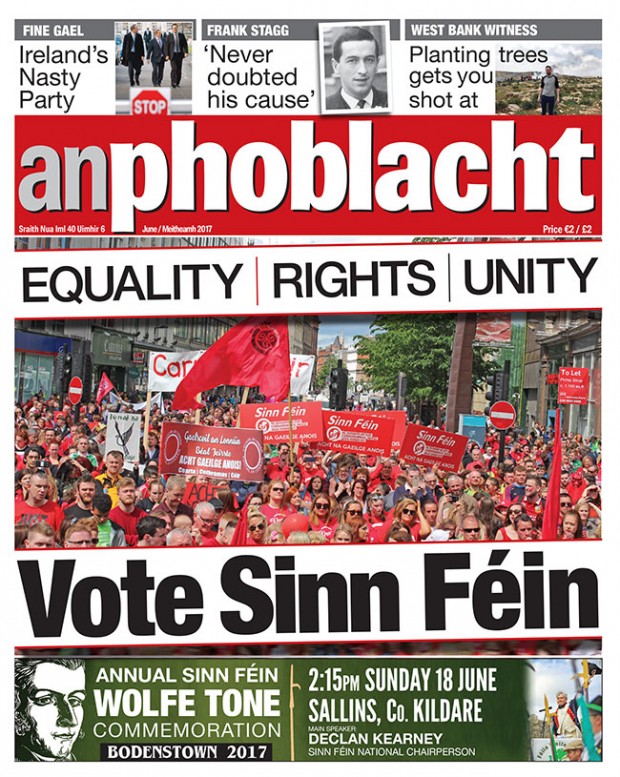 NEXT YEAR is the 50th anniversary of the start of the Civil Rights movement in the Six Counties, a peaceful protest movement that was battered off the streets by the ‘Orange State’ and its police ruled by the Unionist Party from Stormont before it split into the Democratic Unionist Party and the Ulster Unionist Party.

One key demand of the Civil Rights movement was for all citizens to have the democratic right to vote and for that vote to be respected.

Voting in the Westminster election is part of the political fightback against unionism trying to reassert its dominance and bring about a return to unionism ruling the roost with everyone else outside the DUP and UUP knowing their place.

People’s rights are under assault from the unionist parties and their political cousins in the Conservative & Unionist Party at Westminster.

The Theresa Mays and Boris Johnsons dictating to us from London don’t care about people in Ireland, North or South – certainly not nationalists and not even those who identify as unionist.

We have to fight back against the reckless and dangerous policies of the self-serving Tory Government, run by a party made up of England's wealthy, privileged elite and which is hell-bent on forcing a disastrous Brexit on the North and imposing an EU frontier across Ireland.

Everyone knows Brexit will have a damaging impact on our business, trade, agri-food, tourism and other sectors of the economy with the imposition of trade tariffs, a 'hard' Border and denying people the freedom of movement, North and South.

It will undermine the progress of the past 20 years, including the Good Friday Agreement and subsequent agreements.

The people of the North don’t want Brexit. The people across Ireland do not want a frontier across our island. It is unacceptable.

They don’t want Tory cuts. They are unacceptable.

They will not tolerate inequality and discrimination, nor second-class citizenship for anyone – women, LGBT, Irish-speakers, ethnic minorities, or equality and trade union activists.

The people want fairness and equality – in society, in government and across the EU

Your vote can make this happen.

That is the message we need to deliver at the Westminster election on June 8. 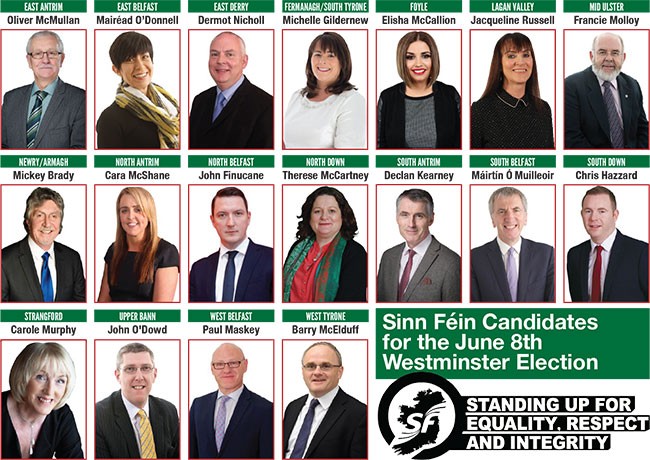