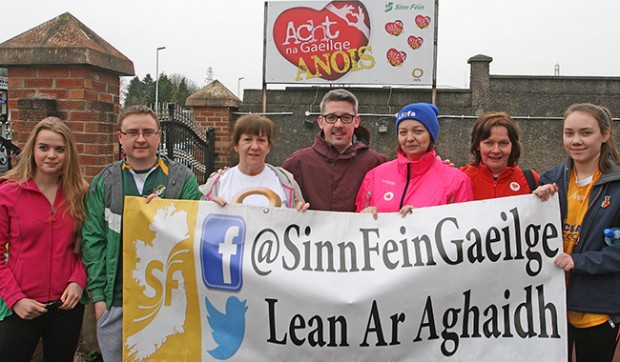 ‘Because of efficiency savings the department will not be providing the Líofa bursary scheme in 2017. Happy Christmas and Happy New Year’ ­– DUP minister’s email

FRANTZ FANON, in his classic analysis of colonialism and anti-colonial struggle, The Wretched of the Earth, wrote:

“A national culture is not a folklore, nor an abstract populism that believes it can discover the people’s true nature. A national culture is the whole body of efforts made by a people in the sphere of thought to describe, justify, and praise the action through which that people has created itself and keeps itself in existence.

“A national culture in underdeveloped countries should therefore take its place at the very heart of the struggle for freedom which these countries are carrying on.”

It is in this context that Irish republicans see and understand the struggle for cultural identity and the efforts to revitalise the Irish language.

This is, as Fanon again says, part of the process of “national renaissance, the restoration of nationhood to the people”.

Fanon’s analysis also explains the antipathy that hardline unionists ooze at the mere mention of the Irish language, or indeed when they hear it spoken.

For them, Irish is a threat because it is the portal through which nationalists can see a different Ireland, a nation beyond their English-defined world and British rule.

As Seán Cahill writes in his 2007 essay, The Politics of the Irish Language Under the English, Irish is “symbolically central in debates over the political future of Ireland”. 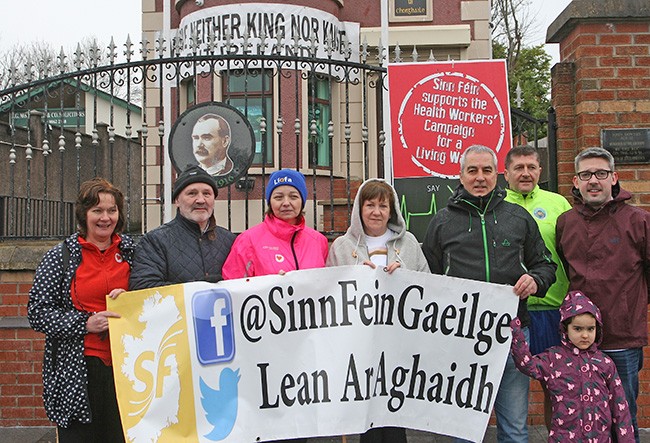 Martin McGuinness said in a radio interview in November that there is “a cohort of people within the DUP who hate anything to do with the Irish language”. He was, in effect, calling out the bigots who, as Irish News columnist Brian Feeney says, “never endorsed power sharing with republicans”.

This cohort have also steadfastly opposed Acht na Gaeilge or refused to recognise its value to those who use it, unionist or nationalist.

McGuinness’s forthright comments were made in response to the news that DUP Education Minister Peter Weir had overturned Department of Education policy on the translation of correspondence into Irish.

“The principal language is English,” blustered Weir from behind the fig leaf that correspondence would not be translated into any other languages.

Weir, however, has form. Since taking over the reins at the Education Department the DUP minister has rejected five out of six proposals for Irish-language developments. These include plans to open new nurseries at Gaelscoil na Daróige in Derry and Bunscoil an Iúir in Newry, relocate an Irish-language primary school in the Falls area of west Belfast, and his refusal to fund an Irish-language stream on a post-primary site in Derry.

This attitude clearly is the outworking of the threat in the DUP’s 2016 election manifesto that the party would “tackle the preferential treatment” shown to the Irish-medium sector.

In September, DUP Agriculture Minister Michelle McIlveen expunged Banrion Uladh as the name of the department’s fisheries protection boat, replacing it with the English version “Queen of Ulster”.

The Department of Agriculture, Environment and Rural Affairs “has a single-language policy”, said the minister before asserting that her department has “a fresh identity”. 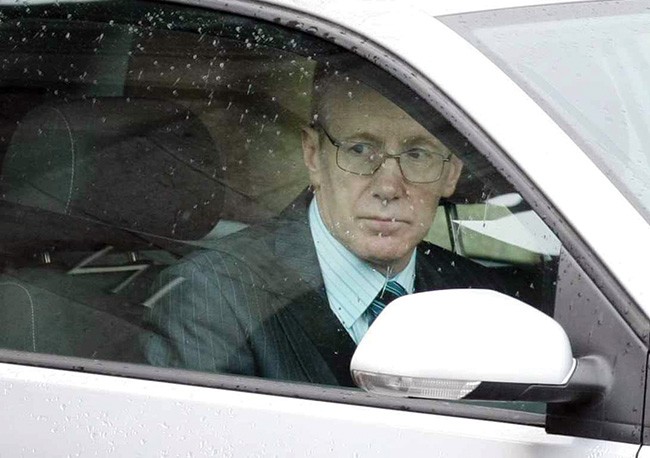 Two months later, DUP MP Gregory Campbell earned himself a one-day suspension from the Assembly for refusing to apologise for mocking Irish-language speakers after he began his address to the Assembly with the words, “Curry my yoghurt, can coca coalyer.”

The DUP hit a new low when Communities Minister Paul Givan (who posed for pictures lighting a Twelfth bonfire last July) announced suddenly in Christmas week that the Líofa bursary scheme initiated in 2012 by then Culture Minister Carál Ní Chuilín for youngsters from disadvantaged communities was to lose its funding.

The vindictive tone of the email sent out by the department on 23 December reinforced the belief by observers of all shades that Givan’s decision was a part of a retaliatory strike against Sinn Féin and the party’s demands for an inquiry into the Renewable Heat Incentive scandal and Arlene Foster’s role in it.

“Because of efficiency savings the department will not be providing the Líofa bursary scheme in 2017. 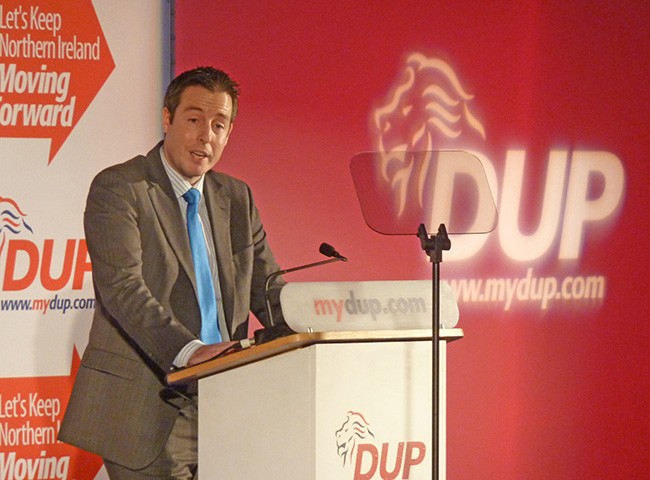 “Nothing to do with funds, just hatred of the Irish language.”

Niall Comer of Comhaltas Uladh branded the decision a “blatant act of discrimination” and a “deliberate and cynical attack on the Irish language”.

That Givan’s action was an attack on mainly working-class and low-income nationalist families becomes all the more spiteful when set against his decision to fund mostly loyalist bands to the tune of £200,000.

When the scheme, funding 68 bands, over-ran its original cost, Givan was able to take an additional £98,000 from his department’s capital budget yet apparently couldn’t come up with £50,000 for children to develop their language skills.

Back in February 2015, the DUP’s Nelson McCausland, in a rant against then Education Minister John O’Dowd’s call for schools to develop an Irish-language study plan, said Sinn Féin had “weaponised” the language as part of a cultural war.

If anything, the actions of DUP ministers since last May’s election show that that their party have never given up their war against the Irish language.