Stormont brought down by DUP arrogance 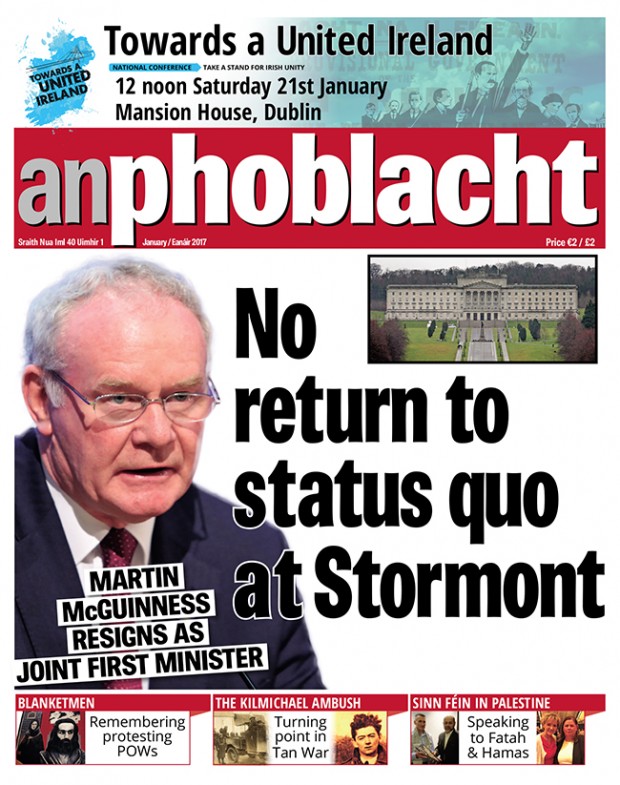 STORMONT’S Executive Government was brought down by the sheer weight of the arrogance of the Democratic Unionist Party under Arlene Foster and their refusal to truly embrace the challenges of power-sharing.

Arlene Foster is no Ian Paisley.

The Renewable Heat Incentive scandal was the straw that broke the camel’s back.

The DUP leader point-blank refused the common-sense request that she stand aside while an independent investigation was carried out into an out-of-control financial disaster presided over by Arlene Foster as minister.

Under Arlene Foster’s leadership, DUP ministers have been allowed to not only hollow out the Good Friday Agreement but also to poke the nationalist community in the eye at every opportunity.

Coat trailing became the norm for ministers in the DUP who seemed to hanker for the unionist-dominated Stormont regimes of the past and still resent ‘having a Fenian about the place’.

It was that old unionist Stormont mentality and policies that sparked the Civil Rights movement in the Six Counties which was brutally suppressed by the state’s paramilitary police and the unionism from which the DUP and the Ulster Unionist Party grew.

In the face of DUP obduracy, Martin McGuinness was left with little option but to take a stand. It was not a decision taken lightly by him.

Martin McGuinness has led from the front in the Executive for the last ten years, defending the integrity of the political institutions and realising the potential of the Good Friday Agreement.

The Sinn Féin leader at Stormont has proved that he can work with leaders of the DUP, including Ian Paisley and Peter Robinson.

He is recognised across Ireland and across the world for his leadership and peacemaking.

Elections are now inevitable – but after the elections the parties have to make politics work and strive to restore people’s belief that the institutions can deal with the issues affecting their everyday lives, including Tory rule from Westminster and Brexit.

Successive British governments have failed to live up to their responsibilities about delivering effective mechanisms dealing the past, a Bill of Rights and Acht na Gaeilge. Their actions have helped the DUP in unionist attempts to frustrate commitments made in successive negotiations processes.

The Irish Government has stood and watched this happen.

In addition, the British Tory Government imposed cuts to the Northern budget that are felt right across public services. The imposition of Brexit, against the will of the people, will impact on our economy and on all our community, not just in the Six Counties but across the island of Ireland.

The Irish and British governments, as co-guarantors of the Good Friday Agreement, have a role to play. They have international obligations. They cannot stand idly by. They should not play at being spectators.