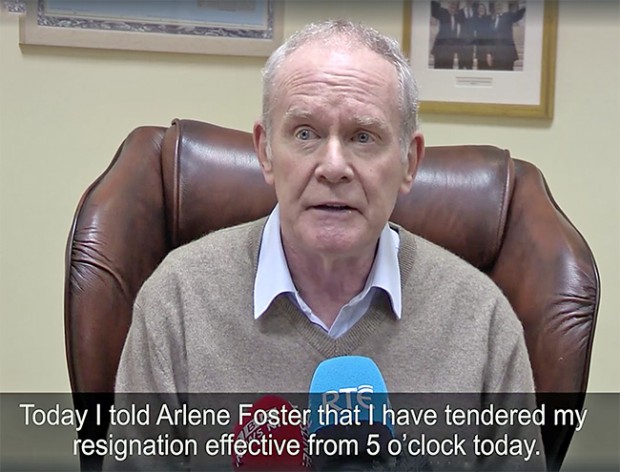 What the leaders say

“Over the last ten years I have worked with DUP leaders and reached out to unionists on the basis of equality, respect and reconciliation.

“Over this period, the actions of the British Government and the DUP have undermined the institutions and eroded public confidence

“Sinn Féin will not tolerate the arrogance of Arlene Foster and the DUP.”

“Martin McGuinness has led from the front in the Executive for the last ten years, defending the integrity of the political institutions and realising the potential of the Good Friday Agreement.

“He has worked with successive DUP leaders and is recognised throughout the North, across Ireland and across the world for his leadership and peacemaking.

“In spite of the provocation, disrespect and arrogance from the DUP – and the failures of the British Government to fulfill its responsibilities over that time – Martin McGuinness has always put the people and the political process first.

“This is in contrast to the DUP, who have been acting to undermine equality and partnership.” 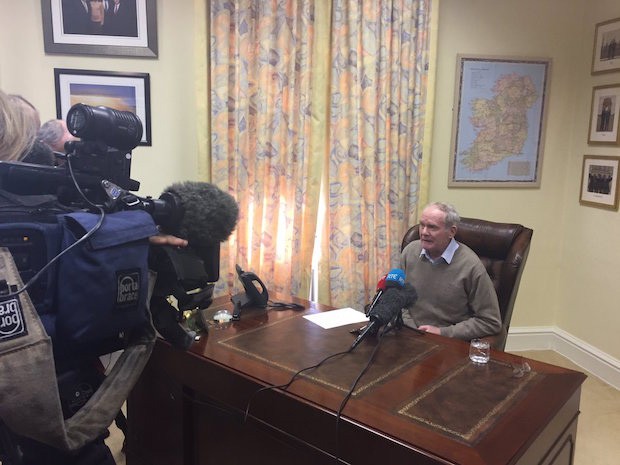 “We agree with Martin McGuinness when he tells us the DUP have disrespected the nationalist community.”

“The Irish Government is very mindful of the need to protect the integrity of the principles and institutions of the Good Friday Agreement.

“In this regard, both the effective functioning of those institutions and respecting the principles of partnership and equality are of critical importance.”

“The position is very clear. If Sinn Féin does not nominate a replacement to the role of deputy First Minister, then I’m obliged to call an election of the Assembly within a reasonable period.” 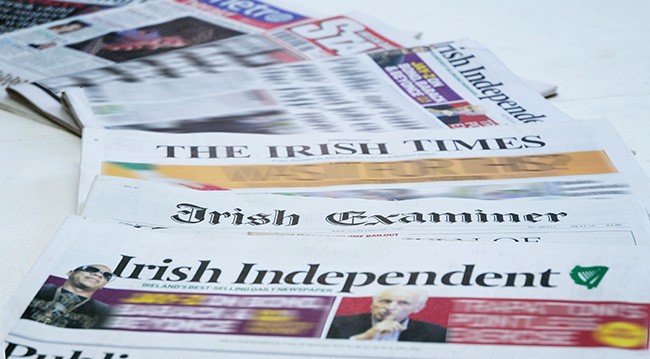 What the papers say

“Leaving aside, if that is possible, the terrible division, injustice and violence that scarred the North for so long, Ms Foster has a case to answer. She is compromised by a conflict of interest and her position is untenable until the full facts are established.

“Her intransigence and Mr McGuinness’s resignation are tragically rooted in the past, one that has little enough to do with wasteful fuel schemes.”

“[Martin McGuinness’s] resignation on Monday is in this instance a proper response from a man who, in his own words, ‘has served 10 difficult and testing years in the role of Deputy First Minister’, to a shambles that may yet cost Northern taxpayers some £490million. And which has exposed the hollowness of formal power-sharing and of the idea of collective responsibility in the Executive.

“These are principles that had been difficult for Sinn Féin to swallow – to expect it now to behave as if they were insignificant would be ridiculous.

“The legal checks and balances incorporated in the structure of Stormont’s Executive Office, specifically the co-equal standing of both ministers, impose a special onus on Ms Foster, which she has blatantly ignored, to work hand in hand with Mr McGuinness in dealing with such a problem.” 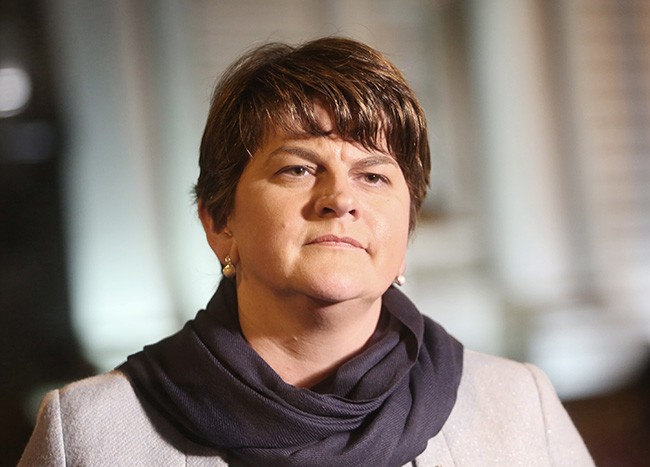 “Martin McGuinness’s resignation yesterday showed Sinn Féin had run out of patience with their DUP partners in government.

“The Renewable Heat Incentive scandal was one scandal too many, just as the unnecessary decision to cut a small Irish-language bursary was one slap too far for those looking for signs that the DUP under Arlene Foster had a genuine commitment to equality and mutual respect.”

“McGuinness’s return to the fray yesterday was marked by a decisive move. Although frail in voice, he spoke strong words which appeared to leave the DUP hanging.

“Whatever way you look at it, the 'cash for ash' scandal is an outrage.

“Arlene Foster gambled that she might be able to stay in power – but now she will likely face an electorate, many of whom will not have approved of her refusal to stand down.”