'There can be no return to the status quo' – Martin McGuinness 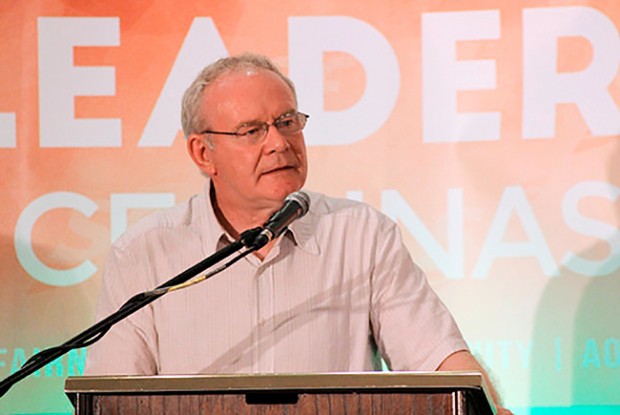 • Martin McGuinness has shown leadership and partnership throughout

FOR A DECADE, Martin McGuinness has been at the head of the Northern Executive, driving Sinn Féin’s agenda in the political institutions in the face of great challenges.

Prior to 2007, when Sinn Féin went into the Executive alongside the Democratic Unionist Party, the political institutions were led by the SDLP and the Ulster Unionist Party.

Through his leadership of the Assembly, Martin McGuinness and fellow Sinn Féin ministers have delivered the longest period of sustained government in the North since the establishment of the political institutions.

Martin McGuinness has taken courageous initiatives to promote and defend the political process and political institutions in the North. He has also taken major steps towards reconciliation and to deliver equality.

He did so against a backdrop of negativity and disrespect from the political institutions from the DUP and a British Government that has totally failed to live up to its responsibilities under the Good Friday Agreement and successive agreements.

The growing political crisis was brought into sharp focus by the scandal around the DUP’s handling of the Renewable Heat Incentive (RHI).

Allegations of corruption, incompetence and wastage of public money in relation to the design, operation and closure of the controversial scheme have undermined public confidence in the political institutions.

Sinn Féin has consistently called for an independent investigation into the scandal to get to the truth of what happened. That investigation must be time-framed, robust, led by a judicial figure and have powers to compel witnesses and evidence.

In early January, Sinn Féin submitted draft “Terms of Reference” for such an inquiry to the DUP and the Attorney General.

Sinn Féin also called on Arlene Foster to step aside (without prejudice) as First Minister to allow for an independent investigation to complete a preliminary report into the RHI scandal. 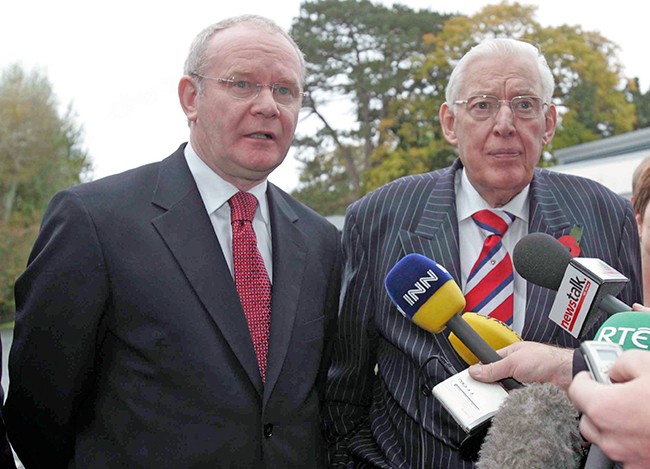 At a meeting of Sinn Féin activists in Belfast on Saturday 7 January, Gerry Adams said that unless Arlene Foster steps aside “then Sinn Féin will bring this ongoing and totally unacceptable state of affairs to an end”.

On Monday 9 January, following Arlene Foster’s refusal to stand aside, Martin McGuinness took the decisive step to resign as deputy First Minister in protest at the DUP’s handling of the RHI scheme and attitude to power-sharing.

Announcing his resignation, the Derry MLA said it was “time to call a halt to the DUP’s arrogance”.

This move by Martin McGuinness is likely to prompt a new Assembly election.

If an election is the outcome, the returning Assembly will have major issues to deal with.

Sinn Féin has been clear that there can be no return to the status quo that led to this point of collapse in confidence and co-operation.

Post-election, there will need to be an attitudinal change from both the DUP and the British Government to ensure fully-functioning political institutions based on equality.

The British Government has totally failed to live up to its commitments under the Good Friday and successive agreements. 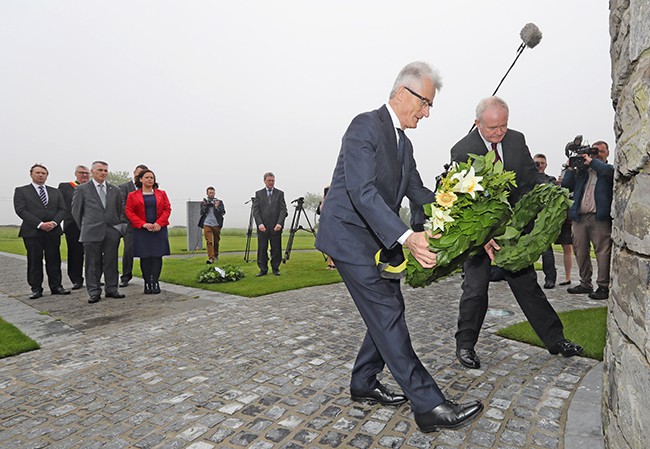 • Martin McGuinness lays a wreath at the Somme, one of his many acts to foster reconciliation

It has undermined the political institutions through its dogmatic pursuance of austerity and its determination to drag the people of the North out of the EU against the will of the people.

In short, it has lost any claim it may have made to be a moral guardian of the Good Friday and subsequent agreements and the political institutions they helped to create.

This undermining of the Agreements and institutions provided cover for the DUP to disregard and disrespect the political institutions. They were given cover to continue to block marriage equality legislation, a Bill of Rights, an Irish Language Act and a host of other issues.

Martin McGuinness has made it clear that the public need to have confidence in the political institutions and that can only be achieved when all parties in the Executive, including the DUP, genuinely embrace the principles of power-sharing and partnership government.