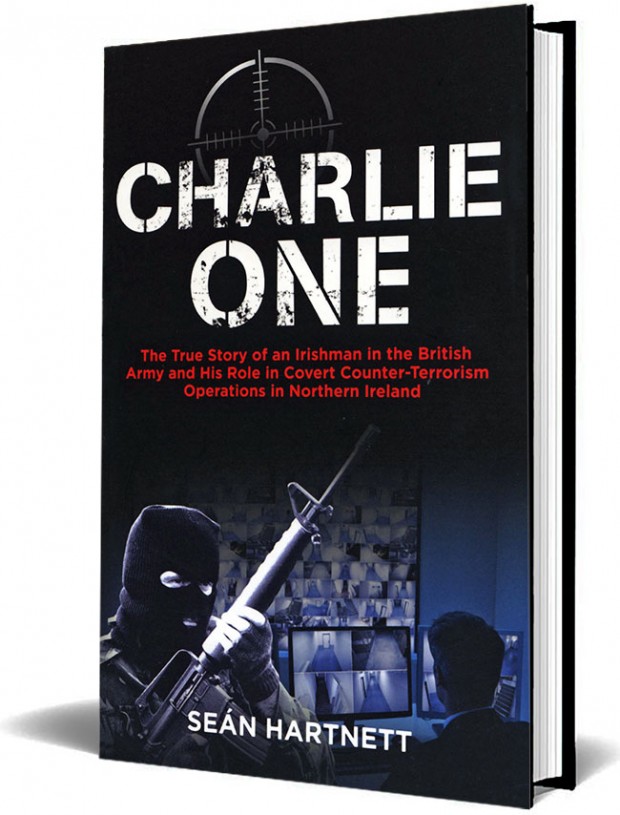 Charlie One: The True Story of an Irishman in the British Army and His Role in Covert Counter-Terrorism Operations in Northern Ireland

THIS is one of those ‘undercover soldier memoirs’ where the reader has to decide whether the whole thing is complete fantasy, an accurate account of the author’s actual experiences, or a mixture of both.

“Seán Hartnett” is a nom-de-plume. He purports to be a Corkman and lifelong Sinn Féin supporter who joined the British Army (!) and then served for some years in the Six Counties as a member of the highly-secret “Joint Communications Unit - Northern Ireland” (JCU-NI).

This was the latest incarnation of Britain’s covert units to operate in the North and was a direct successor to previous surveillance/death squads such as the FRU (Force Research Unit), the MRF (Military Reaction Force) and the 14th Intelligence Company, all of whom had been deeply involved in assassinations. The author admits that he knew of this history through “many books I had read about collusion, death squads and covert operations in Northern Ireland”. He then states that, as a result, the JCU-NI “sounded interesting” and as there would be “no uniform, little rank to speak of . . . and additional pay, it all sounded good”.

The author details many covert operations designed for intelligence gathering, including the bugging of Martin and Willie McGuinness and Raymond and Andrew McCartney.

“Charlie One”, the book’s title, comes from the designation given by the British military to its prime target in a given operational area.

It should be borne in mind that these events occurred between 2001 and 2004, long after the Good Friday Agreement and therefore completely undermining the author’s stated claim of joining the British Army to “fight terrorism” and “save lives”. The vast majority of the operations detailed in the book are unlawful and, as hostilities had ceased years earlier, it is difficult to understand what the justification was for undertaking them. The author avoids this dilemma by not attempting any justification and merely writing in the format of “We’re the goodies, everyone else the baddies”. There is never an attempt at analysis of the legality, let alone the morality, of his actions.

He criticises the 1987 Loughgall ambush of eight IRA Volunteers, not on moral grounds (although he acknowledges that the Active Service Unit could have been intercepted and arrested) but as a tactical error because it increased sympathy and support for the IRA.

The book covers many notable events, including the shooting of the two JCU-NI corporals in Belfast and the discovery of bugging devices in Raymond McCartney’s house in Derry. Lesser-known incidents are also recalled, such as a planned “shoot to kill” ambush of so-called “Real IRA” activists and a drunken helicopter joy-ride crash.

It’s a well-written book full of interesting anecdotes and whilst elements don’t stand up to scrutiny, the fact that the British Ministry of Defence used all its powers to attempt to ban publication might make it worth looking at if you see it lying in your library but avoid buying it and adding to this character’s pension pot.