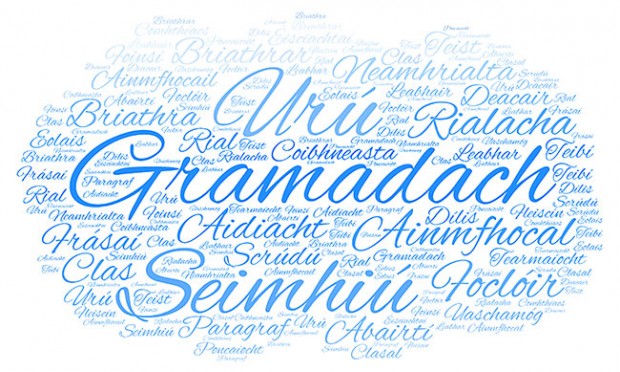 She gets nervous that people would correct her while she speaks to them, so she often switches to English to avoid the hassle. Who are these people who do things like that in a casual conversation?

I’VE ALWAYS been self-conscious about my Irish when writing. I’ve had quite a few conversations with people lately saying the same thing – that they are reluctant to use their Irish online (whether on Facebook, Twitter or in a blog post) because they’re not confident enough that their grammar is accurate or that the syntax is correct. I think it’s a problem that affects a lot of people, and I wonder how often it holds people back from using their Irish in the way that they want.

Before I started working with Irish every day I was always afraid that my Irish wasn’t good enough to send to other people or to use professionally. Those nerves don’t go away but, gradually, I realised that if I let that get in my way too much then I wouldn’t be using any Irish at all. On the other hand, if I did start using as much Irish as I had – and working on it as I went – things could only improve.

In the work that I do, I need to write in Irish all the time. Emails, reports, ‘to do’ lists, all of it is in Irish but that doesn’t mean for a minute that I’m not concerned about my Irish or how it comes across to those reading it.

Any time I start into a new topic at work it takes me a while to become comfortable with the new vocabulary and phrases which go with it. That’s only natural.

When I started working in Dublin it took (and takes) me a while to listen to and read other dialects of Irish without feeling that there’s a barrier there. Fortunately, I work with colleagues who are well-used to fielding my questions and make getting over those obstacles much easier. The more time spent around Irish speakers and the more advice sought from my lecturers all helped me become more confident in what I was doing.

I’ve had plenty of conversations with people lately talking about Irish and how they were always so cautious about using their Irish. Whether that’s speaking with people or in writing things online, people put so much thought into how their Irish is going to come across to others. It goes further than just being cautious about what you’re writing and it sometimes prevents people from using their Irish because they’re so worried about how or whether other people will notice their mistakes. 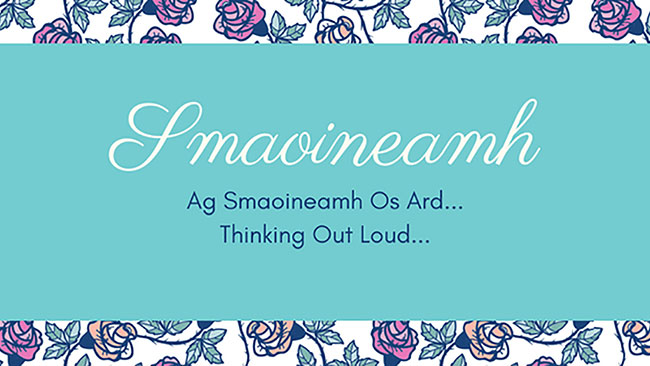 I was recently speaking to someone studying Irish at university. She told me about how she’d love to use more of her Irish but that she gets nervous that people would correct her while she speaks to them, so she often switches to English to avoid the hassle. All I could think was ‘Who are these people who do things like that in a casual conversation?’

I know that it’s important to keep learning. Grammar and structure are the foundations of the language and it’s very important to establish good habits while learning a language, but I still think it’s better that people use the Irish that they have instead of fretting over whether or not something is perfect before putting it out there.

Anyone reading my Irish-language posts will know that my own Irish-language grammar leaves a lot to be desired, but it’s a work in progress. It’s getting better over time.

Sometimes I look back at things I’ve written months ago and instead of becoming embarrassed about the mistakes that I’ve made I can be pleased that I’ve learnt enough to be able to recognise where I went wrong so I’ll know for the next time.

At the end of the day, when you’re speaking to someone or writing something online and you’re not sure if you have everything 100% correct, the worst thing it can be is wrong. That’s not the end of the world.

Beatha teanga í a labhairt, the way to keep a language alive is to speak it and it’s so much better to use your Irish, flawed as it may be, rather than to hide it away because you’re afraid of what someone might think of it.

Labhair cibé Gaeilge atá agat – speak whatever Irish you have; the rest will fall into place.