An inspiration to Martin Luther King and Malcolm X, inspired by Sinn Féin and the Rising 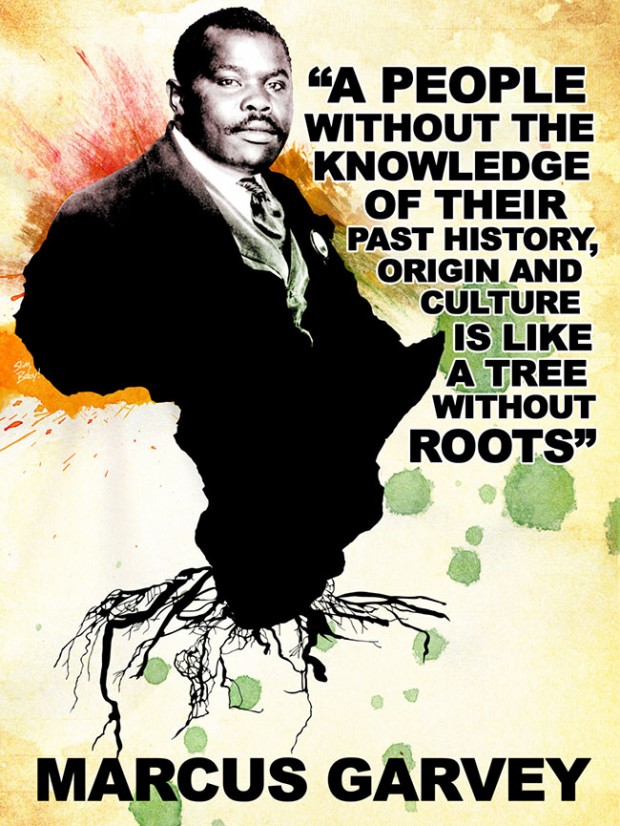 Former Ambassador to Jamaica, RAY BASSETT, on the Caribbean island’s national hero and his affinity with Ireland

WHILE there had been insurrections before 1916 against the British and French empires in many of their territories, the events of Easter week 1916 in Dublin had much greater international significance as they occurred closest to the centre of the imperial power.

It was also at a time when there was a huge gathering of the world press nearby in London, covering the First World War. The New York Times carried the uprising as its main lead story every day for over two weeks. It was talked and written about right across much of the globe.

For those who wished to resist colonialism throughout the world, Ireland had become the cause célèbre

Nationalists in places such as India, Egypt and Africa strongly supported the Irish quest for independence. This was also true in the Caribbean and particularly so with a young Jamaican activist, Marcus Garvey, who was to go on to become the country’s most influential historical figure. Political leaders such as Martin Luther King Jnr, Malcolm X, Elijah Muhammad and leaders of the African Liberation movement, including former President Nkrumah of Ghana, all claimed to have been strongly influenced by Garvey.

Marcus Garvey had an amazing  career by any standard. He was Jamaica’s first ever designated national hero who today lies buried in the National Heroes Park in Kingston, the capital. Here in Ireland – and indeed in Jamaica – there is little popular knowledge or appreciation of how this major Jamaican figure was so strongly influenced by Ireland, and especially by the Easter Rising.

As Irish Ambassador to Jamaica, I was first drawn to Garvey by his Irish surname and also when I learned that he had named one of the most prominent buildings in Kingston, Liberty Hall.

Despite the Irish surname, the Garveys acquired their family name from an Irish slave owner. The plantation Garveys were from Ireland. In 1922, Marcus Garvey said:

“An Irish slave-master gave my forbear the name Garvey. He was not allowed to pass his African name to us.” 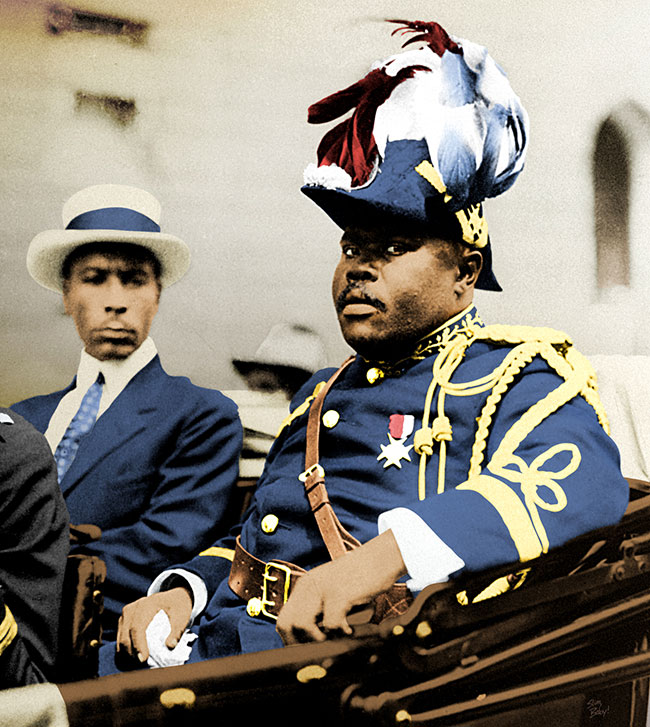 Despite this initial malevolent linkage to Ireland, Garvey remained, throughout his career, a true friend of the country.

Marcus Garvey grew up in a lower-middle-class background and developed a great love of books from his uncle and ready access to his father’s large library. His family lived in the north of the island at St Ann’s Bay, where he first encountered the evil of racism. Jamaica was a very racist society at the time, with a small white minority holding a dominance of power and wealth.

Garvey moved to Kingston and soon became involved in trade unionism. In 1907, he was elected as Vice-President of the compositors’ branch of the Printers’ Union. He subsequently led his members in a protracted strike which, unfortunately, led to the collapse of the union.

Despite this setback, he quickly turned his attention to political activism and civil rights. He joined the National Club of Jamaica, the first overtly nationalist organisation on the island. He rapidly became its Assistant Secretary. Even at this early stage, there were echoes of Irish nationalism present: the club’s publication was entitled Our Own, an approximate translation of the Irish Sinn Féin.

Garvey spent the years 1912 to 1914 in London at the height of the Home Rule crises. At this time, the British Army suffered its largest-ever mutiny when the officer corps in Ireland simply refused to enforce the law by failing to move against the Ulster Volunteer Force and their illegal importation of arms, thereby signalling that any degree of autonomy for Ireland was clearly going to be resisted by entrenched interests. 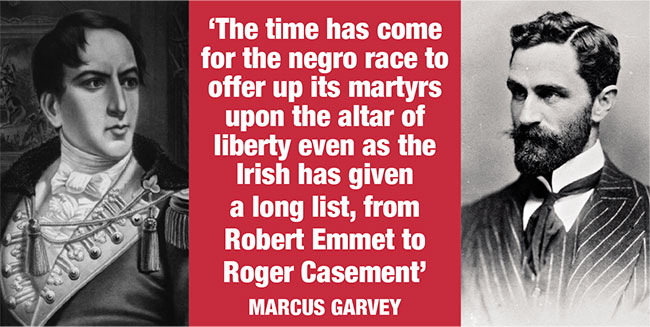 After that period in London, Garvey returned to Jamaica full of new concepts and ideas picked up in the British capital. He was incensed by the unfair treatment of black people and saw parallels between discrimination against them and the Irish.

Garvey had a magnetic personality and soon found himself in a leadership role.

He established the Universal Negro Improvement Association (UNIA) in 1914. Its aim was the advancement of the position of black people in Africa and in its diaspora. Its slogan was “Africa for the Africans, at home and abroad”, which was based on the Irish slogan of the time “The Irish race at home and abroad”. When he moved to America, he also established the UNIA there. It was a huge success and it soon had branches in over 30 US cities.

Garvey particularly liked the Sinn Féin policy of the local community relying on its own strength, decrying the old approach of looking to an outside benefactor, often an aristocrat, to carry forward the cause. He also identified with Irish nationalism’s strong connections with its diaspora, regarding himself as a member of the African diaspora. Throughout his life, he was a strong advocate of Pan Africanism.

It was the 1916 Rising which totally captivated Marcus, however.

To Marcus, the blood sacrifice to revive the national and patriotic spirits of a people colonised, denigrated and deprived of its cultural heritage had huge resonance. While he had been interested in and sympathetic to the Irish cause in the past, post-1916 it became one of the main determinants in the development of what was to become “Garveyism”.

Marcus Garvey wanted black people to emulate Easter 1916. He expounded on this topic on 27 July 1919:

“The time has come for the negro race to offer up its martyrs upon the altar of liberty even as the Irish has given a long list, from Robert Emmet to Roger Casement.”

In 1919, he named the new HQ of the UNIA Movement in Harlem “Liberty Hall”, after the destroyed HQ of the Irish Transport & General Workers’ Union and the Irish Citizen Army in Dublin. In fact, he named all 30 buildings operated by the UNIA in the USA as Liberty Halls.

Garvey’s UNIA went from strength to strength and soon had over two million members. It spread internationally and was estimated to have reached, at its height, a membership of six million. It was the biggest black organisation in history. 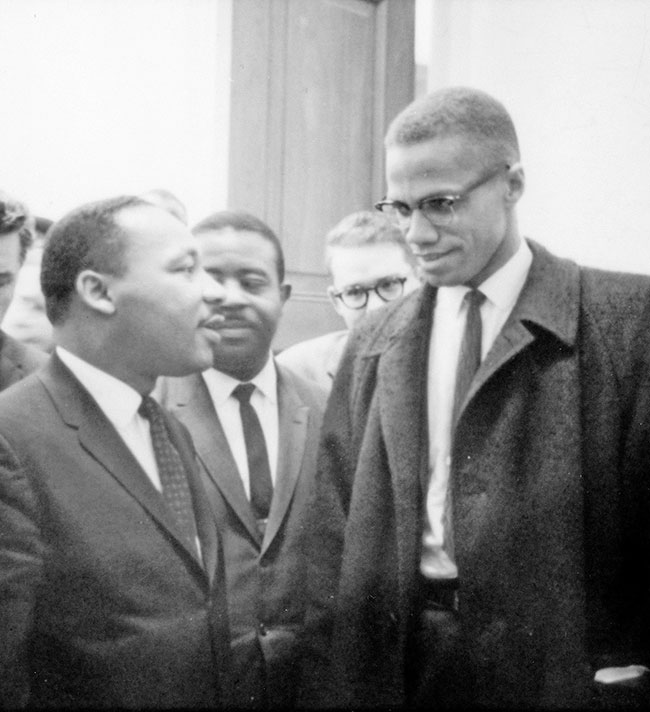 Garvey never strayed far from Irish matters. Just as the 1916 Rising had inspired him, Garvey also had great respect for Irish prisoners on hunger strike.

“Hundreds of thousands of Irishmen have died as martyrs to the cause of Irish freedom . . .  I believe that MacSwiney did more for the freedom of Ireland today than probably anything they did for 500 years prior to his death.”

As the Tan War in Ireland grew intense, Garvey continued his efforts to support the Irish side.

After meeting an Irish-American delegation in New York, he sent one of his lieutenants, Reverend Selkridge, to the New York docks, asking black longshoremen to join their Irish-American colleagues in boycotting British ships. This cemented Garvey’s relationship with Irish republican leaders.

The forerunner of the FBI also had their eyes on Marcus Garvey.

Garvey developed a strong relationship with Éamon de Valera, the political leader on the Irish side. Garvey organised a joint meeting in 1920 where both men were due to speak. Garvey was advertised as “Provisional President of Africa” and de Valera as “Provisional President of Ireland”. Unfortunately, the meeting was cancelled. When de Valera returned to Ireland and the Truce was announced, Garvey cabled Dev:

“We, the representatives of  400,000,000 negroes of the world . . .  send greetings and pray that you and your fellow countrymen will receive from the hands of the British your merited freedom.”

At the same time, Garvey sent a message to Britain’s King George V:

“On principle, nothing would please the 400,000,000 negro peoples of the world more, except the freedom of Africa, than the granting of freedom to the four and a half million people  of Ireland.” 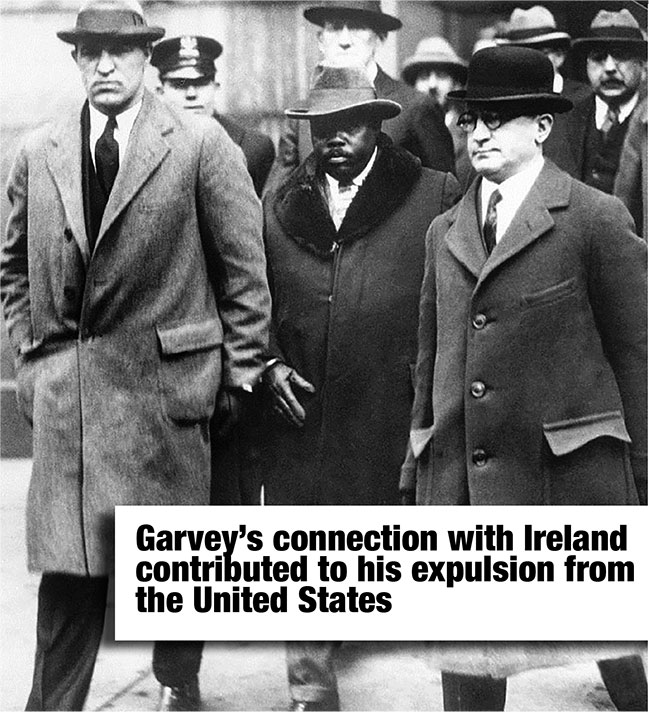 Garvey’s relationship with Dev survived the former’s support for the Anglo-Irish Treaty. Garvey viewed it as much less than what he would have liked but believed that it contained the potential to be developed further, the same argument as Michael Collins’s.

“We have watched his career for several years both in Ireland and the USA where he carried on a relentless propaganda in the interests of Irish republicanism. We understand him and the spirit of the people he represents.”

Garvey’s connection with Ireland contributed to his expulsion from the United States. His ability to mobilise huge numbers of the black population and his growing links with Irish republicans caused the US Government and its agents anxiety.

When Garvey established a new shipping company, the Black Star line, a copy of the long-forgotten Green Star line founded by Irish-Americans, it ran into trouble and foundered. The ambitious young J. Edgar Hoover purportedly used the bankruptcy to frame Garvey on trumped up charges of mail fraud and saw him deported to Jamaica. (The Jamaican Government is currently campaigning for a posthumous pardon. Should the Irish Government support that request?)

Garvey also created a flag for the UNIA in 1920 at the height of the Tan War. The colours are black, red and green. The green was to signify support of the Irish cause. The flag formed the basis of the national flags of several African and Caribbean countries. It is also carried by members of the “Black Lives Matter” movement at demonstrations in the USA but I doubt if many of the participants know about the Irish linkage.

The history of Irish/black relations on the east coast of the United States is often characterised by a lack of empathy on either side. It’s nice to look back at a time when Marcus Garvey was at the height of his powers and there was a strong personal relationship at leadership level.

Today there are parks, bridges and buildings named after Marcus Garvey in the USA, Canada, England and several African countries – but in the country which featured so strongly in his life, he has no monument or memorial. It is time we rectified that omission. The current redevelopment of SIPTU’s HQ at Liberty Hall offers an ideal opportunity to rectify that omission.

To those who would seek to belittle the importance of the 1916 Rising, the powerful effect it had on Jamaica alone should be ample enough evidence for second thoughts.