Young republicans – leading from the front 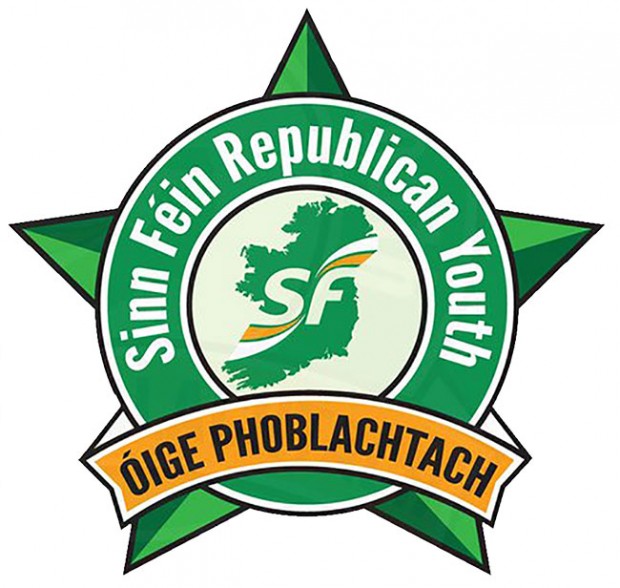 YOUNG REPUBLICAN RANKS are experiencing an upsurge in new members with the start of the new college terms building on the numbers involved in this year’s 35th Anniversary Hunger Strike Commemoration and those who signed up at the National Ploughing Championships in County Offaly.

In Dublin alone, Sinn Féin Republican Youth now boasts 300 members. Many members are active not only in their local cumainn, colleges and communities but also are holding their own on major national issues.

Across the island, there are hundreds more active members in places such as Galway, Belfast, Donegal, Limerick and Cork.

The Apple tax scandal was one of a number of issues scandalously defended by the mainstream parties that prompted Sinn Féin Republican Youth activists to descend on Fine Gael Head Office and decorate the railings outside with dozens of rotten apples to highlight the Irish Government’s rotten position.

Media sources from around the world picked up on the story, most notably Russia Today, The Guardian and Spanish prime-time news. 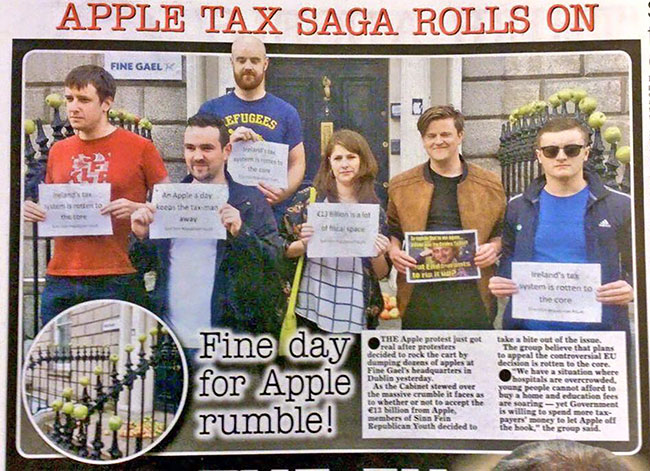 Sinn Féin Republican Youth have been campaigning consistently for increased funding and infrastructure for housing to address the ongoing crisis of homelessness.

Young activists gathered at universities in Dublin, Galway, Belfast and Cork to take part in a student sleep-out event to raise awareness for the need of increased accommodation for young people, often the unheard demographic when it comes to the housing crisis. It is estimated that over a hundred young activists from across the spectrum took part to highlight the accommodation crisis young people face, including rent uncertainty, lack of supply and substandard quality, even when accommodation can be found.

Other campaigns Sinn Féin Republican Youth have been taking the lead on include demonstrations supporting the ‘Repeal the 8th’ movement and a banner-drop demonstration keeping the ‘Save Moore Street’ campaign in the public eye.

The Bank of Ireland’s closure of the account of the Ireland Palestine Solidarity Campaign as part of Israel’s global attack on the worldwide BDS (Boycott, Divestment & Sanctions) campaign was the focus of a protest by Sinn Féin Republican Youth at its primary Dublin city centre location in O’Connell Street. It was another initiative that attracted international attention and the video attracted 25,000 views on Facebook. 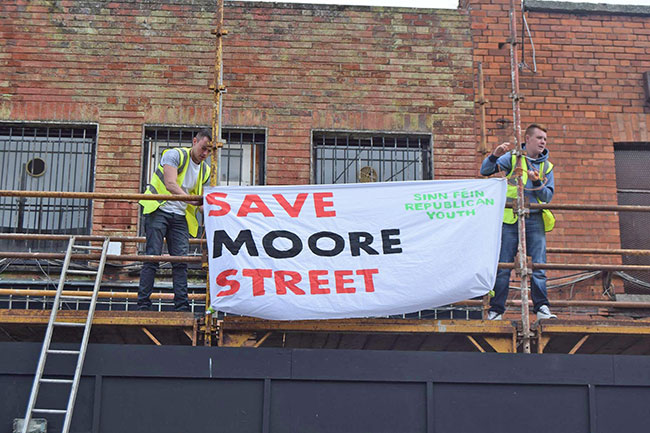 Young republicans are also making their presence felt and their voices heard in the Oireachtas and the Assembly.

Senator Fintan Warfield is leading the way as the youngest member of the Oireachtas at 24 years old, followed by Cork South Central TD Donnchadh Ó Laoghaire, who, at 26, is Sinn Féin’s youngest Teachta Dála.

In the Assembly in the North, Megan Fearon MLA is the party spokesperson on Women, Children & Young People and is Junior Minister at the Executive Office.

“The future might seem unclear for young people across the island who want to thrive rather than just survive. With very little care or support being shown by successive conservative governments, young people are looking for change.

“Sinn Féin Republican Youth is offering an alternative voice for young people feeling the brunt of successive regressive Budgets and struggling to survive on dishonest and unprincipled banded and zero-hour contracts or looking to the future and what sort of job opportunities might be there for them when they finish their education.

“We are prepared to tackle the Establishment wherever we can and we want as many people to join us as possible to make a change, to make a difference.”