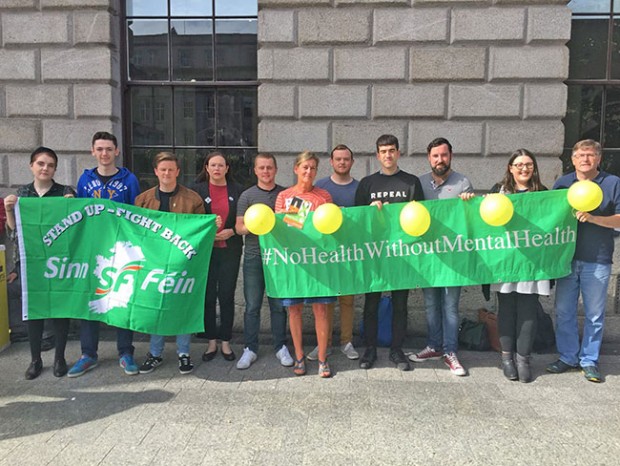 SINCE the general election in February this year, Sinn Féin deputy leader Mary Lou McDonald TD has taken on the role as the party spokesperson on Mental Health & Suicide Prevention. Working alongside Pat Buckley TD and Senator Máire Devine – as well as Health Minister Michelle O’Neill in the North – she has dedicated much of her time in recent months to meeting service providers, state agencies, service users and families and assessing what issues need to be prioritised.

At the top of her list is the provision of 24/7 crisis intervention services.

“At the moment, if you are in crisis and it happens to be outside of 9 to 5 office hours, then you are in big trouble,” Mary Lou tells An Phoblacht at the Dáil. “We’ve heard story after story of people, in the depths of trauma and distress, who end up sitting in an A&E for hours on end. They are discharged and many times they are back there in the future. Tragically, in some cases we have met families where those people went on to take their own lives. So the issue is absolutely critical.”

A motion brought before the Dáil by Sinn Féin on 5 October called for the Dáil to deliver 24/7 crisis intervention services within 12 months.

“Unfortunately, other parties weren’t prepared to make that commitment,” Mary Lou says, with clear annoyance. “But that isn’t going to stop us pursuing this issue. It is something we will press time and again.”

Dual diagnosis is also something the party is focusing on. It refers to people who have both addiction and mental health issues. Recent meetings were held on the issue in Dublin and more are planned for across the state.

“It means a large amount of people are falling between the cracks,” the Dublin TD says, referring to how the Health Service Executive deals with the problem, although it says it is working to address it.

“In a huge number of cases you find addiction and mental health issues all rolled into one. The system needs to respond and change, not tell somebody who is in trauma: Your issue is not mental health, it is addiction.”

In Budget 2017, the Government pledged €35million in mental health funding. Mary Lou says clarity is needed on whether that money is ring-fenced and she says Sinn Féin will be keenly observing the HSE service plans.

“I think it’s fair to say that mental health didn’t get the kind of priority and focus that was needed,” she says.

“It’s not enough to talk the talk, you actually have to deliver – and that means resources, it means staff, and it means prioritising mental health.” 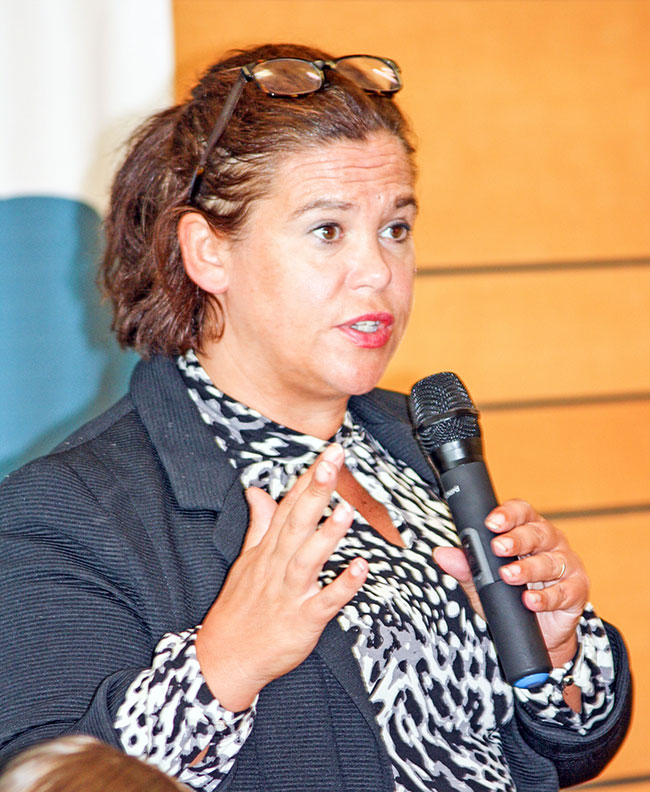 • Mary Lou McDonald at a meeting on 'Mental Health Matters' in Ballybough, Dublin 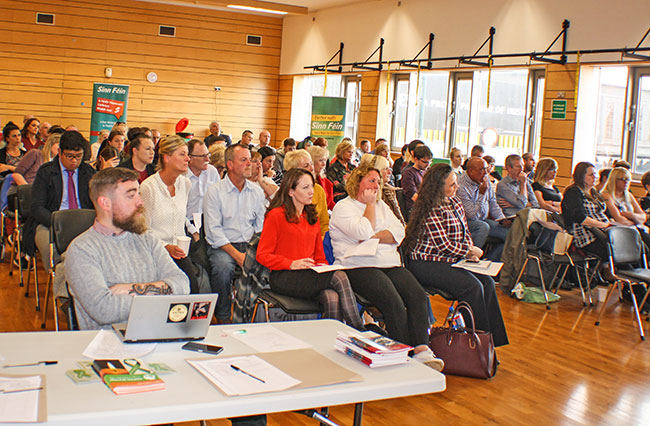 One issue which angered many, and came in for heavy criticism on social media, was the Government’s decision to spend €20million to change Capital Acquisition Tax arrangements to benefit a mere 2,000 people in terms of tax relief on large amounts of inheritance. That same amount of funding could have been used for 24/7 crisis intervention services.

“It’s about choices and what you prioritise,” says Mary Lou. “This isn’t about me point scoring. It is much too serious to turn it into a political football but there are times when you just have to call people out on things. And we are calling the Government out now, saying: You worried and fretted enough to allocate €20million to about 2,000 people. Our choice is that €20million would be better spent so that people who are in crisis at a weekend or in the dead of night have the supports they need.

“Those are the moments where choices are made between life and death. That’s not an exaggeration, those are services that will save lives. Families will tell you first-hand that is how finely balanced it can be for a person who is in deep distress.”

Mary Lou also tells An Phoblacht that Sinn Féin is rolling out SafeTalk training for its own constituency office workers and elected representatives to equip political and community activists to recognise signs of mental distress and to be effective, compassionate and supportive. She says it is vital to ensure that people who are dealing with the public know that what they are doing or saying is the right thing.

Mary Lou describes her colleague Pat Buckley as “an inspiration”. His work, after losing two brothers to suicide, is “the definition of political courage and political activism”.

Looking back over her first few months as spokesperson on Mental Health, she says the resilience of people who have suffered loss has been inspirational.

“Very often families have been to hell and back. I met one family recently from north Belfast, Paul and Sarah Fox, who lost their lovely young son Aaron who died by suicide.

“It’s incredible to talk to people like them. Iin the midst of their own grief, their big concern is for everybody else’s kids and their concern is that it doesn’t happen to anybody else’s child.

“That’s an incredible thing. It’s very, very humbling. You could understand why somebody could turn in on themselves but I have met so many families who have turned such bleak tragedies into something that becomes a beacon of hope for others.”