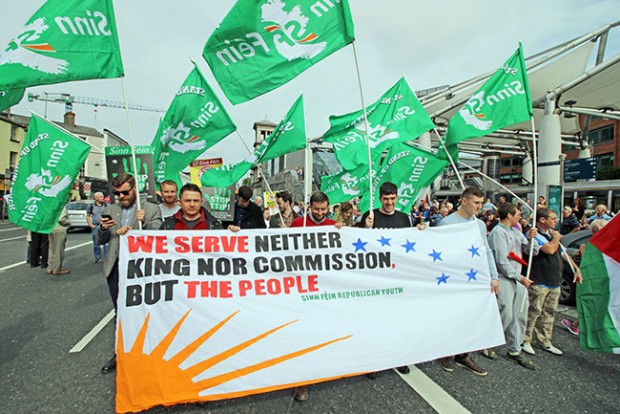 Until the Irish Labour Party admits that it was wrong (not just tactically but morally as well) to abandon its own supposed outlook for the sake of office, it will not recover

THROUGHOUT EUROPE, social democratic parties are in decline. The voters they once represented have got increasingly tired of being used as cannon fodder for the various ‘lite’ versions of the exploitative policies put forward by the genuine Right.

Most explicitly, working-class communities have turned to more coherent socialist representation, such as SYRIZA in Greece and Podemos in Spain, or to populist right-wing forces such as UKIP in England who play upon concerns over immigration and community decline that the ‘official’ Left ignore.

The failure of the Soviet Union to sustain itself has severely undermined the credibility of communist parties throughout Europe. In their absence, the gap is being filled by more ambiguous leftists or by plain reactionaries.

The result has been the surrender in Greece of SYRIZA to the austerity policies it was originally elected to oppose. In Spain, Podemos has also failed to convince the radical working class that it is really different from the discredited social democrats.

The only social democratic party that has been somewhat immune from this has been Portugal’s Socialist Party that, while still supine before the EU, nevertheless rejects austerity.

In Ireland, we see an even more cynical evolution of our Labour Party.

Having participated enthusiastically in a viciously right-wing austerity government led by Fine Gael, Labour who were once in government with the power to effect change are only now talking about the rights and needs of the working class!

They seem to believe that people will just forget what Labour did (or didn’t do in terms of defending the working class) when in Government and will be willing once again to let themselves be led by the nose down the road of betrayal. 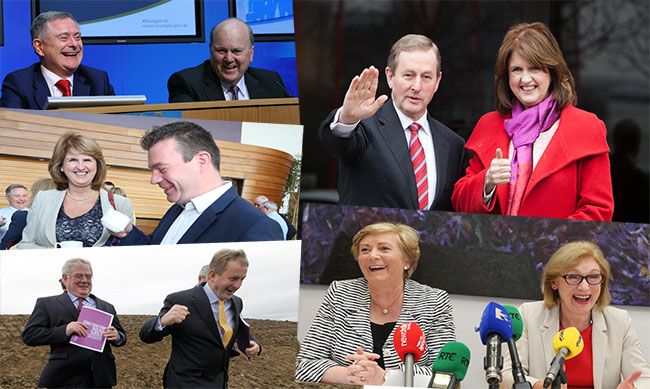 The opinion polls, however, show that Labour’s ploy isn’t working. The party continues to flounder around the 5% mark despite the continued connection with established elements of the organised labour movement such as SIPTU.

Until Labour admits that it was wrong (not just tactically but morally as well) to abandon its own supposed outlook for the sake of office, it will not recover. Even time will not obscure the facts of their role, as the polls also show that Sinn Féin has a commanding lead of support among young people, with Labour holding on best among the oldest age cohort.

The Labour Party’s future does not look bright.

In itself, this doesn’t matter. There is nothing more nauseating than a party which ignored the needs of the working class when in power now trying to present itself as a part of that class’s defence guard.

But political change, which we need, does not come about because some individuals think that it should – it comes about when organised workers see through the pretences of the ruling class and, as Connolly said, strike out in their own interest.

Those who want change need organised labour to take its place in the fight for change. Organised labour  – trade unions, community action groups and so on – not specifically any particular party.

The Left in Ireland remains weak and divided, primarily because it cannot take a firm stance on the national question, the fight for a united and truly independent Ireland in which the Irish people alone have unfettered control over Irish destinies. 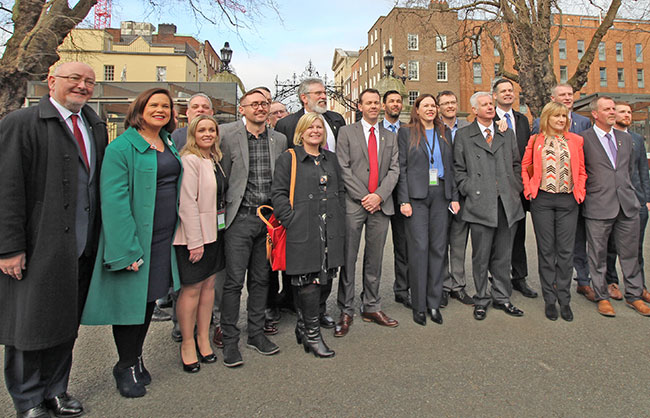 Sinn Féin is largely on its own on these issues while the Trotskyist parties such as the Anti Austerity Alliance and People Before Profit spend more of their energy attacking Sinn Féin than they do in attacking capitalism.

In the North, for example, Sinn Féin is alone in looking both for the reunification of Ireland and for the transfer of tax-raising powers in the interim from Westminster to the Northern Executive, but that doesn’t stop People Before Profit from basing their programmes on raising taxes that the Executive does not have the constitutional power to raise – an absence of power that PBP never talk about.

There are elements within the trade union movement, largely associated with the Right2Change grassroots mobilisation, that are looking for ways to rebuild an organised labour component of the broad front we need if we are to advance the joint fights for national freedom and social emancipation.

Those elements need full support and encouragement, and Sinn Féin members in particular need to be open to the sensitivity required to bring them along.