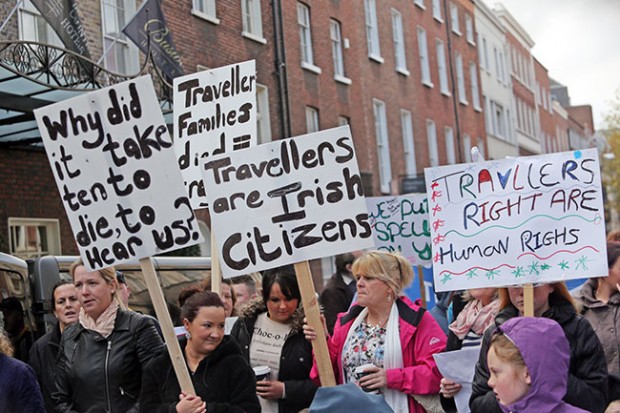 Over the last 12 months, Irish society has witnessed a mix of reactions

On Saturday morning, 10 October 2015, the nation woke up to the news that a fire had taken place in Glenamuck in south County Dublin and that at least eight people had perished.

As a local councillor representing the area I rushed to the site to find the road blocked by gardaí. I met local residents and friends of some of the deceased, all stunned by the unfolding news.

In the years before, the family had been moved on by the council to an isolated field in the countryside before being relocated to the temporary site on the Glenamuck Road.

The day after the fire, the Southside Traveller Action Group took care of the family in their premises in Sandyford, where friends and family gathered and many people arrived with clothes and food. This family lost not just those most precious to them but also their home, personal belongings and clothing.

There was an expectation that the Taoiseach would arrive but we learned later that he simply went to the site of the fire, just a kilometre or two up the road, and had his photo taken with the then Fine Gael councilor (now TD), Josepha Madigan, who had actually campaigned on an anti-Traveller ticket in the local election just the year before! Neither arrived to see the family.

The council met immediately after the tragedy and councillors were briefed by local authority chiefs of their intention to provide an emergency site in Rockville Drive.

For years the council had a poor relationship with Rockville Drive residents. The absence of consultation only served to inflame an already fractious interaction, as residents blocked access to a site adjoining their  homes where the Council proposed rehousing the Traveller family as an emergency measure.

Some maintained that the protest was because the site was for Travellers, but others countered that the absence of consultation was ‘the straw that broke the camel’s back’.

It must still be asked, though – if this had been a family from the settled community, does anyone believe such a protest would have occurred? My view is that it definitely would not have.

Emergency accommodation was found for the family in Glencree where myself and Sinn Féin deputy leader Mary Lou McDonald TD went to see them. At that meeting we heard the horrific accounts of what had happened that night in Glenamuck.

A response to council questions put down by Sinn Féin regarding electrical works, fire safety equipment, the positioning of the units and maintenance works affecting the fire hydrant was extremely poor and lacked detail.

It is expected that Garda forensic reports will bring greater clarity than that offered by the council.

Either way, there are many unanswered questions, including whether or not these deaths were avoidable.

Last year, the council offered a new site to the family. The site is miles from the family’s home. It was impractical, given that the children are schooled nearer the Glenamuck site.

Under emergency powers, the council has provided temporary accommodation in Ballyogan. The temporary site is in the car park of a council depot. The site is windswept and has no protection from the elements. Overhead electricity cables and underground gas pipes accompanied with “No smoking” signs offer little comfort to a family who have suffered so much.

Understandably, the family wants to get off this site to a place of permanence to call home, a place to begin rebuilding their lives. 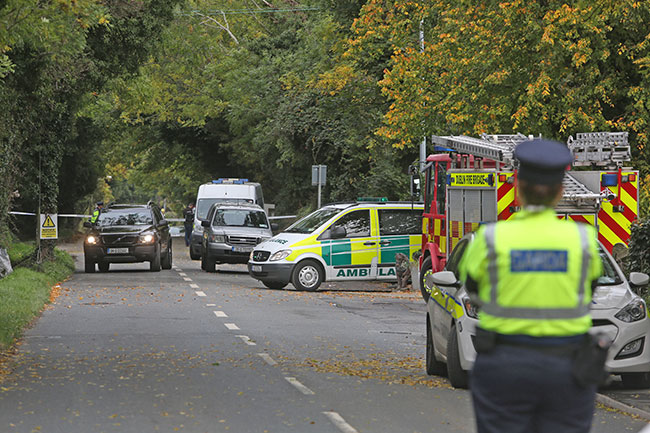 In July, Dún Laoghaire Rathdown County Council ratified the provision of day units back in Glenamuck, on a new site beside the location of the disaster. The works are out for tender and expected to be ready by July 2017.

Day units are buildings consisting of a kitchen, bathroom, utility and dining areas along with a separate space for a trailer or caravan. This form of accommodation does not meet the needs of a grandmother raising her grandchildren. The family needs houses, not day units.

Changing this plan to bring about group housing is an 11-month process. Furthermore, the Part 8 process, the public procurement and construction phases, could add years to the delivery of the required accommodation.

Housing Minister Simon Coveney is aware of this situation. A meeting has been agreed where, it is hoped, that mechanisms will be explored to expedite the process and provide the family with what they need – a home.

Over the last 12 months, Irish society has witnessed a mix of reactions, from unprecedented sympathy and anger to sickening ignorance and generalisations about Traveller issues.

I’ve witnessed that too but I’ve also witnessed a deeply caring, strong grandmother intent on keeping her family together and providing for the needs of her grandchildren.

The lives of those lost on the Glenamuck Road that night must leave a legacy. That legacy should involve Irish society embracing and celebrating the diversity of Traveller culture rather than marginalising, isolating and oppressing it.

Former Labour Party leader Éamon Gilmore said of the marriage equality campaign that it was “the civil rights issue of this generation”.

It’s not the only civil rights and equality issue of this generation, however.

In the wake of the Carrickmines tragedy and with the prime-time showing on RTÉ of the documentary series John Connors: The Travellers, the discussion has at least begun.