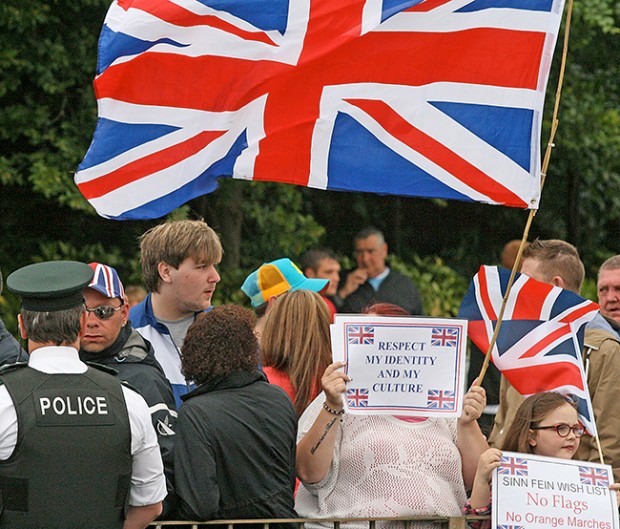 “If our society is to be based on mutual respect, then everyone must feel that their own cultural identity is respected by the society in which we live.”

DID the North’s largest unionist party, the DUP, have their fingers crossed behind their backs when they signed up to this bit in the Programme for Government with Sinn Féin?

On the ground, it seems, DUP elected representatives are intent in denying republicans and nationalists that very equality and mutual respect not only that they signed up to but which they demand for themselves.

A clear example of this was when a GAA club in north Antrim was compelled to remove the gates to its grounds in order to obtain council funding for a community centre.

In June, a committee of the Causeway Coast & Glens Borough Council agreed a grant of £180,000 to the Friends of Glenarriffe to part-fund a community centre on the grounds of the Oisín Hurling Club in Glenariffe in the Glens of Antrim. 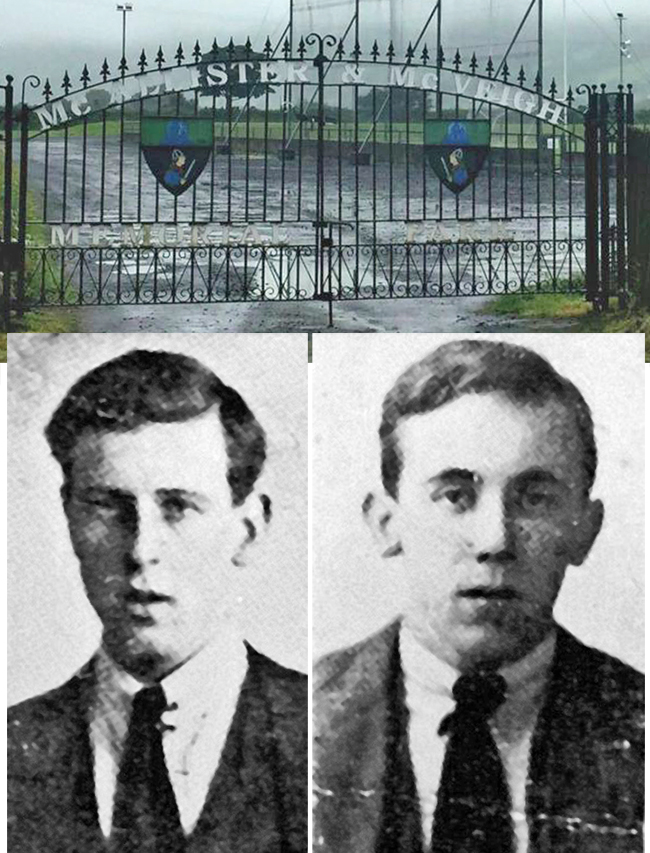 The DUP intervened, however, and threatened to block the funding at the full council meeting on 23 August. The DUP focused on the fact that the Oisíns’ park, opened in 1947, is named after Pat McVeigh and Charlie McAllister, two IRA Volunteers killed in 1922 by the RUC B-Specials close to the playing field. Its entrance gates bear their names.

To secure the funding, a majority of Oisín members, a week before the council met, voted to remove the gates, resulting in the club’s chairperson and a number of key coaches resigning.

The B-Specials, the notorious police auxiliary force made of up of Ulster Volunteer Force members demobilised from the British Army after World War One and renowned for their sectarianism, killed the two men on Carneil Mountain, near Carnlough.

The circumstances of their killings points to the B-Specials summarily executing the pair as McVeigh was shot in the head, seemingly at close range, while McAllister was bayoneted to death. His only bullet wound was a shot to the wrist.

An angry DUP Councillor Trevor Clarke, speaking after the funding was granted on a vote of 19 to 18, let the cat out of the bag by saying he opposed the scheme on the grounds that the park is “named after IRA terrorists”. 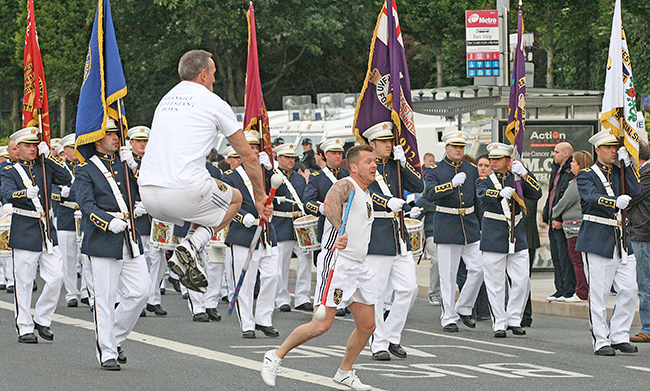 • When nationalists object to UVF bands and colour parties, unionist politicians ­dismiss complaints on the grounds that it’s about ‘the old UVF’ of 1912/1913

Yet when nationalists object to UVF bands marching behind UVF colour parties, unionist politicians -– including those from the DUP – dismiss complaints on the grounds that it’s about ‘the old UVF’ of 1912/1913 and nothing to do with the death squad resurrected by unionist leaders in 1966, bearing the same flag and badges, and which was responsible for up to 400 deaths during the conflict.

The controversy over the funding for the Glenariffe community centre came hard on the heels of the destruction of a monument erected by republicans to commemorate the centenary of the 1916 Rising.

Unionists in the neighbouring Mid & East Antrim Council had called in contractors in June to destroy the memorial in the predominantly nationalist village of Carnlough, saying the stone was “provocative”.

Why unionists regard the development of GAA grounds and indeed the growth of the Irish language as “provocative” is because they see a confident nationalist and republican population of the North asserting its identity.

So when Newry, Mourne & Down Council Ulster Unionist Councillor David Taylor attacked the council’s Irish language strategy as “a petty political, ideological crusade” he was ‘outing’ unionism and its attitude to republicans and nationalists. 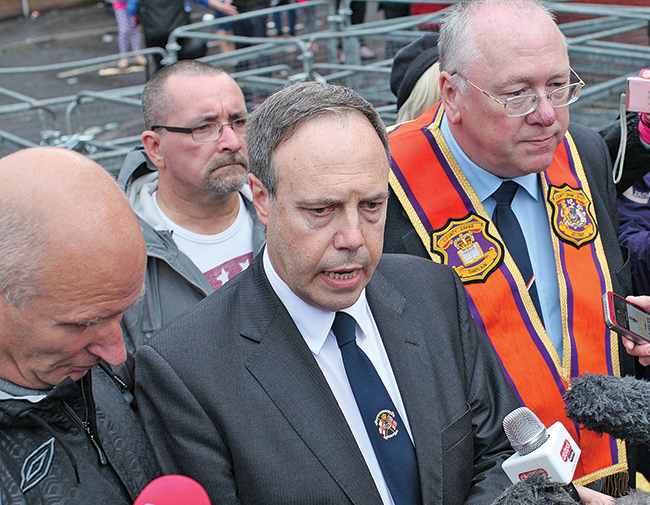 Unionists are fighting an ideological war ,attacking any expression of nationalism and republicanism as it demonstrates how nationalists and republicans are standing up and refusing to be bowed.

The long battle over the old Newry & Mourne Council’s decision to name a park in Newry after H-Blocks Hunger Striker Raymond McCreesh is a case in point.

McCreesh and the other hunger strikers and prisoners showed by their sacrifices that they had the courage of their convictions. Their bravery is a touchstone for nationalists, and unionists resent that in the way they resent any display of nationalist and republican culture.

Meanwhile, DUP and UUP politicians refuse to confront the sectarian supremacist ideology that is the bedrock of Orangeism, unionist ‘Kick the Pope’ bands and the notorious Eleventh Night bonfires.