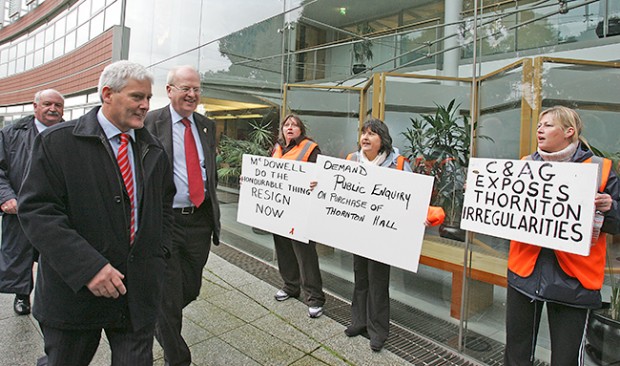 WERE YOU shocked by the revelations in the Comptroller & Auditor General’s Report that NAMA’s Project Eagle asset sell-off lost the Irish taxpayer up to €220million?

After the Apple €13billion tax farce, €220million doesn’t seem like that much money but a sum like that could still fund a lot of hospital beds, social housing schemes, schools, or even a decent pay rise for bus drivers.

The Comptroller & Auditor General (C&AG) has for decades called the Irish Government to account. It investigates the institutions and agencies that spend people’s taxes. Its officials have, year after year, revealed an ongoing waste of vital funds which we desperately need to invest in so many social projects.

We highlight here some other ‘lost’ millions’ uncovered by the C&AG over the last eight years.

In 2014, the HSE began to charge privately-insured patients for service received in public hospitals. Up until then, charges had only been levied if patients were in a private or semi-private room.

It was taking private insurance companies an average of 186 days to pay their bills to the cash-strapped HSE, with the Government (i.e. the taxpayer) forced to bridge the gap in funding until the insurance firms coughed up the cash they owed.

The 2015 C&AG Report also found that the state lost €48million on a site in north County Dublin bought for a new prison. The site was purchased in 2005 when Michael McDowell was Justice Minister but the project was mothballed in the recession.

€50.6million had been spent on the Thornton Hall project by the end of 2014 but a valuation that year found the site was worth a relatively paltry €2.4million.

The Government paid €29.9million to buy the site and a further €28.7million upgrading the Mountjoy Prison site it was supposed to replace. 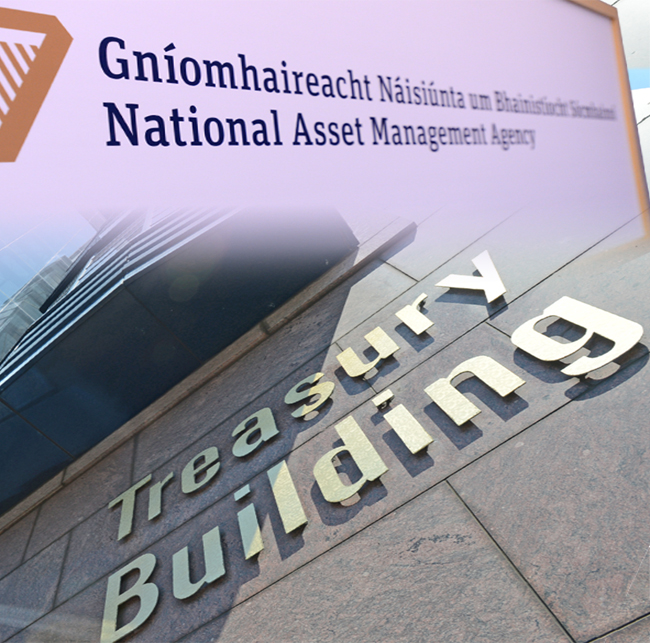 I still find this astounding but during the banking and economic collapse of 2008 the Irish Government spent €152million on consultants to advise them on dealing with the banking sector.

Surely this was the time for a quick apologetic call to economist Morgan Kelly, who predicted the collapse, to ask him for bit of advice. I can only imagine he would have been cheaper than this. Just saying.

The ‘most expensive proposal’

The National Convention Centre in Dublin was built by Treasury Holdings in a 25-year public-private partnership (PPP) with the Irish Government. The 2009 C&G Report estimated that the project’s cost would outweigh economic benefits by €200million over the life of the contract.

The C&AG concluded that the winning bid was “the most expensive proposal”.

The Treasury bid would cost €390million in 2007. The closest other bidder had three offers between €203million and €224million rejected by a Government steering group. We still don’t know what the extra €187million offered to Treasury got the taxpayer. The conference centre is now owned by the Irish Infrastructure Fund, formerly the National Pensions Reserve Fund.

In 2007, the Dublin Docklands Development Authority (DDDA) became a partner in a venture to develop the Irish Glass Bottle site near the Poolbeg power station. The site was bought for a total cost of €431million but in January 2011 its value was estimated at just over a tenth of that, at €45million.

The Docklands Authority had a potential exposure by 2010 of €81.9million for their share of the venture. The investment is now written off and the site went into NAMA.

The final cost to the DDDA was €52.1million.

The C&G found: “There was no evidence that the full scale of the planned outlay on the site acquisition by the joint venture company was made known to the departments at that time.”

PPARs, a wages software package for HSE employees, began with an estimated €9million price tag. By the time of the C&AG’s 2009 report, €220million had been spent on a system that still didn’t work!