Because you have an AK47, it doesn’t make you a freedom fighter 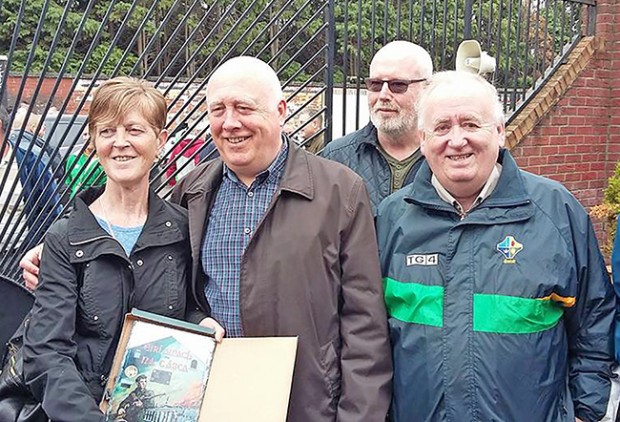 The background to our resistance was the pogroms of 1969, the gassing of entire streets in the Falls, internment and the torture of prisoners, the massacre of civil rights marchers, the killing of women and children by plastic bullets

DANNY MORRISON gave the main oration in west Belfast on Saturday 11 June for his late friend and comrade Seándo Moore as part of a number of commemorations for Beechmount IRA Volunteers to be held throughout the centenary of the 1916 Rising. At Seándo’s funeral on 15 June 2010, Danny described his fellow activist as part of “a real people’s army with support on every street”.

IT BEING the 35th anniversary of the Hunger Strike and it being the centenary of the 1916 Rising, I have been speaking around the country in different places. And at these meetings and at the small exhibitions associated with them, people will talk about the great Seándo Moore, his humour, his dedication. At some of the exhibitions, a letter or photograph or artefact would be missing or would be mislaid or arrive late and people would say: “That wouldn’t have happened if Seándo had been in charge.”

The brilliant exhibition Revolution 1916 has been organised by Irish republicans and is running at the Ambassador Theatre in Dublin. It features the largest private collection of 1916 artefacts, with over 500 items on display.

I was there two weeks ago with a friend from the USA, a 70-year-old supporter, Johnny Norby from Seattle. Near the end of the 1916 exhibition there are panels dedicated to a modern event – our ‘1916’ – the 1981 Hunger Strike which the Establishment in the South would rather we forgot (just as they have forgotten to challenge the British for their role in the slaughter of civilians in Dublin and Monaghan).

Johnny and I went over to a glass case and there was Seándo’s famous smuggled crystal set radio from the Blanket Protest, the one christened “Maggie Taggart” after the Radio Ulster journalist. On it the prisoners secretly heard the news of Bobby’s victory in the Fermanagh/South Tyrone by-election and on it they heard the sad news of Bobby’s death in the early hours of Tuesday 5 May 1981, and the news of nine more comrades between then and 20 August that year.

So I was explaining the history of the radio to my friend and I noticed an old woman on my left, an elderly woman, who had obviously been listening to us. She stepped forward and asked me quietly did I know the men. I proceeded to tell her that Joe McDonnell’s future mother-in-law, Mrs Healy, who lived in Number 22, across the street from us in Corby Way, Andersonstown, was there at my delivery in Number 17.

As a teenager I had been interned with Joe and that I was with him in the prison hospital two days before he died. I told her that Kieran Doherty was a year below me in school and that his brother Michael was in my class. 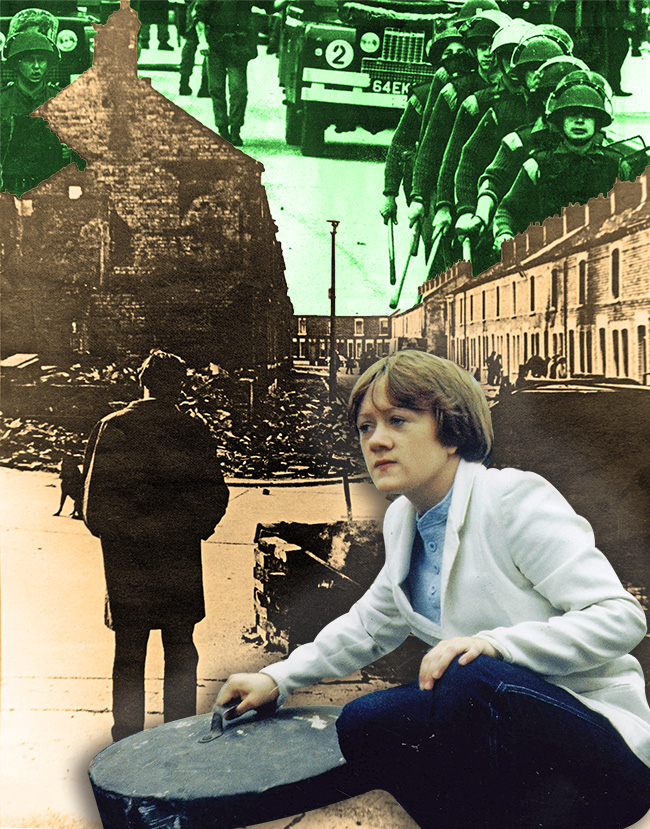 I told her how long I had known Bobby, about our writing to each other over many years, my publishing his writings and being one of his spokespersons during the Hunger Strike.

Then I came across a photograph or memorial card of Martin Hurson and told her that it had been my role to visit his family and that when I drove up the lane of their farm in Cappagh, Martin’s father John was cutting the hedge. As I stepped out of the car he said to me: “I know why you’re here.” I was there to tell him that, on 29 May, Martin would be joining the Hunger Strike.

And as I told Johnny and this complete stranger this story, I burst into a flood of tears and could not speak. I burst into tears in the middle of the Ambassador Theatre. And then I pulled myself together and apologised. I asked the woman where she was from and she said Dublin. And then she said: “We didn’t know. We didn’t know.”

It is easy to be cynical and dismissive but censorship of the truth of what was happening to nationalists in the North was of major self-interest to the Southern Establishment – else they might have had to address the state they left us in and do something about it.

In looking at Martin Hurson’s photograph in that display I was also reminded of the tremendous human cost of conflict, of war, on ordinary people as well as the protagonists. It reminded me, if I needed reminding, of how awful war is – the suffering and pain and personal loss to my community but also to those who lost their lives or limbs (soldiers, policemen and civilians) at the hands of republicans.

In a struggle as long as ours, and a movement as big as ours, it is obvious that differences of opinions would emerge over strategy and decisions taken down the years or over personality differences. It is loyalty to the cause and to each other and to unity of purpose which gives us our undoubted strength – and Seándo Moore was one of the most loyal republicans I know.

I was in the H-Blocks when the ceasefire was called and I supported its call. But within hours I was angered and prepared for the IRA to go back to war because of the triumphalist response of British Prime Minister John Major and that of the unionists. They don’t want peace, I thought. But I was being emotional, not strategic. Then I heard the leader of the Ulster Unionist Party, James Molyneaux, in a slip of the tongue say that the IRA ceasefire represented the greatest threat to the Union in 60 years.

A ceasefire – in which the IRA would ultimately withdraw from the scene – would show that the problem was not the IRA but the sectarianism behind the Six-County state and British support of that state by hook and by crook and by spook. 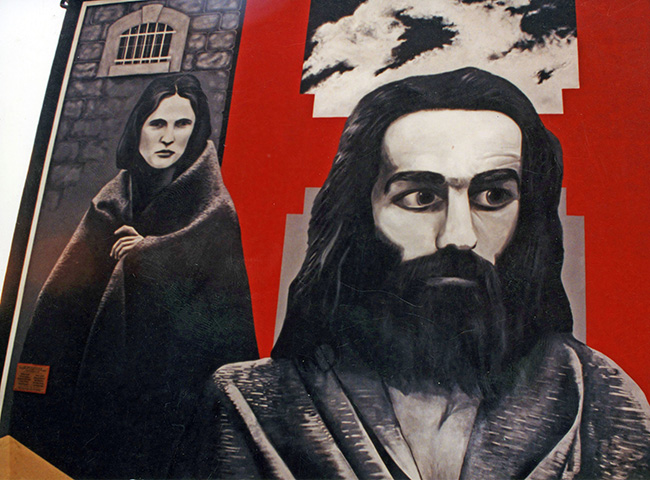 Post-1994 there were many challenges, changes and compromises, some of which I had no problem with and others which presented myself and other republicans with difficulties. But again, unity is strength and there is strength in numbers and it has been the loyalty of the republican base, and the loyalty of the bulk of former republican activists and ex-prisoners which has seen us through to this day where Sinn Féin has become the largest party in Ireland.

Some former comrades, small in number, had difficulties with these changes. Others decided that they could resume an armed struggle.

I have no problem with those groups who are opposed to the political process, who criticise Sinn Féin or who stand against Sinn Féin in the North, be they new organisations or comprised of former mainstream republicans who feel disenchanted, disillusioned or disappointed.

I would, of course, prefer they were with us. But their appearance should be seen as a potentially positive development, as healthy for politics and will help sharpen perspectives, priorities and direction.

I do have a problem with those small groups who oppose not just the political process but, more importantly, the peace process and who continue armed activity without strategy, debate direction or articulation, as if armed struggle is a principle and not a tactic.

They say nothing has changed and that is a lie; that is not true.

This state is not the state I was born into and grew up in. It has radically changed – but of course it has not changed radically enough.

Ask former RUC men if they think nothing has changed? Many of them felt a sense of betrayal at the Patten reforms, a betrayal of their comrades who had lost their lives in the conflict. Ask the flag protesters if they think nothing has changed. Ask those for who marching through Catholic Garvaghy Road is a distant memory. Ask those camped in Twaddell. Ask those Border communities who no longer have to negotiate interminable checkpoints. 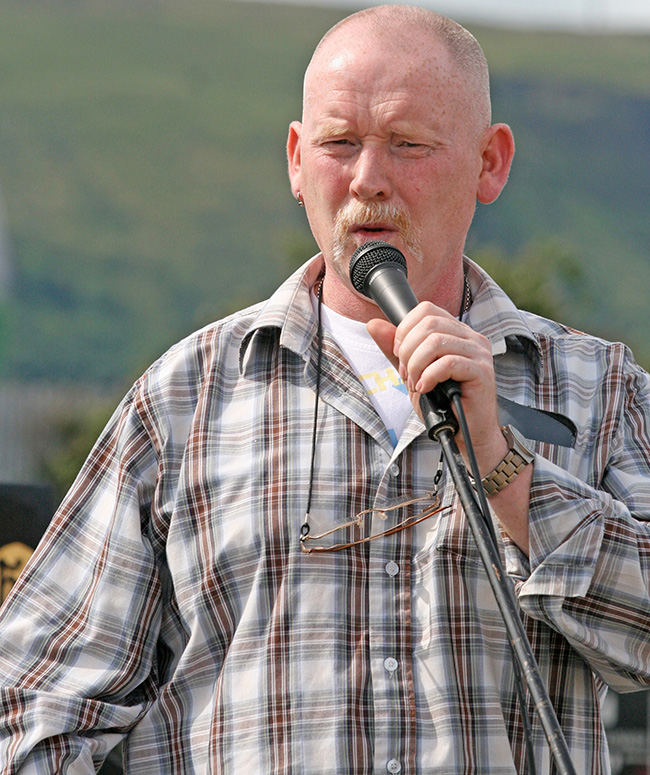 The unionist parties had to be dragged screaming into power-sharing but over time they realised that nothing will work without consent between unionist and republican.

People forget how awful the conflict was. When the British Army would seal off entire streets for house-to-house searches, would arrest young people at will, take them into the barracks, or throw them out on the Shankill Road from the back of an armoured car.

Back then the conflict was widespread, there was anger, there was support for armed republicanism.

The background to our resistance was the pogroms of 1969, the gassing of entire streets in the Falls, internment and the torture of prisoners, the massacre of civil rights marchers, the killing of women and children by plastic bullets.

Our comrades were killed. Men like Albert Kavanagh, Jimmy Quigley, Paddy Maguire, Stan Carberry, Paul Fox and Seán Bailey – to mention those of just my generation. Dozens of others from this area went to prison.

And so I would appeal to those small groups engaged in armed actions to consider just how wrong and pointless your campaign is.

There is no way will you ever be able to replicate the tempo or magnitude of the IRA’s armed struggle or be in a position to negotiate.

Because you have an AK47, it doesn’t make you a freedom fighter. That status can only be conferred by the people you claim to represent, whether they consider themselves oppressed and disenfranchised, whether they consider themselves alienated to the point of opening their doors to you, marching for you, financing you, defending and arguing for you. If you think this is the case then you are delusional as well as being a danger to yourselves but, more importantly, to others.

Any of us could have found a reason to bow out of supporting the struggle. And that’s why I come to praise the loyalty of people like Seándo Moore who could adapt to and overcome any circumstance: be it being assaulted and beaten in Springfield Road Barracks or Castlereagh; be it in the Cages where we had political status and he kept up our morale through raids and beatings; or in the H-Blocks where he fought the system every day and every night through his Blanket Protest; to his all-Ireland work after the ceasefire when, despite being gravely ill with cancer, he remained loyal, especially to the Hunger Strikers and Blanket Men of the H-Blocks and the Armagh women.

Seándo Moore was one of the most loyal republicans I have ever come across. He was a loyal son of Ballymurphy and his adopted, beloved Beechmount. He was a loyal husband to Patricia, a loyal father and grandfather. He was a true Irish republican and a freedom fighter in the truest sense of the word.

Our friend, our old friend and comrade, Seándo.